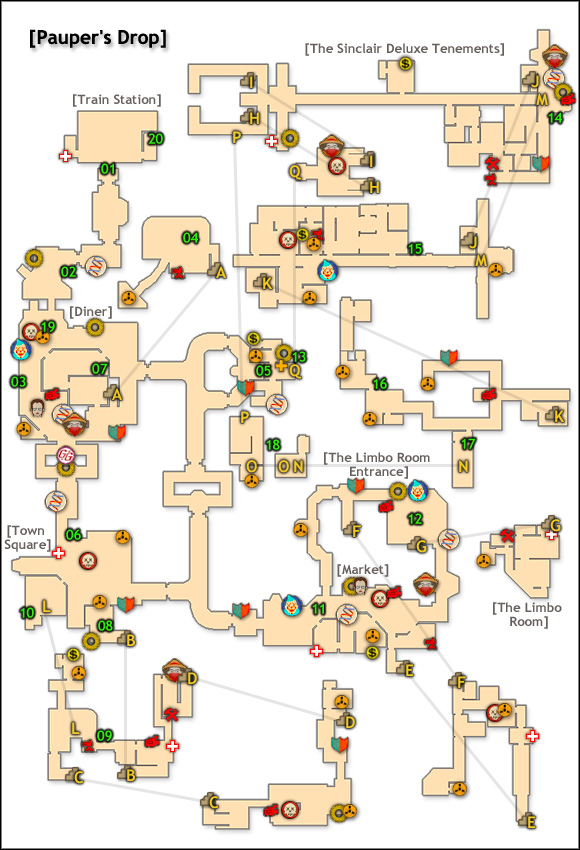 Power to the People stations: 3

01 - Before you can move forward, you have to hack the mechanism at the southern door.

02 - You will come across the first Gene Bank. These machines allow you to swap your Plasmids and Gene Tonics. Those which you won't equip will be stored in the Bank. A few steps ahead you will have to face three enemies

03 - Go round the building in the centre, you will find a camera and a Little Sister accompanied by her Daddy. Fight her guardian and adopt her. Even if you have decided to eliminate all the little ones, it's best to do it after collecting ADAM (you can decide to harvest the Sister while next to a vent). This way you will get more ADAM.

The map suggests that there are two Diaries in the area, but the one by the dead body won't be available now. Don't bother with it for now.

04 - Climb up to the roof. Hack the turret (you don't necessarily have to use the Darts, you can as well electrocute it and then run to it and hack it). Move to the florist's roof and collect an Audio Diary and a Tonic - [Hacker's Delight].

05 - Check out the rooms on both sides of the blocked corridor. You will find a safe and an Audio Diary among others. Backtrack to the Town Square - you have to follow your steps, as the passage leading to the corridor with a nice sea view is blocked.

AUDIO DIARY: [Wrong Side of the Tracks] - Augustus Sinclair

06 - You will have to fight a Brute Splicer. Constantly move during the fight and make use of the surroundings. Take the Audio Diary from the north-east part of the square. It turns out that the building you're trying to get to is locked from the other side.

AUDIO DIARY: [The End of the Line] - Prentice Mill

The second Diary will lead you to the cafe on which's roof you have seen the turret. Go back there.

07 - Enter the building through the southern entrance. Search the body in the corner. After picking up his former gun - the [Double-Barrelled Shotgun] - you will have to fight a couple of enemies. Return to the locked Clinic door. 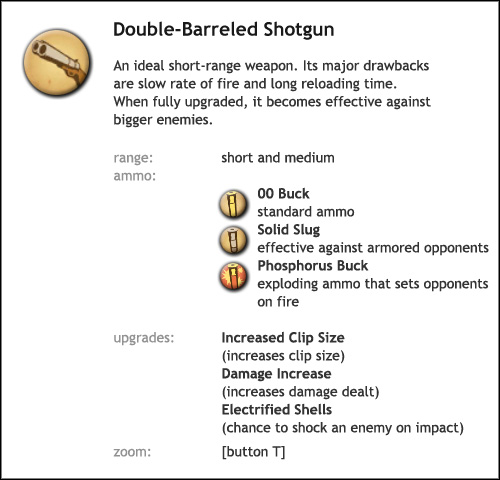 08 - Input the code - 0047 - and get into the building. Watch out for falling barrels while going up the stairs.

09 - You will come across a Diary, Power to the People station, camera, turret and a safe.

It's worth to check out the upper floor, where besides a nice place to defend during collecting ADAM, you will find two Audio Diaries and (in the northern room) the [Shorten Alarms] Tonic.

Jump down through the hole in the roof and into the locked building.

10 - You will find a new toy - a [Research Camera]. You will have to activate it by the entrance and record the Splicer's last moments. Head to the Market in the east.

NOTICE: It's a good moment to learn a new habit - whenever it's possible, try to activate the camera before fighting an enemy. If you will put some heart into it and use various methods to kill your enemies, you will quickly gain bonuses. If you want some details on it, head to the "Enemy research".

11 - You will see a fighting Big Daddy, which is a good occasion to stay behind and record the fighting Splicers. The Big Daddy will afterwards summon a Little Sister from the nearby vent. IF you have "accidentally" killed him, have no fear. After a couple minutes a new one will appear (you can use this fact to your advantage and conduct research on this enemy, assuming you're doing alright fighting him).

NOTICE: From now on, whenever you take care (in one way or another) of every Little Sister on a given level, the Bigger one will appear (you will hear her scream after dealing with the last Little one). Trying to run is pointless, as she will find you wherever you hide. You can only make preparations for the fight by moving to a narrow corridor or a small room. Your movements will be limited, but so will hers.

12 - You will come across another Brute Splicer. You have to record its death. In the room below you will find a gift from Eleanor - the [Hypnotize] Plasmid, a Power to the People station and an Audio Diary. On the upper floor - 2 Diaries and the [Fire Storm] Tonic. Return to the collapsed passage (you can use the glass tunnel).

13 - Fill up on fuel from the machine on the wall and use your new attack on the rubble blocking the passage. Equip the drill, hold down the [left mouse button] and press [shift].

14 - Deal with three enemies and go up the stairs. As for now, you don't need to search room 106, you'll return to it eventually. Go along the dark corridor. In the room to the left there's a safe. The corridor is blocked at by the end, so enter the room on the right. There's a Power to the People station nearby (guarded by a turret). Nearby the vent there's a camera and the [Freezing Drill] Tonic. If you go up the stairs and jump left, over the missing floor fragment - you'll reach an Audio Diary.

Go back down and look at the corridor while under the camera. It turns out that it has collapsed quite fortunately, so use it to reach the upper floor.

15 - Check the other rooms and you will find a safe, turret and an Audio Diary. You will find to the south, behind a Brute, with whom you will have to fight.

Go upstairs using the collapsed floor in one of the rooms.

16 - You will find three Diaries on the 3rd floor. On your way you will also come across a camera. Room 306 is closed at the moment. In Eleanor's room, you will find the [Keen Observer] Tonic.

As you can see, nanny Grace is hiding. Behind the poster you will find a button which opens a secret passage in the closet. Find your target. Now it's time to make a choice. Take the key from the desk and decide whether to kill Grace or let her live.

NOTICE: this moment is one of the factors which will influence the ending. See more in the "Possible endings".

18 - Use the next hole to quickly get to the 1st floor. Take the Diary and return to the hall. Fight the enemies who will exit the elevator. Now you have to return to the train station. Keep your eyes for enemy turrets and have the Electro Bolt equipped.

19 - At this point you will get attacked by a Brute; in his body you will find the last Audio Diary on this level.

20 - Enter the booth by the train, insert the key and leave the place.