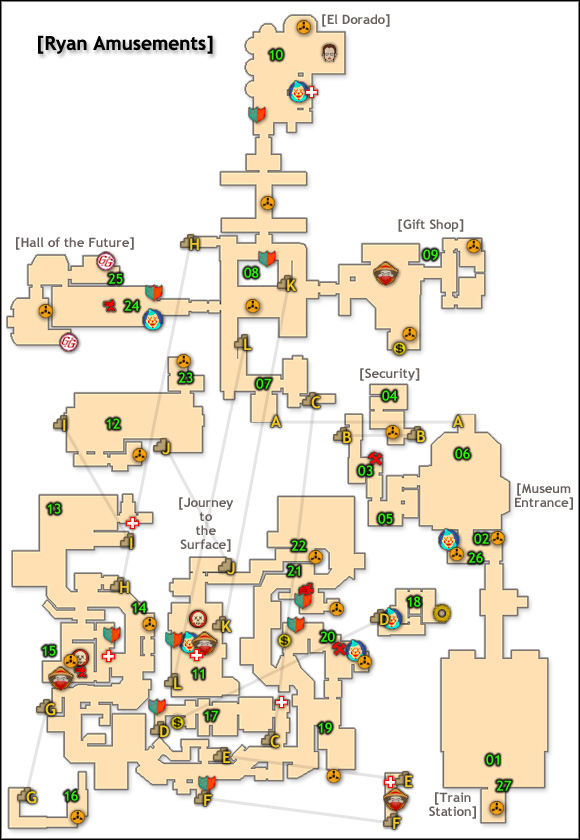 01 - You begin the level at the station. It turns out that you can't go any further without getting a Plasmid which will help you in melting the ice that's blocking the tunnel.

02 - There are two Diaries in the room, however you won't be able to get the frozen one at the moment. Never mind that, you'll collect it on your way back. There's an enemy waiting in the big room, on the way to the next point.

03 - You will find the first [Power to the People] station. In these machines, you can choose one free upgrade to a given gun. Unfortunately, each station can be used only once.

04 - Use a Hack Dart and open the door. Take the ticket from inside.

05 - You will find a new weapon type in the broken cabinet - the [Gatling Gun]. 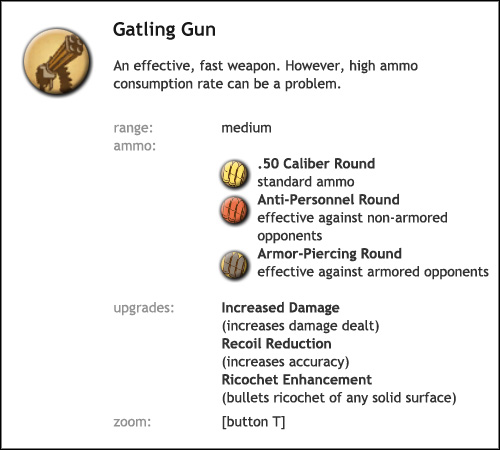 06 - In the big room you will have to fight a couple Splicers at the same time. Your new weapon will come in handy here and you can also test the upgrade you have bought. Use the ticket by the door and go inside the museum.

07 - Pick up your first Tonic - [Sports Boost], thanks to which you will move a little faster.

08 - Forget about the lower level for now. Focus on the Audio Diary.

09 - In the surrounding of teddy bears, you will have to fight a couple enemies. It's worth to take a closer look at the Diary and the safe. Afterwards you should get attacked yet again.

Take another Audio Diary from the toilets (use Electro Bolt on the panel by the bars). While searching one of the cabins, you will get attacked from behind by a sneaking enemy.

10 - On your way to the Little Sister, you Eleanor will grant you with another gift. This time you will receive a Tonic - - [Drill Power].

It's time to fight a Big Daddy. Keeping in mind that he won't attack us first, take a look around the whole room. Hack what you can and notice the oil and an exploding barrel. Tame the bot by the entrance. Use all those elements during the fight and well - shoot from whatever you have.

NOTICE: A more thorough description of the fights and strategies involved can be found in the "Big Sisters and Daddies" chapter.

After searching the body - adopt the Little Sister and go collect some ADAM. Get back to the main hall and go down the stairs.

11 - Get ready to fight a massive amount of enemies who will keep appearing while the Little Sister collects ADAM. You can place some traps on the stairs and eventually some around the girl herself (attached to the floor). Also make sure that the Healing Station is hacked. Once you put down the Sister, action will begin. The enemies will keep coming down from both staircases and in the end two will enter through the door behind the Sister. Try to stay near the little one all the time. She cannot be harmed, but will stop gathering if interrupted, which will lengthen the process and increase the number of enemies you have to face

NOTICE: You can check out the chapter describing the problems that a Big Daddy can come across while defending a gathering Sister.

12 - You should notice a woman shooting at you with a machine gun. Treat her with the same. Below you will have to deal with some more enemies and in the office on the left you will find a Diary.

13 - As you'll be going up, one of the round cabins will start falling down on you, fortunately slow enough for you to dodge it without any major problems - just strafe in either direction. It's time for a unique trip down a specially prepared track, during which exceptional, mechanical exhibitions will keep you amused.

14 - Before you go into the room with a dead body, you should collect the nearby Audio Diary.

15 - Hack the turret in the middle of the room and the Health Station too. You can place some traps (placing one on the exploding barrel is quite a decent idea). The task is made easier thanks to the turret, but nevertheless you won't have time to get bored while the Sister is collecting ADAM.

16 - On the floor, apart from the Diary, you will find machine gun ammo and rivets.

AUDIO DIARY: [Truth is in the Body] - Sofia Lamb

17 - Another safe waiting to be opened. However before you start hacking it, it's worth to consider pulling off a little trick. A couple steps away from the safe there's a switch which deactivates Security Bots. It's worth to intentionally make a mistake during the hacking (stop the needle on a red field), which will summon the bots. Quickly run to the switch and turn them off. Now you can easily take over both machines and activate them.

18 - You will have to make your first moral choice. The deal is easy - you can either kill the girl and get more ADAM, or save her and get less, but receive gifts in the future.

NOTICE: The issue is quite important (it affects the ending), I would strongly recommend to familiarize with the chapter covering the Little Sisters.

19 - Climb up the big mechanical hand and search for the Diary.

20 - Another [Power to the People] station and on the right - an Audio Diary.

21 - One of the citizens has barricaded himself here with a machine gun. You can help yourself by taking over the camera. In the room at the back (behind the planks), there's a hidden room with an Audio Diary.

22 - Take the Audio Diary. You will come across a lever which will open all the metal doors which have been locked until now. Go up, kill a couple enemies and turn right.

23 - In the small room you will find a new Tonic - [Booze Hound]. It works great once combined with the alcohol-filled warehouse in the back. Return to the museum's main hall.

24 - Hack the turret and if you want - back it up in the fight. Search the rooms and you will find and Audio Diary and a Gatherer's Garden. Buy yourself a new Plasmid - [Incinerate!]. Try not to spend the rest of your ADAM, you'll return here in just a moment.

25 - Use your new power do get rid of the ice blocking the passage. It turns out that there's a second Gatherer's Garden and it has a completely different offer. Now you can make choices on what to buy. Despite the fact that in BioShock 2 you cannot go back to previously visited locations, there's nothing to worry about. In the machines you will come across later on, you can find most of the stuff which you haven't yet bought.

As you go back to the train station from the beginning of the mission, you'll get attacked by a Big Sister. Another chance to test out your new Plasmid. Remember to search her body and collect ADAM.

26 - You can get the previously unattainable Diary by melting the ice block.

27 - Begin with melting the ice block blocking the way. Afterwards go to the control room and pull the lever. After a short cutscene, enemies will appear. Make use of the pool of oil by the entrance. Once you finish off the enemies, check out the newly opened room to find an Audio Diary.

Step into the train and go to the next level.