This page of the guide contains the most important information about exploring the world in Biomutant. You will learn e.g. how to explore the available areas, what dangers you may come across, and what obstacles you may encounter if you want to explore 100% of the game world. 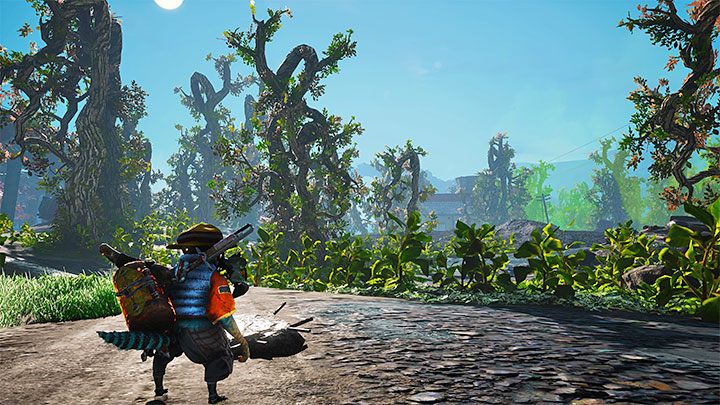 In Biomutant, there's a fairly large open world to explore, which you'll be able to start traversing after you complete the prologue in the Bunker 101. There are no "aggressive" invisible barriers in the game, although the protagonist may not be able to e.g. reach some high mountain peak if its slope is too steep.

The world map is initially covered with fog, but as you progress through the game, you will be able to gradually explore it and find smaller individual locations in the process (e.g. villages or bunkers) which can be explored more thoroughly - each such location has its own list of quests to complete. The location challenges are varied and may include finding interactive devices or containers with rare loot.

For more information on exploring the game world and completing various locations on the map, see sections Game world - is it very big? and Locations at 100% - how to complete?. 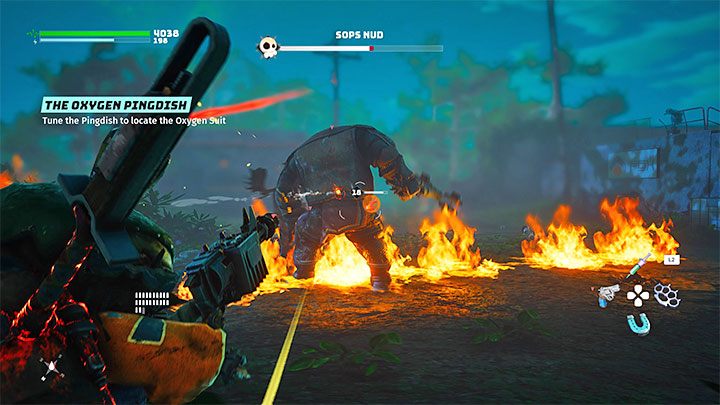 As you play Biomutant , you must expect frequent enemy encounters. You can try to escape from some enemies if you don't want to fight them. This can be more difficult in case of enemies that guard quest locations or areas worth exploring.

Pay attention to the enemy's experience level - if it's significantly higher than yours, or if you can see the skull icon, consider resigning from the fight, or being very careful throughout it. Enemies can deal a lot of damage and be very resilient. It might be a good idea to rely more on ranged attacks and powers so that you avoid close combat.

We have included more tips and tricks in the Combat section.

Bodies of water and oil tanks 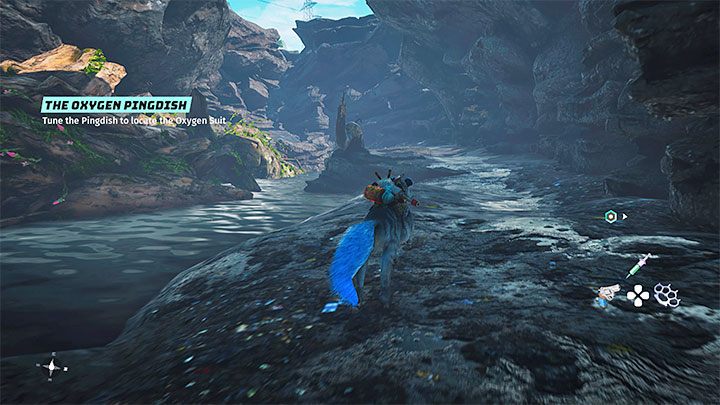 While exploring the game world, you must remember that some non-combat actions can also easily kill you. The biggest "threat" are water bodies. After you jump into the water, your Ki energy will start to deplete quickly. If you don't get out of the water before your energy bar runs out, you will drown. Later in the game, you will fortunately unlock a water scooter, which will make it much easier for you to travel across areas with plenty of water.

Oil tanks pose an equally significant danger. Jumping into such a tank works like quicksand - you will be quickly pulled under, and and if you don't react immediately, you will die. It's best to avoid the oil tanks, though after you unlock the Mekton mech later you can also remove oil and unlock new passages.

We have included numerous tips on dealing with bodies of water and oil tanks in the section Swimming - is it possible?

Other dangers in the environment 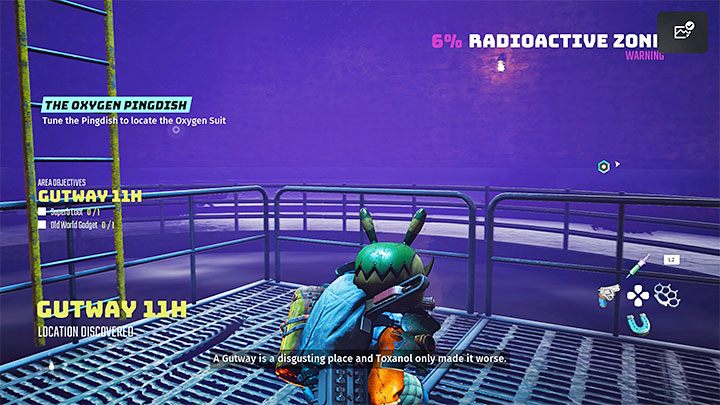 Big reservoirs are not the only problem, because you must also remember about the dangers of contaminated environment and bad weather conditions. They only affect selected areas of the map, but you can die in them easily as well. This will happen if you remain in a contaminated area for too long without proper protection.

Contaminated locations come in five varieties related to the elements. Problems may include Heat, Biohazard, Cold, Radioactivity, and Hypoxia. In any case, the best solution is to get and wear a proper suit that will make you immune to a certain element. Until you get a suit, it is best to avoid these areas or seek shelter when visiting them (e.g. the interior of a large building).

You can find complete information on the environmental hazards in the sections Suits - how to obtain them? and Statuses and Elemental Resistances. 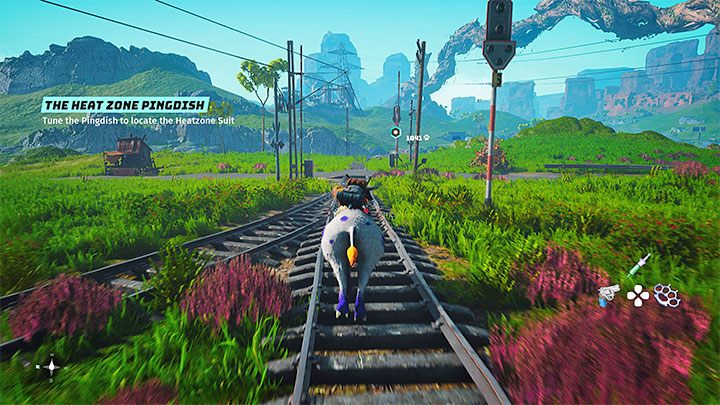 Another way to make travelling easier is to use different modes of transportation. These primarily include mounts, but later in the game you can also unlock e.g. mechs and water scooters. Additionally, using mounts and vehicles doesn't prevent you from performing distance attacks. Therefore, you don't have to stop attacking while using a particular machine.

For complete information on acquiring new modes of transportation, see the pages Mounts and Machines and The Mekton Mech - how to unlock? 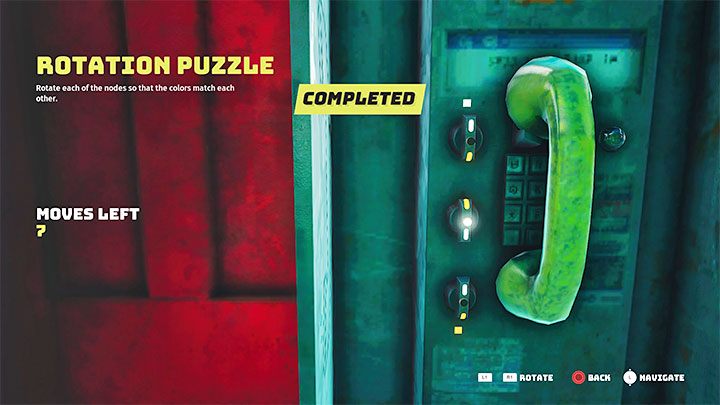 When exploring the available parts of the map, you can quite frequently come across some small puzzles to solve. They come in several different varieties, most of which involve rotating interactive elements to create a pattern or color-match adjacent objects. Solving the puzzles can help you gain loot or make progress in your quests.

An important feature of each puzzle is that you have a limited number of moves to complete the puzzle. If you exceed the limit, you will be electrocuted and you will have to solve the puzzle all over again. It's a good idea to plan all of your moves before you start the puzzle. You may also choose to save your progress before starting a puzzle so that you can load a previous game state if necessary.

On the page Puzzle difficulty level - how to lower? we have posted some valuable tips on how to make puzzles easier to solve. 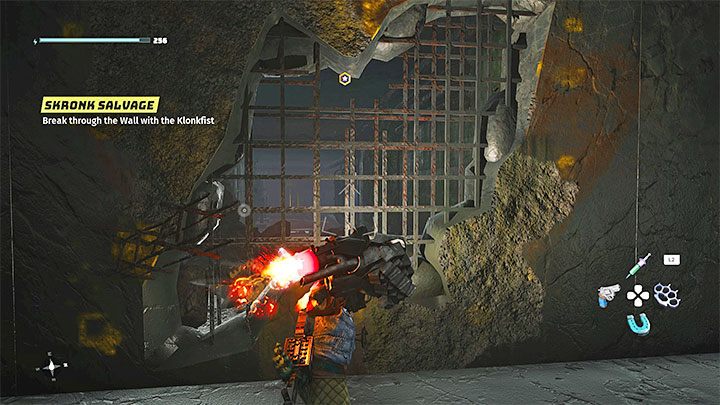 There are two gadgets in Biomutant that need to be used if you want to explore all locations 100%. These are: