This page of the Biomutant game guide contains a walkthrough of the Jumbo Puff boss fight. You will find out when the fight against Jumbo Puff happens, what attacks the boss has and how to avoid them as well as how to defeat him effectively and quickly. 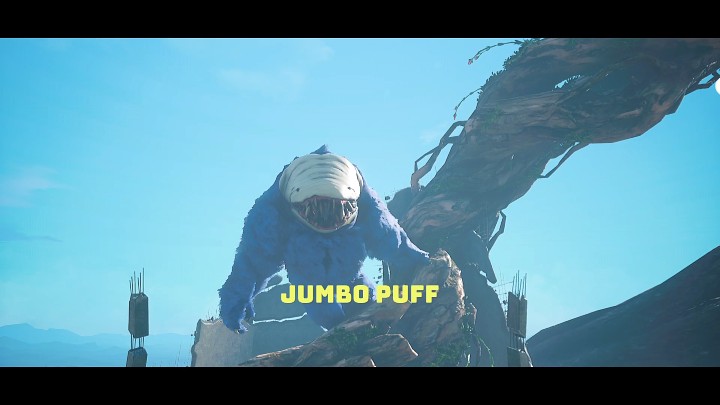 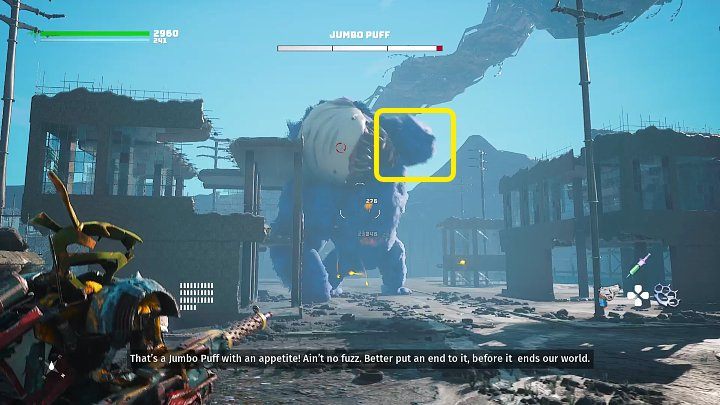 When the boss raises one of his big paws, it's a sign that he's about to hit the ground and create a wave of fire that will move towards you. This attack is the easiest to avoid by staying at a considerable distance from the enemy. 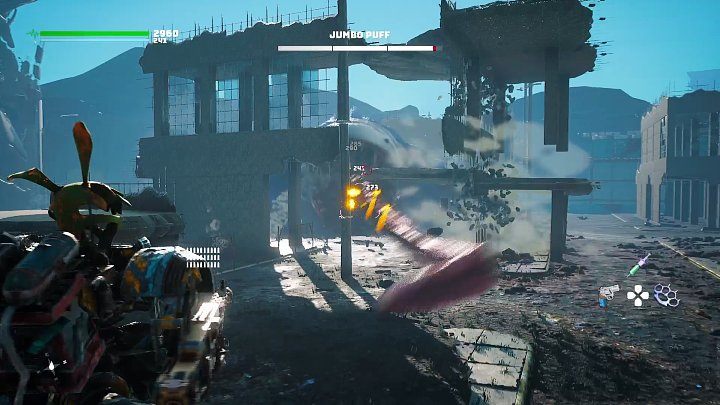 Jumbo Puff can launch a fast tongue attack that has a really long range and can pierce through walls, so it's a good idea to keep the boss at a distance. Be prepared to do a sideways dodge if necessary. 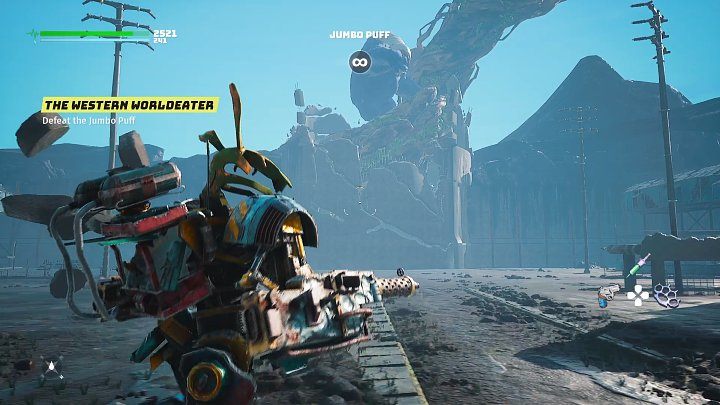 When Jumbo Puff jumps onto a root of the Tree of Life, he will start throwing boulders at you - keep your distance and avoid them by moving to the side or dodging. 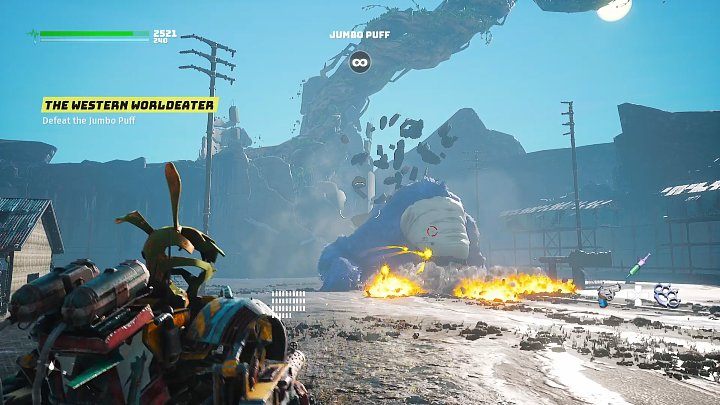 After each boulder sequence, the boss will jump into the arena and cause three fire waves to spread out in different directions. There will be quite a bit of space between them, which will allow you to avoid receiving damage if you get too close to the enemy. 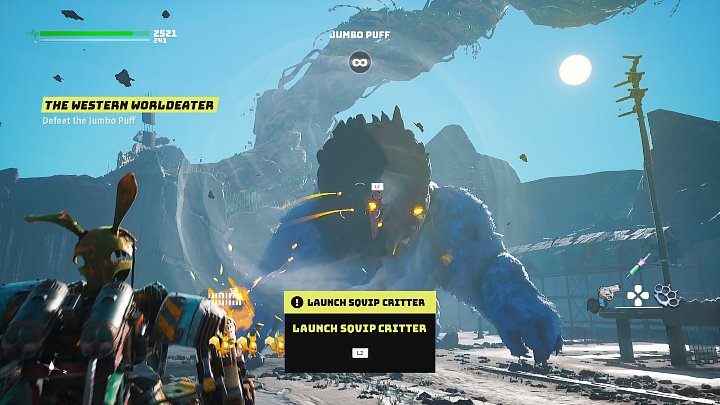 When the boss opens his mouth and starts breathing in, you'll have to use the Sqvip launcher to interrupt this attack - press the button that appears on the screen (L2 on PS4/PS5). 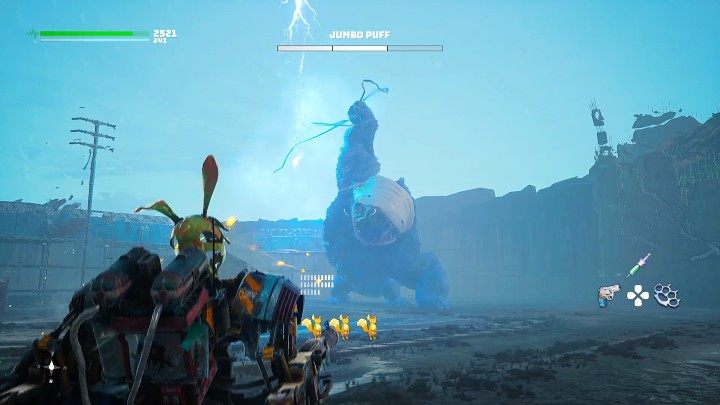 At the beginning of the second stage, Jumbo Puff will break the high voltage line and start using the electric cable as a weapon. When you notice that your enemy starts to lower his massive arm, it's a sign that he's about to hit the ground - be prepared to do a sideways dodge. 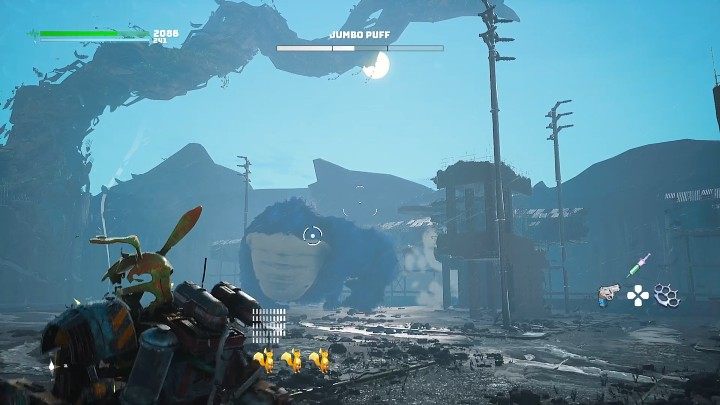 Charge is the second new skill of the boss. The moment Jumbo Puff stands still and lowers his head, it's a sign that he's about to charge at your hero - be prepared to dodge sideways. 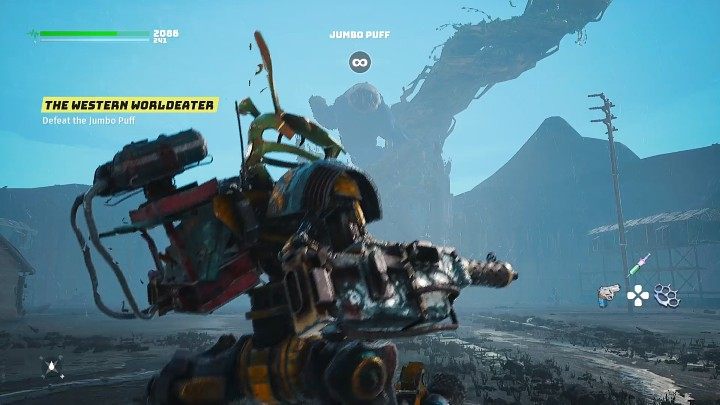 In the second stage, the boss will jump onto a root of the Tree of Life again and start throwing boulders at you - keep your distance and avoid them by moving to the side or dodging. 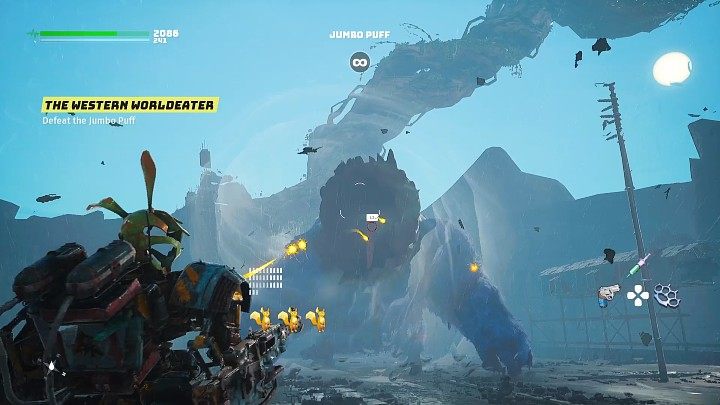 When the boss opens its mouth and starts breathing in, use the Sqvip launcher to interrupt the attack.

The third phase of the fight 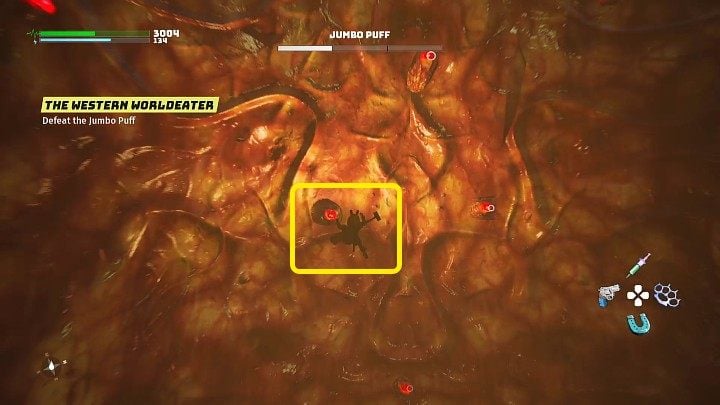 In the third stage, Jumbo Puff will swallow your hero and you will go straight to the monster's stomach. Get a hold of the red spears as soon as possible and jump to the next level.

If you don't catch them, you will be pulled into the intestines, eliminated and then crushed, leading to your death. 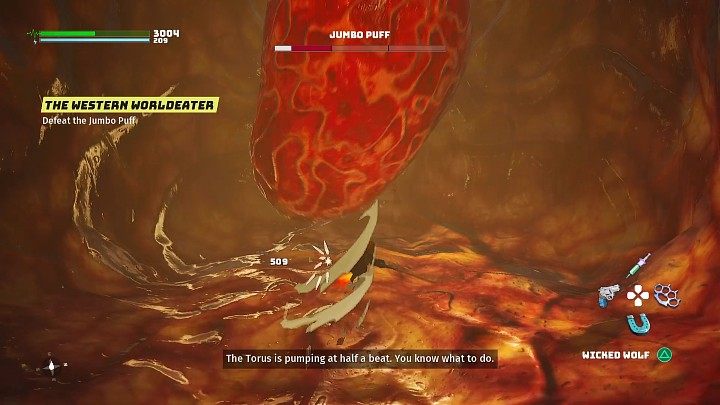 Approach the monster's heart and hit it with a cold weapon or ranged weapon to weaken the last health bar of Jumbo Puff. If you get knocked down inside the stomach again, you will have to jump up again and attack the heart until the creature dies. 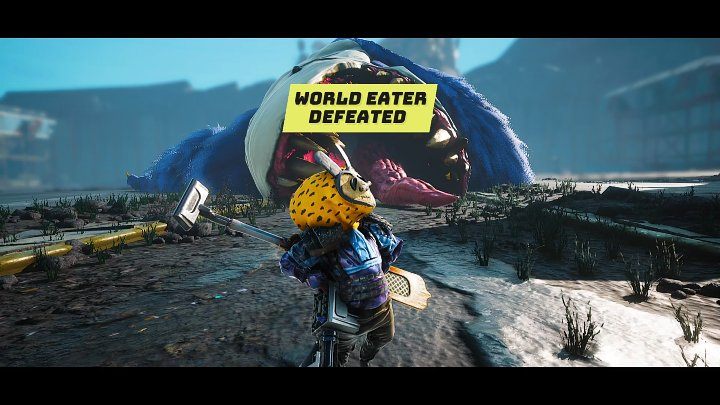 Once the heart of Jumbo Puff is destroyed, the creature will drop dead and the fight with the first boss of Biomutant will be over.