On this page of the Biomutant game guide you will find a detailed walkthrough of the main story quest The Tribe War Begins.

Meet your allies from the Myriad tribe and together attack the first outpost of the enemy Jagni tribe.

If you have allied with the Jagni tribe, you will be attacking the Myriad tribe outpost instead. 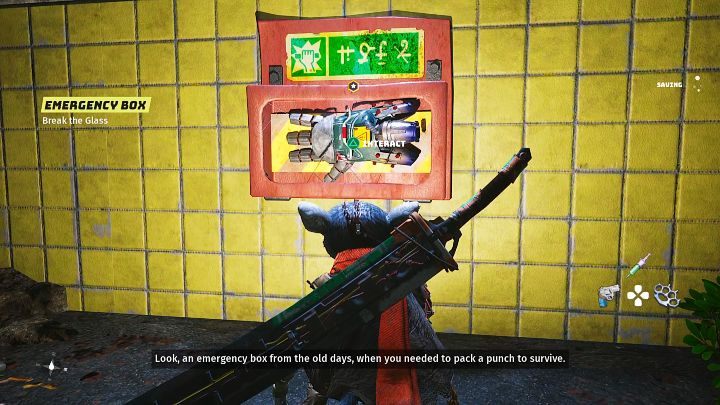 While walking through the underground station, open the marked door. In this room you will find an extremely useful weapon called the Old World Klonkfist, which allows you to break through walls. 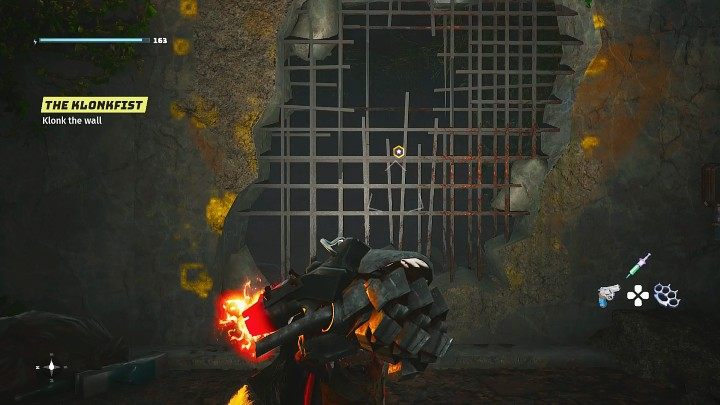 Use the Old World Klonkfist to attack the wall three times and open the passage to the rest of this location. Moving on, you'll have to fight a few enemies, and once you reach the surface, you'll get a chance to scour Bricktown - it's worth it to get additional items. 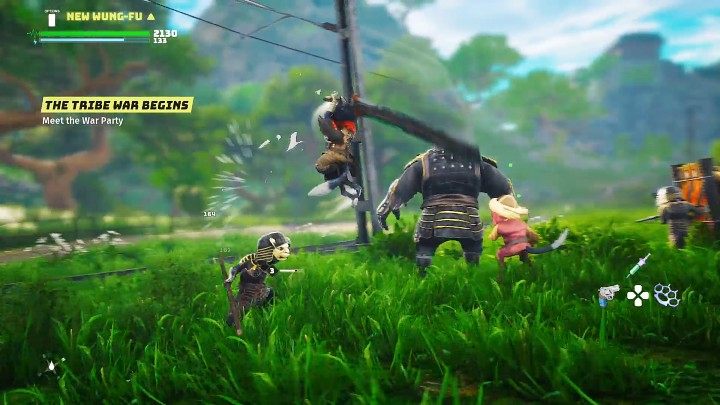 As you walk towards the enemy tribe's outpost, you will come across Myriad warriors fighting Jagni soldiers. Support your allies in the fight and then continue your journey. 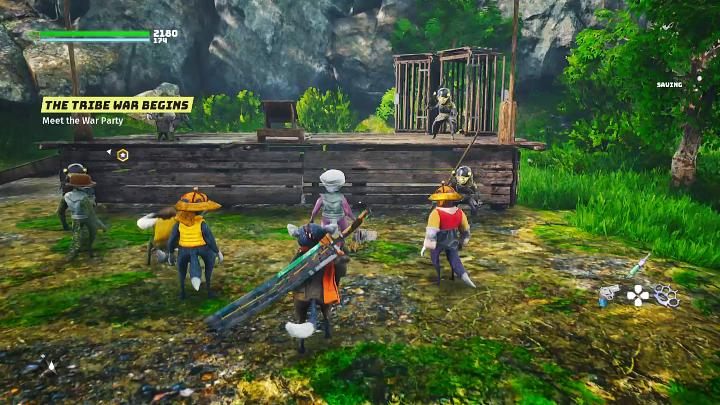 A little further on you will have the opportunity to do a good deed and free the villagers from the Jagni warriors. If you help them and then interact with the strange object that has an angel hovering above it, you will light up your aura a bit. 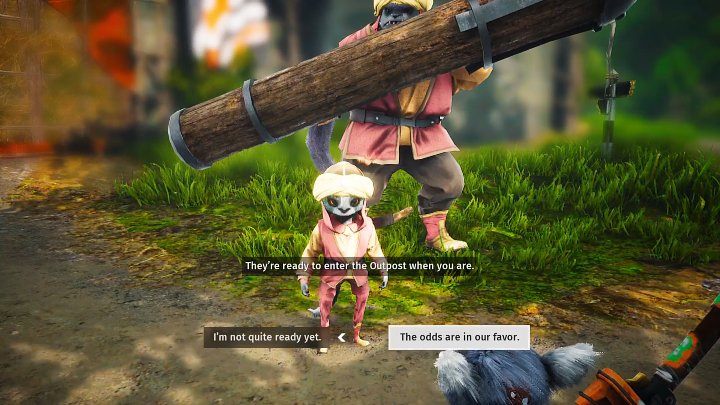 Talk to the smaller Myriad warrior and say that you are ready for the attack, and the larger one will immediately break down the door of the Jagni tribe outpost. 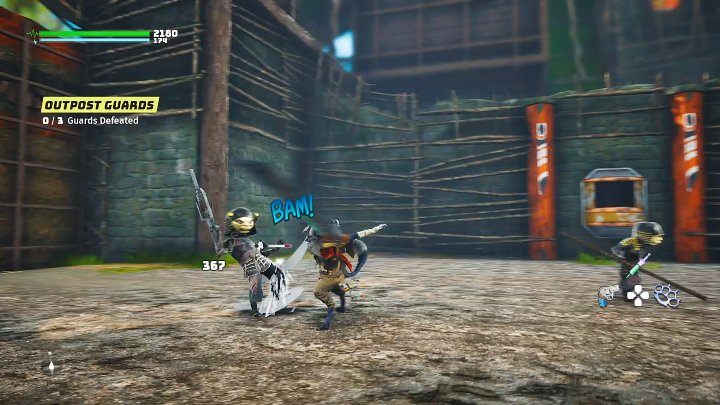 After entering the outpost, you will have to deal with three opponents who should not give you any problems. 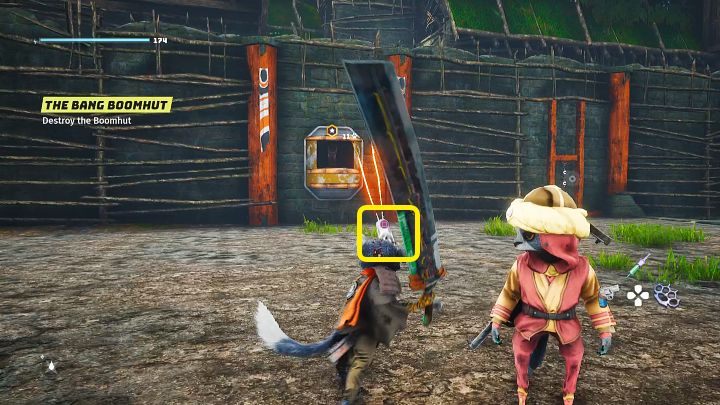 Position yourself so that your character is looking in the direction of the launcher. When the launcher spits out a projectile, deflect it by performing a melee attack at the right moment (when the right button appears on the screen). After destroying the first launcher, take care of the second one. 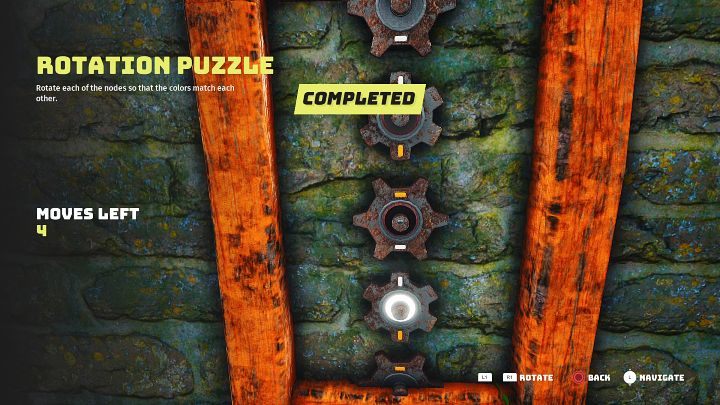 Now you have to complete a simple rotation puzzle in order to navigate to the drawbridge that will allow allied warriors to enter the outpost. Remember to connect the valves with the correct colors. 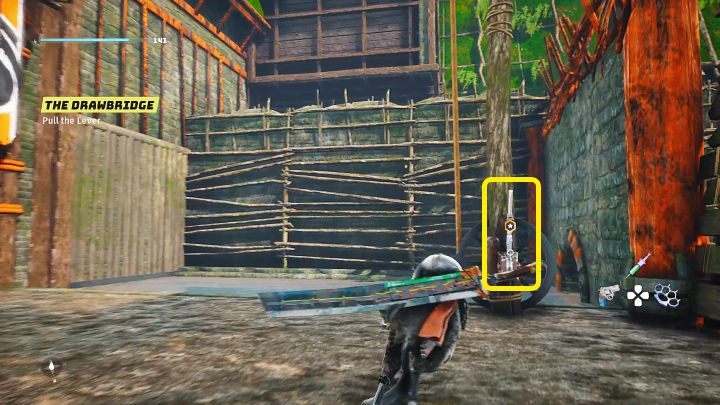 After completing the rotating puzzle, jump into the water and swim to the other side of the wall, then pull the lever to lower the drawbridge and open a passage for the Myriad tribe's troops.

Free the Prisoner of War 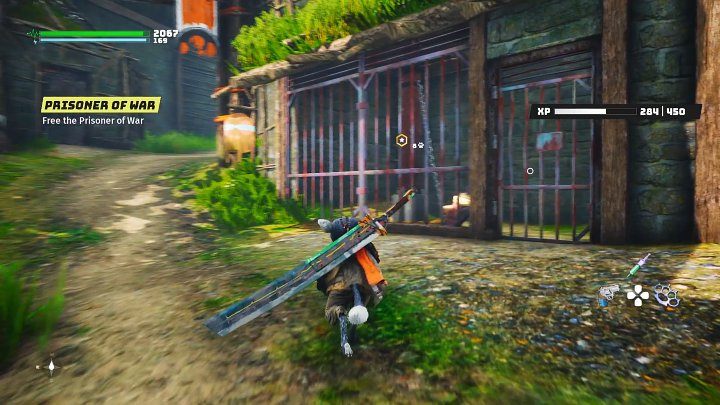 Defeat the two guards, then free the Myriad warrior who was locked in a cage. Before you go further, it's worth searching through the Jagni tribe outpost, as you can find new weapons here, among other things. 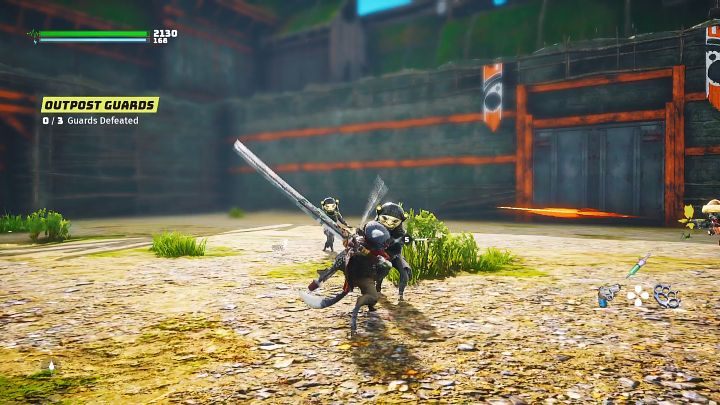 Once you enter the arena, you will have to defeat more guards. During the fight, watch out for the sniper who has taken a convenient shooting position on the high platform - since you can't take them out yet, you will need to avoid the red beam so your character doesn't get shot.

Make the Enemy Charge the Platform 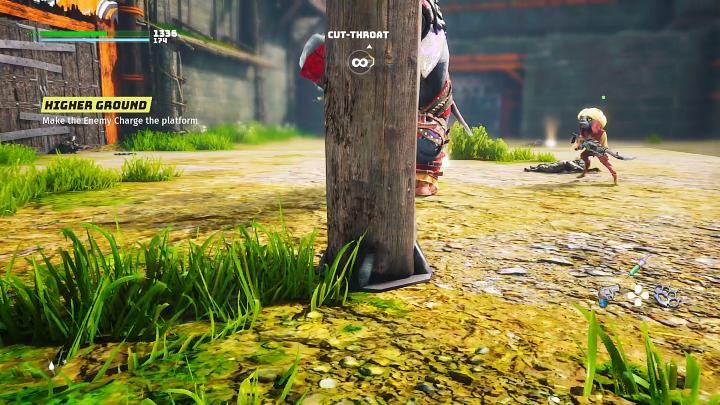 Position yourself behind a wooden pillar and wait for your opponent to charge at you. After the second attack, the platform will collapse and you will eliminate the shooter and the charging enemy in one fell swoop.

Blow up the Gate 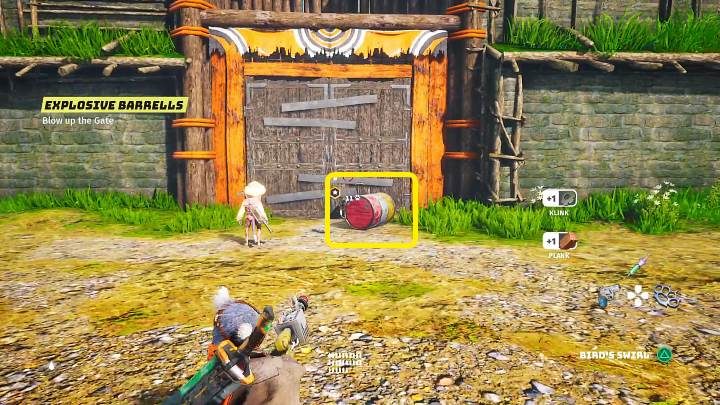 Hit the chute with your melee weapon, then hit the barrel to make it roll up to the gate. Shoot it a few times to cause an explosion and blow up said gate. 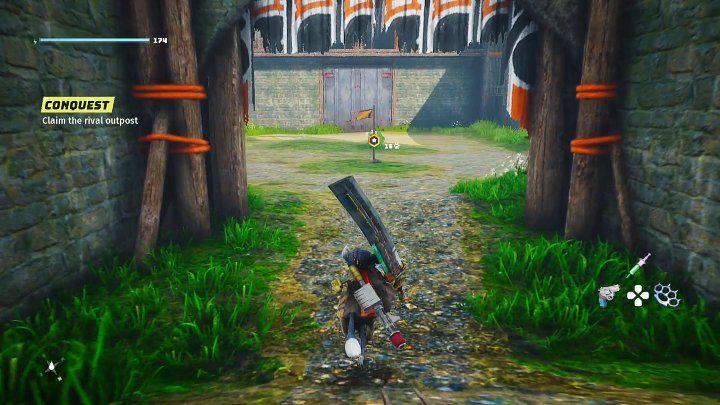 Approach the main quest marker and your hero will automatically take over the Jagni tribe outpost. After a short cutscene, you will acquire your first tribal weapon - the Boomerang of the Myriad tribe.