On this page of the Biomutant game guide you will find information on how to pass persuasion checks. You will learn under what circumstances persuasion may be attempted, the risks involved in choosing this option, and how to prepare yourself to increase your chances of successfully persuading the other characters. 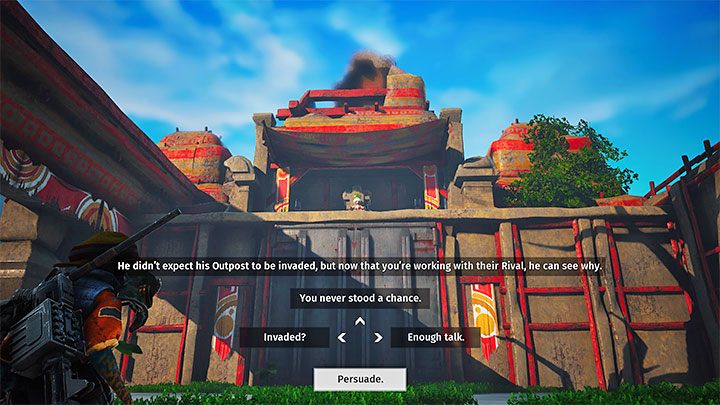 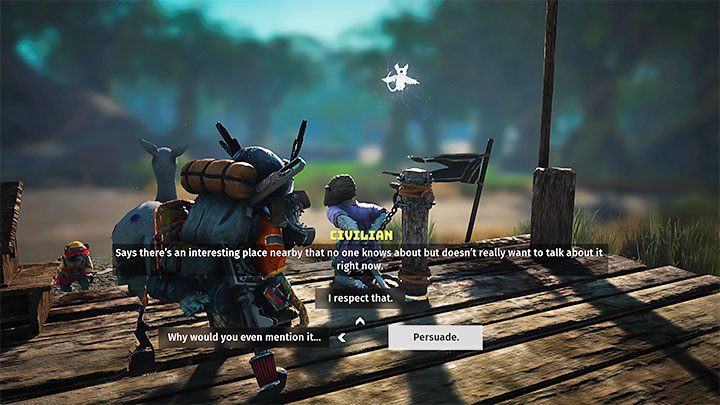 Persuasion in Biomutant works on a similar premise to popular RPG games - using it correctly will allow you to persuade the listener to change their attitude. 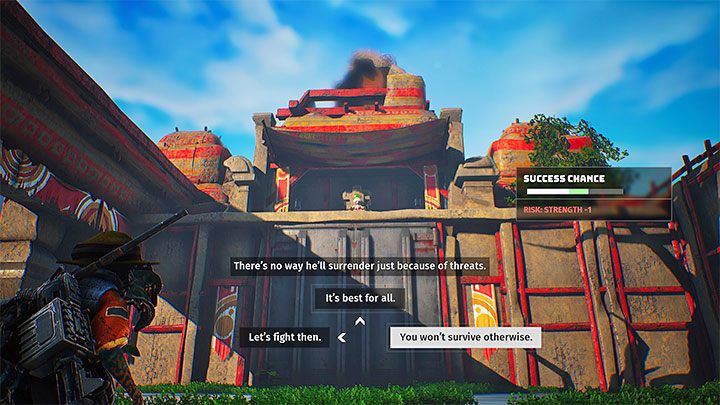 Using persuasion is fraught with risk. A persuasion attempt has a certain chance of success, which is represented by the bar that appears when you hover over a particular dialogue option. If you manage to pass the check, you will immediately complete the encounter successfully. If, on the other hand, the attempt fails, not only will you be unable to achieve the intended effect of the persuasion attempt, but you may also receive a penalty to your stats - in the example from our picture, our strength attribute has been lowered by 1 point. 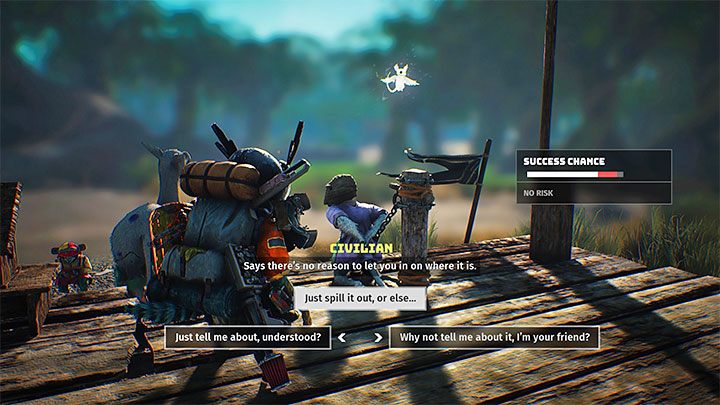 If you decide to use persuasion, the game may allow you to choose between several persuasion options. The different variants may have different chances of success (based on their associated character attributes), as well as potential stat penalties. Moreover, failing certain persuasion options may not involve the risk of losing an attribute point at all.

Remember that you can prevent these penalties by frequently saving your game. It's a good idea to do so before every major encounter or scene during your active quests. This will allow you to repeat the persuasion attempt and avoid the risk of lowering the hero's stats. 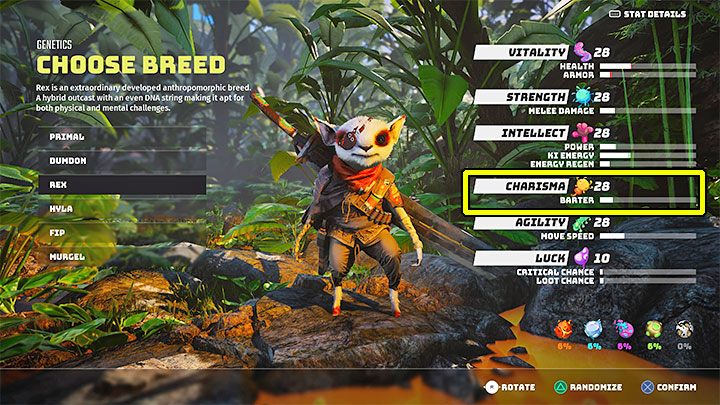 The effectiveness of subsequent persuasion attempts may be affected by the Charisma attribute. You can set its value during character creation, and you can also choose to increase it each time you level up. Higher charisma will also help you during other NPC interactions, especially in getting better prices from merchants. 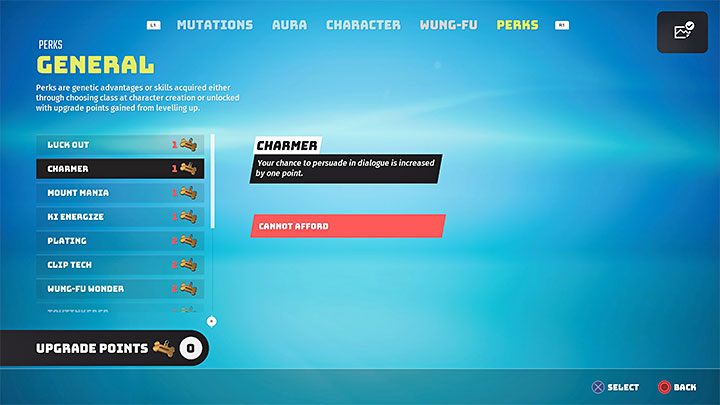 The effectiveness of persuasion is also affected by a perk called Charmer, which can be unlocked with just 1 development point. It increases the likelihood of succeeding in persuasion attempts. The perk activates automatically and you don't have to activate it after selecting it.