This page of the guide to Biomutant contains a detailed walkthrough of the main story quest An Alliance.

At this point in the game, you must make an important decision and ally with one of the tribes - Myriad or Jagni.

We have chosen the Myriad tribe, and we will describe both this quest and subsequent missions from that perspective.

Talk to the Myriad Sifu 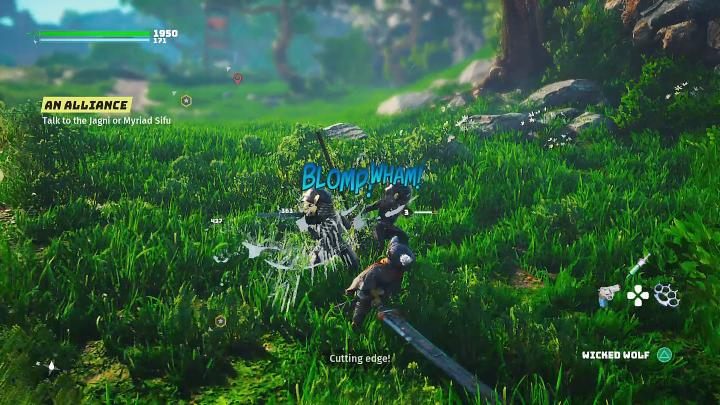 As you walk to the place marked on the world map, you will witness a battle between members of the Myriad tribe and Jagni warriors. Join the battle and help your future allies. 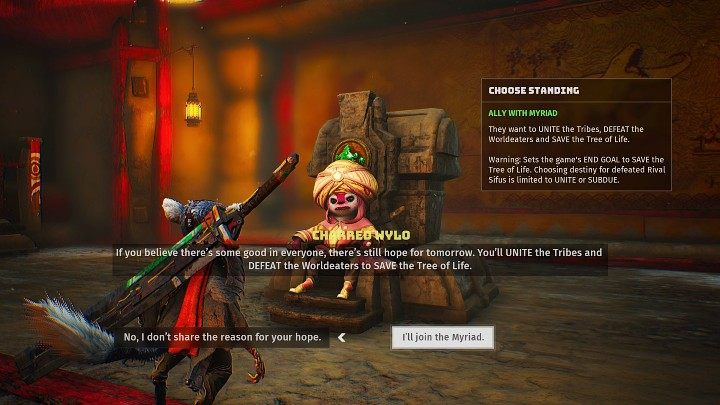 The Sifu of the Myriad tribe is convinced that defeating the World Eaters and saving the Tree of Life is the only way to create a better world. During the conversation, you will learn that Sifu was one of the first disciples of Wung-Fu and hopes to reunite all 6 tribes.

After leaving the fortress of the Myriad tribe, go through the cave and head to the ruins of the Old Village. Along the way, you will have to face Wonky Mump, a stronger enemy who has some special attacks. 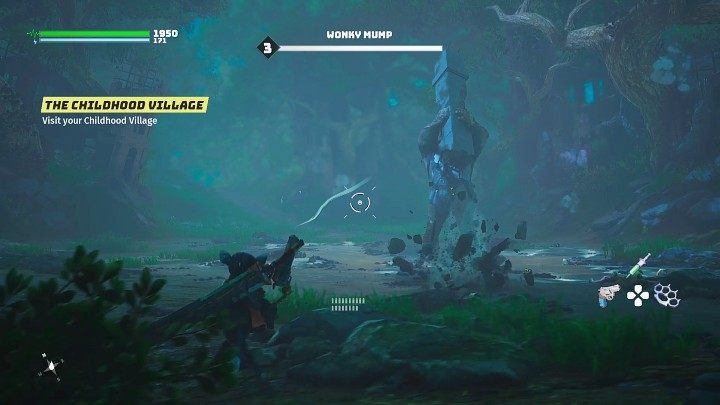 When Wonky Mump raises the stone pillar vertically, it's a sign that he's about to start hitting it against the ground, causing shockwaves - avoid receiving damage by jumping to the side. 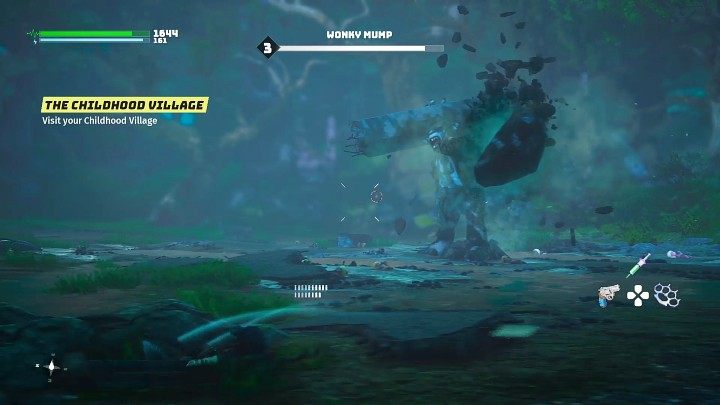 The enemy can also stomp on the ground forcefully, creating a sizable stone, which he will hurl at you after a moment. 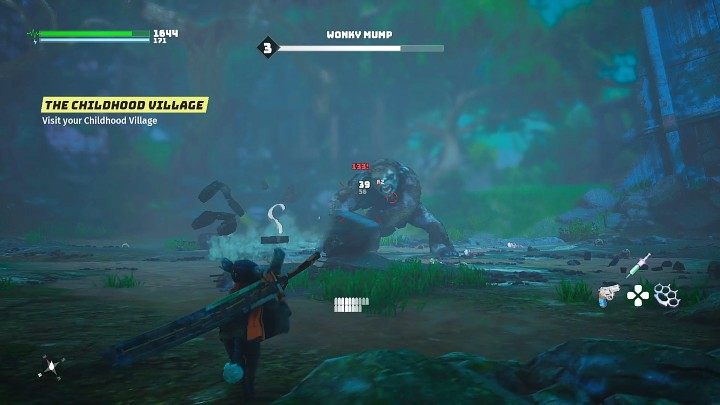 When Wonky Mump swings the stone pillar, he will perform a broad attack just above the ground a moment later- he will do that back and forth. In this case, it's a good idea to keep the enemy at bay and shoot him accurately a few times. 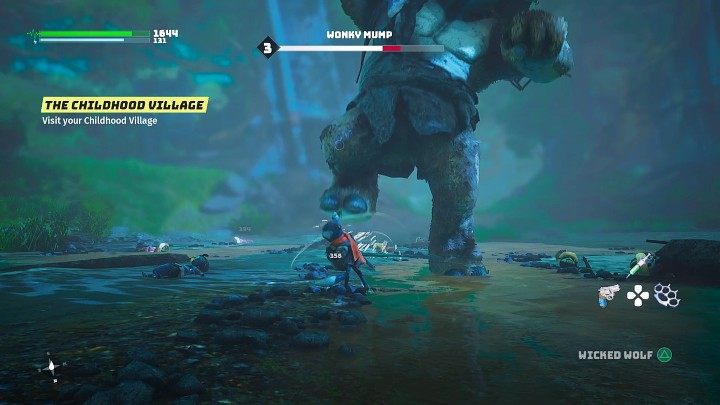 If you want to fight in close contact, watch out for the enemy's legs - when he lifts one of them up, it's a sign that he's about to try to stomp on you. 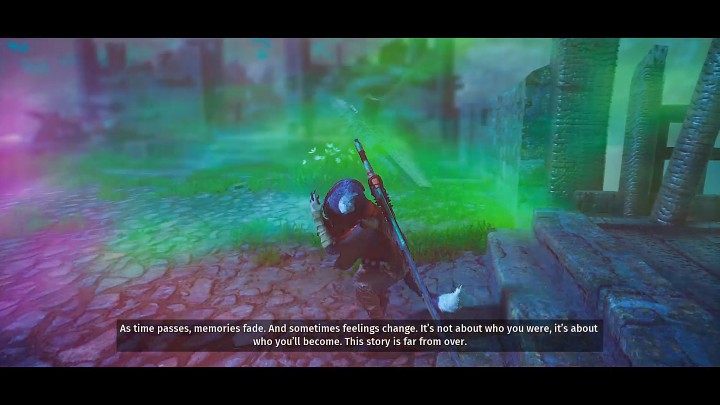 After the battle, keep moving towards the Old Village to get to the next stage of this quest. As you enter the village, another wave of memories will flood the protagonist. During this episode you will learn e.g. how to swim and craft.

Swim back to Goop 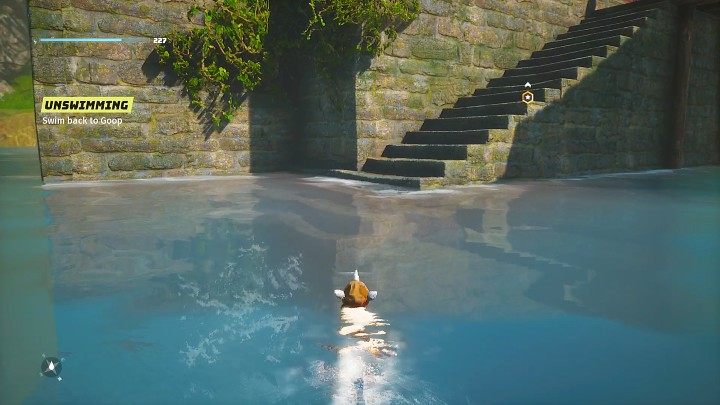 The first character you will meet during this sequence will be Goop, who will decide to teach you how to swim. As soon as he throws the main character into the water, swim towards the stairs - if you stay in the water too long, the protagonist will drown. Talk to Goop when you reach the surface. 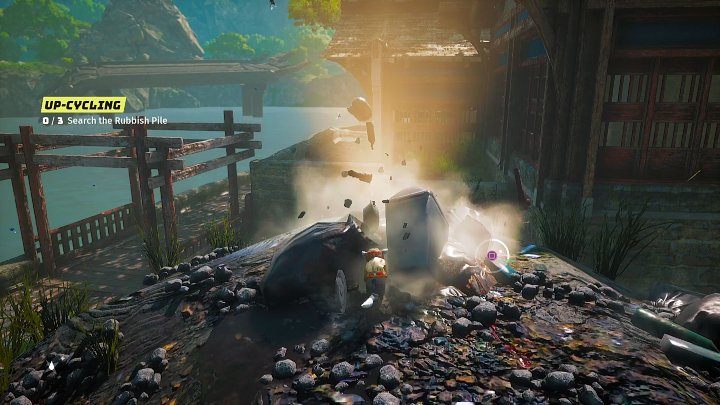 Then, you will be approached by Gizmo, who will teach you how to recover resources from rubbish piles. Approach the three marked rubbish piles and search them, then return to Gizmo. 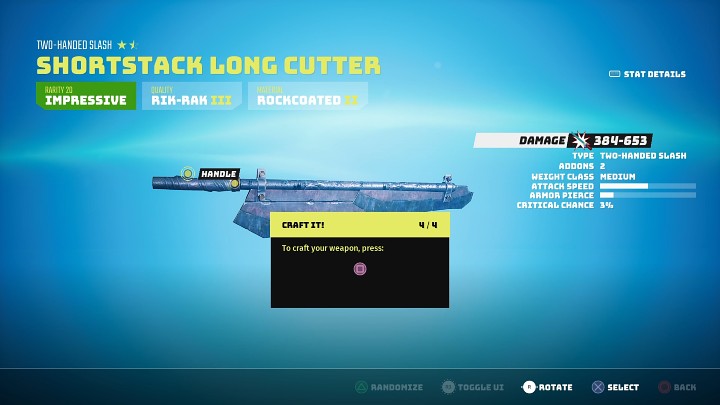 Now you will go through a short tutorial on crafting and then, you will be able to create your first weapon. Select the individual items and then confirm your choices with the correct button. 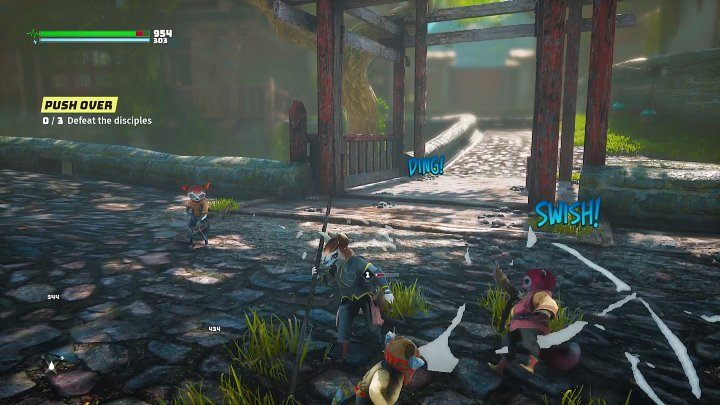 As you go further through the village, you will come across Puti Ankati and his gang. There will be a fight between you, which you will unfortunately not be able to win. 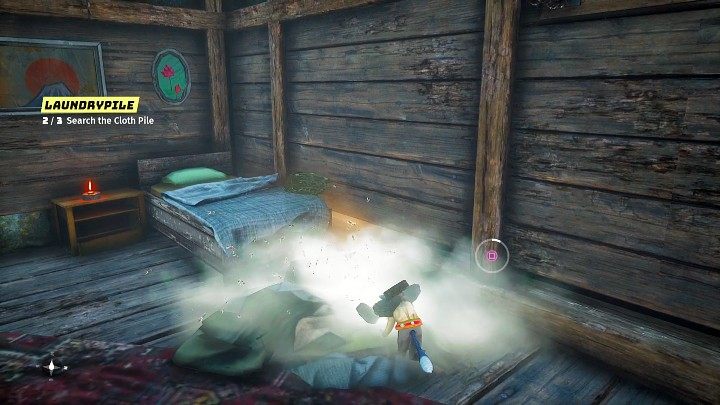 On your way to the training, you'll stop by Popsi's, who will ask you to search some cloth piles - you may find some fabrics that can be refurbished. Search the three piles and return to Popsi, who will teach you how to upgrade your items. 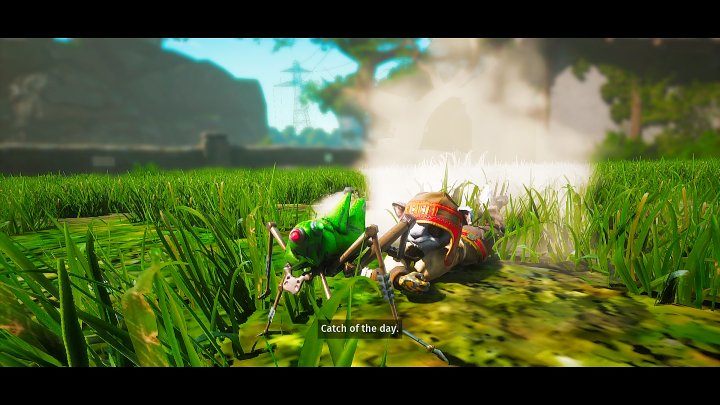 After the training with Muma, you will have to catch the Automaton - a small automatic grasshopper. Run after it, then press the appropriate button (on PS4/PS5 it's a triangle) and your character will immediately throw himself at the target.

Get out of the building 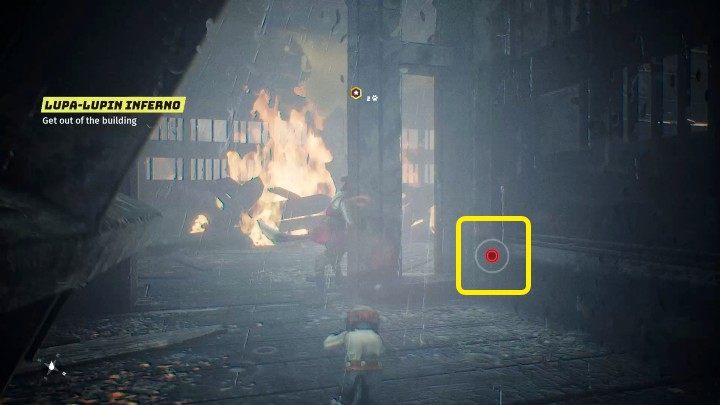 At night, Lupa-Lupin will attack and set the village on fire, and you will have to get out of the burning building. As you escape, you will have to perform quick-time events, which involve pressing the right button at a given moment. 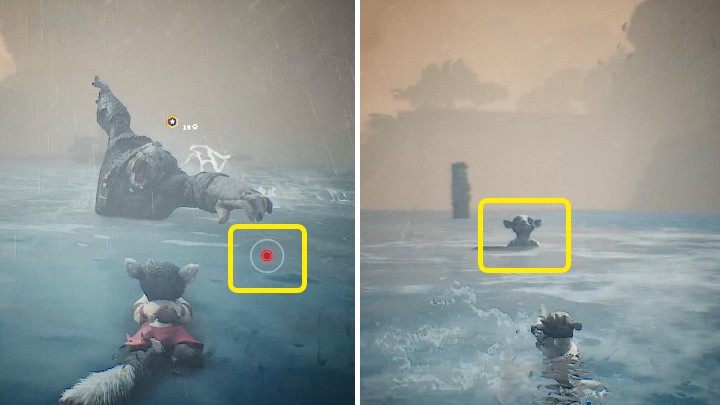 Swim up to Muma, and when Lupa-Lupin suddenly jumps out of the water, press the correct button at the correct moment. After performing a dodge, swim to Muma again, because you will not be able to swim to shore by yourself. You will come back to reality after a short cutscene.

When you leave the Old Village behind, you will arrive at a location where the Myriad tribe warriors are trying to tame the Fluff Hulk. Once the animal breaks out of the trap, you will have to fight it. 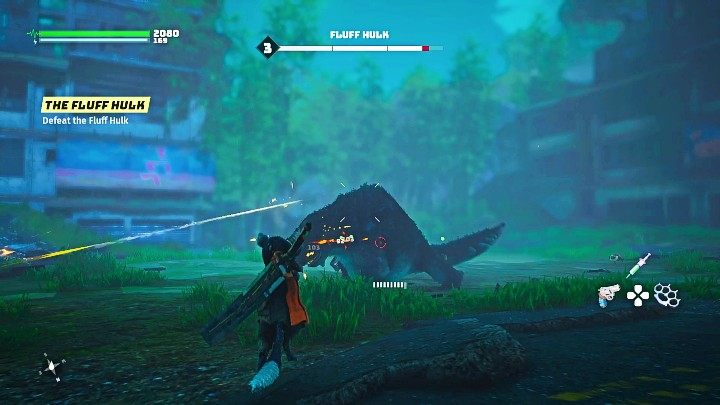 It's definitely the easiest to fight this enemy at a distance - just watch out for the moments when the beast starts spitting venom. 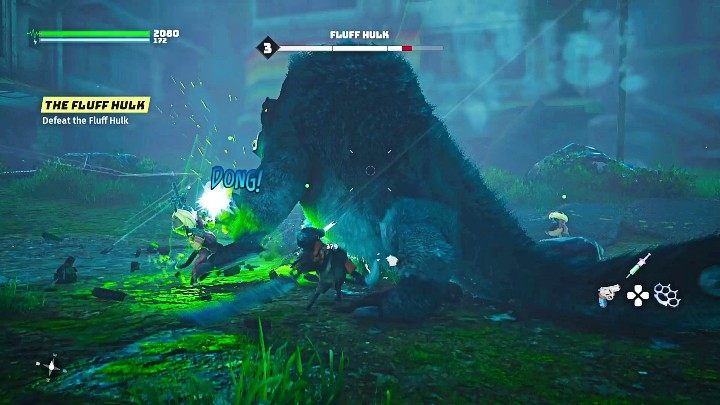 If you prefer close combat, jump at the beast the moment it turns its attention to the Myriad tribe warriors. Attack its hind paws, but watch out for a tail attack. After the fight, you will learn that a group of warriors have already set out towards the enemy fortress and are awaiting your arrival.