On this page of the Biomutant game guide, you will find the answer to the question of how to disable the comic book effects that sometimes appear while playing the game. They are meant to spice up the game, although they can also be perceived as an unwelcome HUD element that ruins immersion. 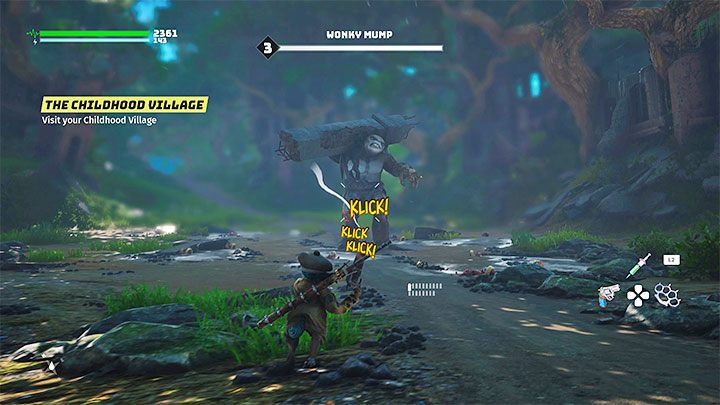 To clarify, the comic book effects in the game work just like in real comic books - they are meant to symbolize specific sounds. In the example in the image above, the effects symbolize the sound of a weapon that requires reloading, but they can also appear in the game in many other circumstances, such as when performing melee attacks. 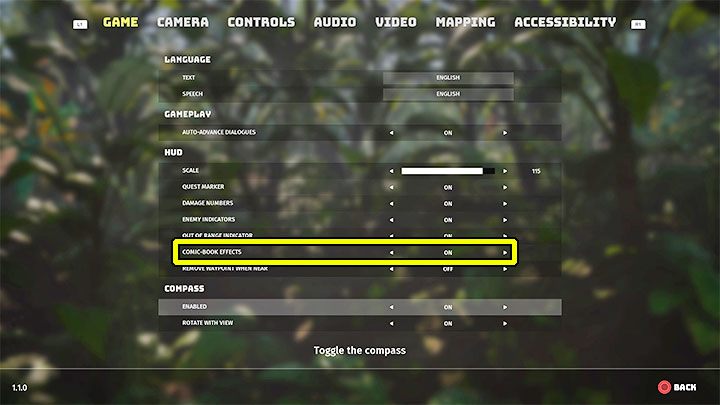 Comic book effects are supposed to make the game more enjoyable, but you may want to get rid of them if you think they spoil the immersion or unnecessarily cover up parts of the screen and make it difficult to precisely aim your attacks.

Head to the game options menu. On the Game tab, find the Comic Book Effects option and turn it off.