This page of the Biomutant guide, explains whether it is possible to mute the narrator's voice that accompanies you during the game. Apart from that, you will find out whether the game provides an option to speed up the narrator when talking to NPCs. 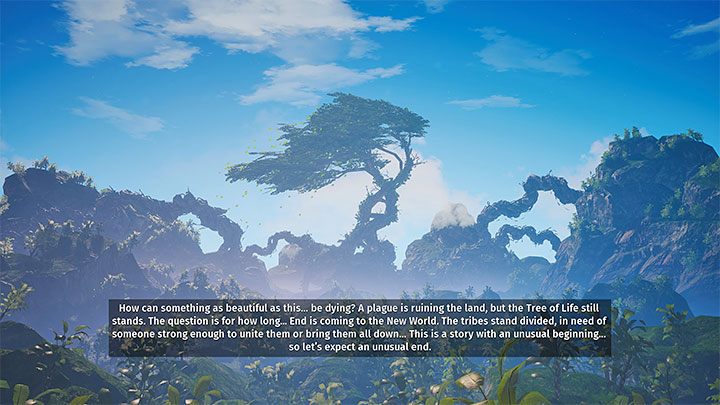 In Biomutant , an "invisible voice" will accompany you throughout the game, giving the gameplay a unique character. The Voice has two primary functions in the game.

The first role is to narrate the story. The man's voice joins in mainly during cut-scenes, but he can also comment on your actions or simply try to make the time spent exploring the game world more enjoyable. 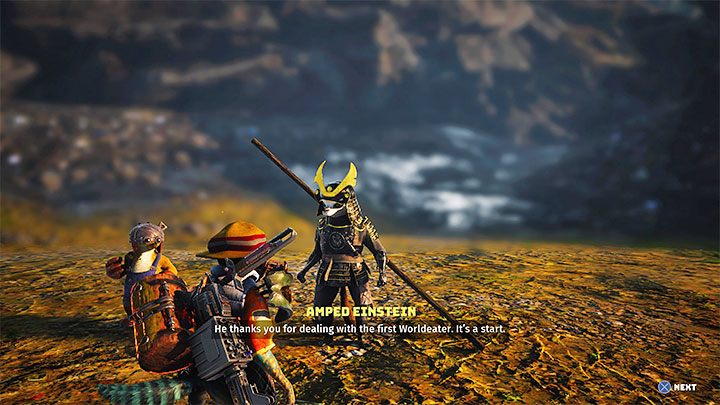 The second role is the voiceover and this is because the dialogue issues spoken by the NPCs we meet are initially unintelligible. After an NPC finishes speaking, the voice comes on to translate it.

You can speed up conversations with NPCs by pressing the move to next part of the conversation button (X button on PS4 and PS5 - the Next command). Unfortunately, this will lead to either interrupting NPC speech or a given voiceover translation. This method is only recommended if you have already read the subtitles that are displayed on the screen or if you don't care about following the meeting and just want it to end as soon as possible. 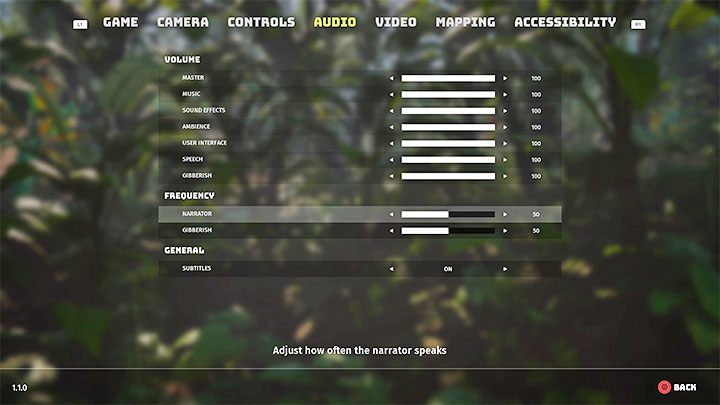 Biomutant unfortunately does not allow you to mute or unmute the narrator / voiceover, as it is an integral part of the game. Without its presence, you would have to limit yourself to reading subtitles during cut-scenes and conversations.

In the game options, you will find the Narrator setting in the Frequency section of the Sound tab. It refers to reducing the frequency of random comments from the narrator. Its default value is 50, and you can change it from 0-100. Set it to the lowest value of 0 if you don't want the narrator to disturb you in your peaceful exploration with his tales and jokes.