The character creator in Biomutant is very powerful and allows users to create an original character that will perfectly fit their play style, as well as reflect appropriate character traits. While moving between the different sections of the wizard, you will be able to choose, among others, the origin of the character (breed), its attributes, genetic immunity, class, and also decide what your hero will look like. 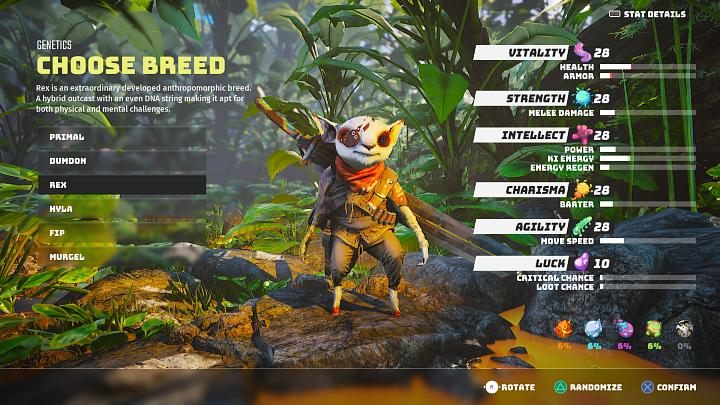 The first step in creating a new character in Biomutant is to choose the origin (breed). Each race has certain characteristics that will allow you to tailor your character to your preferred play style.

In Biomutant you can choose to become one of the 6 available breeds: 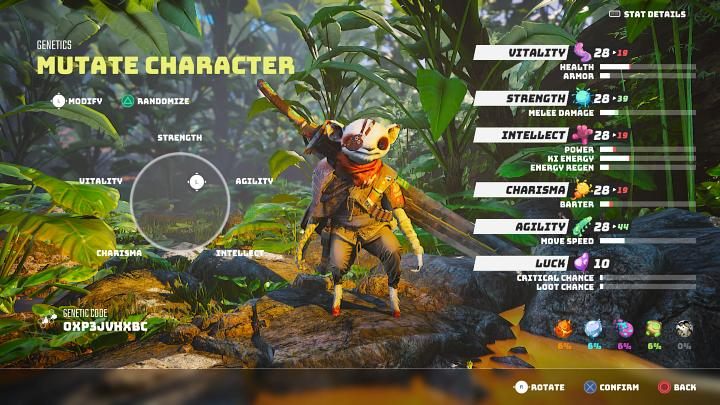 The second step of creating your hero in Biomutant is to determine the attributes. The values of each statistic are changed on the wheel visible on the left side of the screen ( when playing on a console, move the left stick in the appropriate direction). On the right side of the screen, you can see how the character's attributes will change - green numbers for plus, and red numbers for minus.

For more detailed information on all of the attributes available in Biomutant and how they affect character development, please visit the Stats and Attributes page. 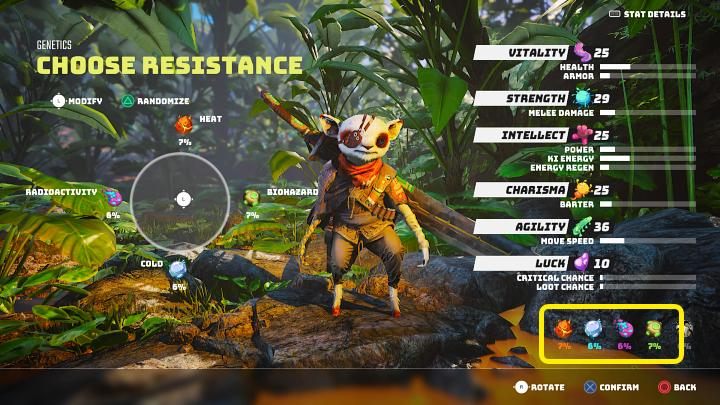 At the next stage of character creation in Biomutant you will have to determine your character's genetic immunity. The values are changed on the wheel visible on the left side of the screen (when playing on the console, move the left stick in the appropriate direction). In the bottom right corner of the screen, you can see how the character's immunities will change.

In Biomutant there are 4 main types of genetic immunities:

The base value for each resistance type is 6%, but as you manipulate these values you can get increased resistance to two factors, such as 7%/6%/6%/7%. You can also give up some immunities in favor of others. 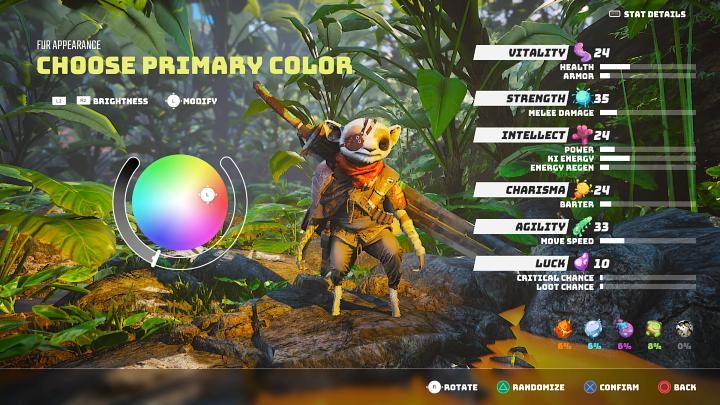 The next step of creating your own hero in Biomutant is much simpler and involves customizing the character's appearance. As you move between the three successive windows of the wizard, you can select not only the fur style, but also its primary and secondary (detail) colors. 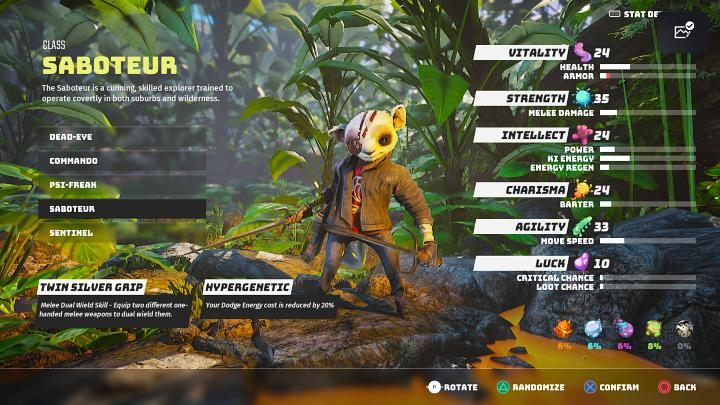 The last and most important stage of creating a new hero in Biomutant is to choose a character class. Each class has its own characteristics that largely define its style of play.

In Biomutant you can decide on one of the 5 available character classes: 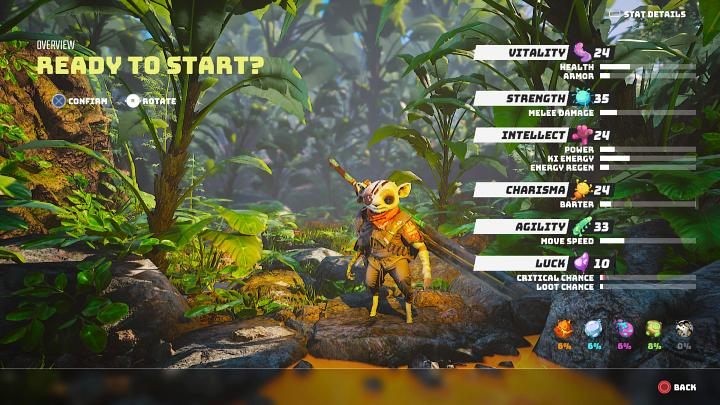 At the very end, a summary of the character you created will appear on the screen. If you need to modify something, you can still go back to a certain stage and correct any mistakes. Once you confirm your choice you will begin your adventure with Biomutant .