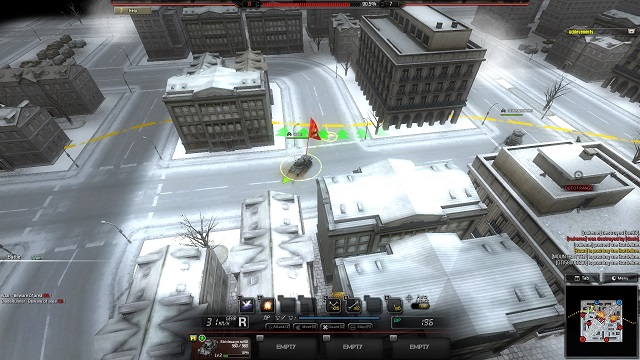 The Battle Line is quite a complex issue. It is the main factor that decides about the victory in the battle. At the beginning of the game, it is set perfectly in the middle of the map, like the equator, but after a few moments, it can be moved any direction. What's it all about? The victory in this game doesn't depend on the number of enemies defeated or capturing all the strategic points, which are also important during the battle, but on controlling more territory. When pushing the Battle Line towards the enemy bas, we increase our domination on the battlefield. Our final goals is not to capture or destroy the enemy base (like for example in LoL), but the reach a critical point which will have consequences fatal for our opponent (we will talk more about it in a while). How can we push the Battle Line? When driving a tank to the border, we have to place the machine right in front of it and slowly drive forward to change its position. However, it is not as easy as it seems, because it requires us to follow a few rules. Firstly, we cannot simply cross the line and cheerfully drive forward. Instead, we have to "merge" the tank with the line and move it. 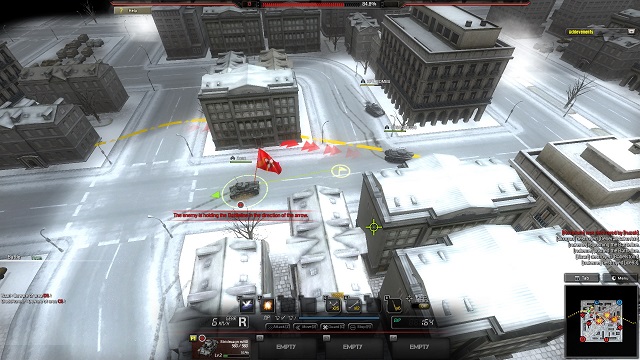 Arrows will show you the way.

Secondly, at the same time, there can be no fights going on around you, especially with you taking part in them, because both sides influence the Battle Line and it "doesn't know" which direction to move. The ability to move the whole Line at once would not be a good idea, so the developers have divided it into several autonomic parts that can be shaped separately (we can also see characteristic parabola. If the enemy starts moving the Battle Line, red arrows will appear in the place where we are, showing the location of the opponents. When we see them, there's no other thing to do than just to rush towards the direction that the arrows are pointing and eliminate the machines that block our expansion. 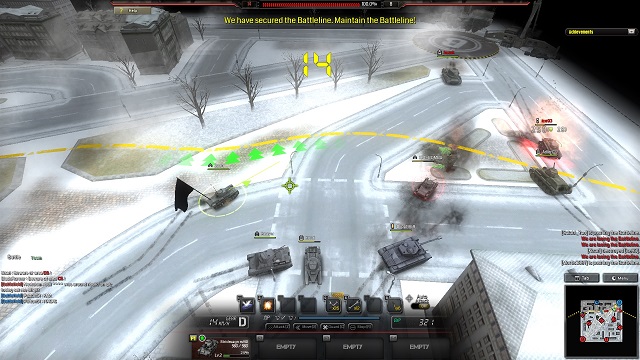 After we capture most of the territory, the enemy will start seeing information about losing, on the top of the screen (if the enemy is winning, we will be seeing such information). When the domination mark falls to 0% and will stay on this level for some time, a timer counting the time until the end of the battle will activate. However, such a situation doesn't yet mean victory, because the other team can still win back some influence to stop the timer. 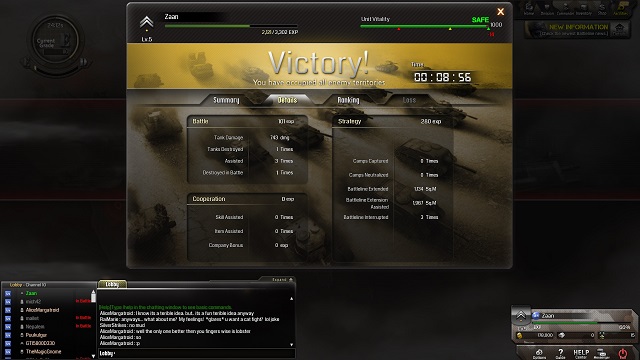 Our not first and not last victory.

Nevertheless, when the battle is over, we will see the statistics screen. Of course, if we won, it will be displaying some cheerful info for us, but if we lost, the stats will be much more depressing. Moreover, now we can receive various rewards, for example for advancing onto next level during the last battle.