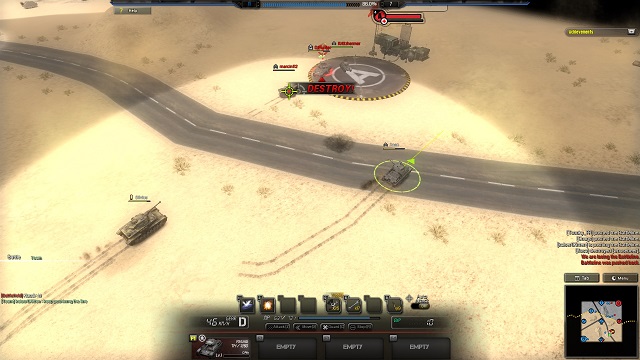 Battleline: Steel Warfare can be described as an RTS, in which the tactical skills and reflex matters. The players will join very dynamic battles, in which their skills are very important and will sit behind the wheel of powerful tanks to fight to death. The only available game mode is team deathmatch, in which, besides competing with the other team, we have to care about some other elements of the battlefield. These are not only the camps (strategic points), which are very useful, but also the battle line, which is the main aspect of the game that brings you closer to winning. Moreover, we will find here some features of RPG games, like developing your vehicles, gathering equipment and unlocking special skills. All in all, we get a very well-thought-out and multi-dimensional gameplay. 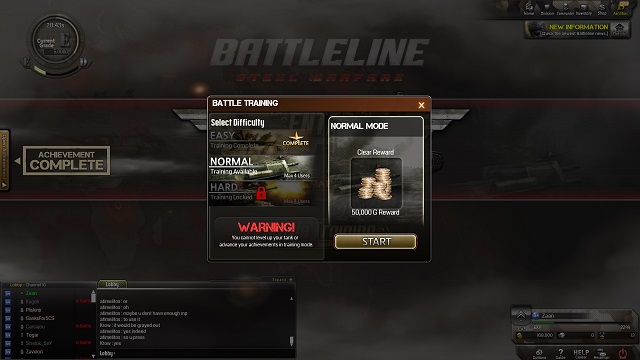 Right after creating your profile account (of course you first have to register on the official site of the producer and download the game client for free), the system will walk you through a tutorial. First, you will learn the basics and then you will go to more specific aspects of the game. You will get to know the menu tabs and also you will participate in a training battle with the computer, during which you will learn the rules of the game and the controls. After completing the tutorial, the game will allow you to play three battles in the co-operation mode, where together with your team (other players or the computer), you will fight against AI. The battles are different when it comes to the level of difficulty, so in the first one, your enemies will be relatively easy and will act presumable. In the second and the third battle, you will face more challenging opponents. To play the Hard battle, you first have to complete the previous two. For each battle, you will receive a reward. Unfortunately, we cannot gain experience in the training mode, or unlock any challenges. 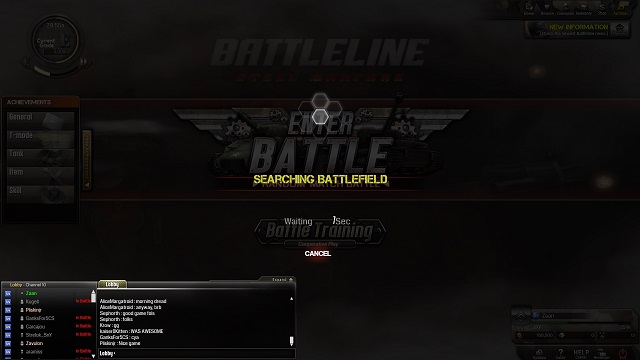 The main and the only serious mode in the Battlefield: Steel Warfare is Random Match Battle. When we join such a game, we cannot decide about the players that we will co-operate with (or fight against) and the shape of the battlefield. After the game loads, you're simply thrown into the fight and you can start your own gameplay, which - as it was mentioned earlier, is quite complex. It is obvious that we will be playing a team deathmatch with some elements of domination (strategic points on the map). It is worth mentioning that the production is now in the beta phase, so the information given here may expire after some time.