When the Orb is ready, summon Magma Hurler. Wait some time, until you have three such creatures. Afther that attack the camp on the right. With such an army, you shouldn't have any problems, even though there's quite a lot of enemies. After anihilating your foes, build a Power Well, open another chest with gold and move upwards. 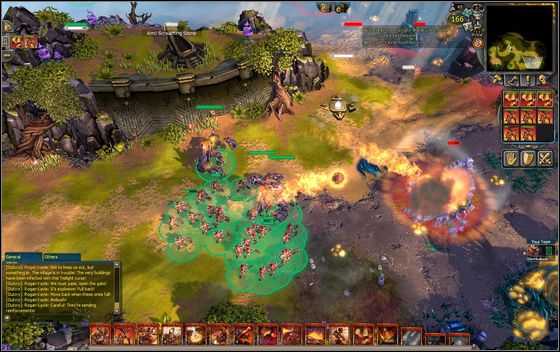 On the road, you will find another camp, act just like before. Twilight Crawlers will come from under the ground, but you won't have problems dealing with them. Now you have two options: either prepare a big army and attack the enemy or defend your base. We'll follow the second route here. 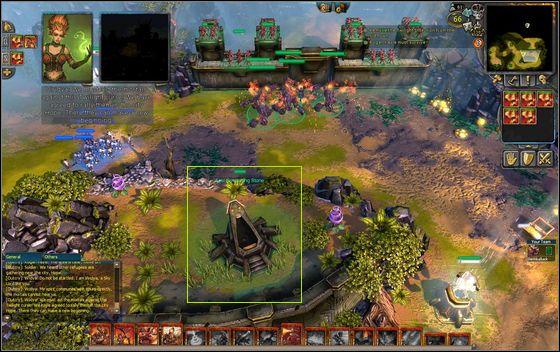 Put up a wall on the north and start preaparing for defense. You should await the enemy with 6 teams of Sunstriders, six Magma Hurlers and three Towers of Flames behind the wall. When all of this is ready, you should wait a while, until you have about 250 Power in supply. Then summon the enemies by clicking the Screaming Stone that stands on the hill (in the green box in the screen above), and then "Sound the Call". Before the foes arrive, send your Magma Hurlers towards the wall. 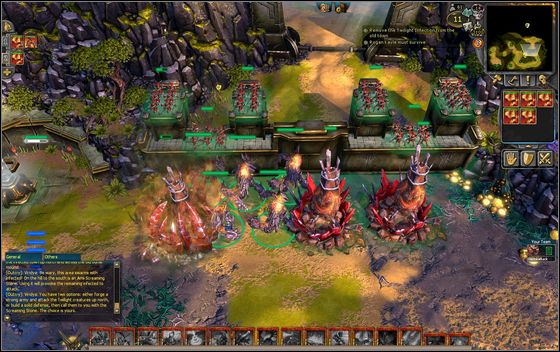 After a while, the enemies appear. When there's enough of them, and an enormous Twilight Hulk among them, use the spell Inferno, which decimates enemy unitsi. Kill off the remaining opponents and move through the northern gate. Leaving, destroy the turrets and the wall, since you won't need them anymore - if you do this, 90% of the Power spent on them will return to the Void and from there, slowly fill your pool. 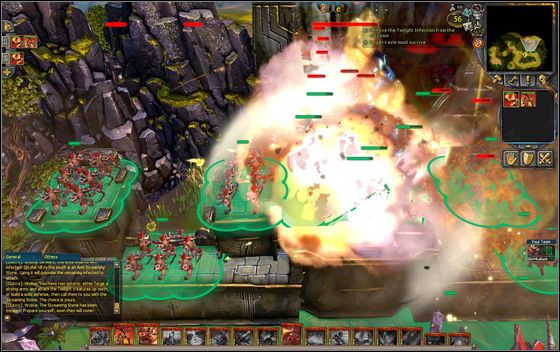 Send a squad of archers to each of the three spots for Power Wells visible on the map and build them. In the middle of the large area where you are there's also a place for a Monumen - click on it, of course, and choose a Fire Orb. Near the structure and also in the vicinity of one of the Power Wells you will find gold chests. Kill off the Sunstriders you don't need anymore. 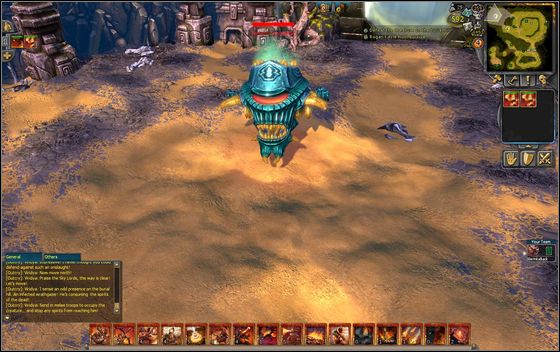 Get ready for the final mission objective - the fight with Twilight Wrathgazer. There are two ways to get to it. You need to have four Magma Hurlers on each side (eight in total), also summon four Fire Dragons - the most powerful creatures in the starter deck. Then attack the Wrathgazer. It's a kind of a boss that doesn't deal direct damage to your units, but disintegrates them, so they simply disappear. It can also consume souls of the dead - when of them reaches it, it will regenerate life points, freeze your units or cust a destrcutive spell. 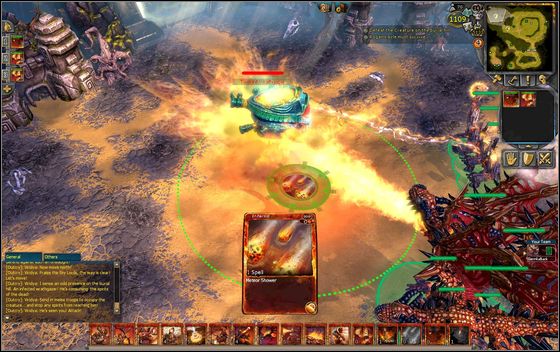 It won't be a problem for your army as long as you stick to this tactic: whenever a soul moves towards the Wrathgazer, attack it with one of the Magma Hurlers squads (that's why should have four on each side). In the meantime, use Fire Sphere twice and Inferno once. After a minute or so, Wrathgazer should fall dead. 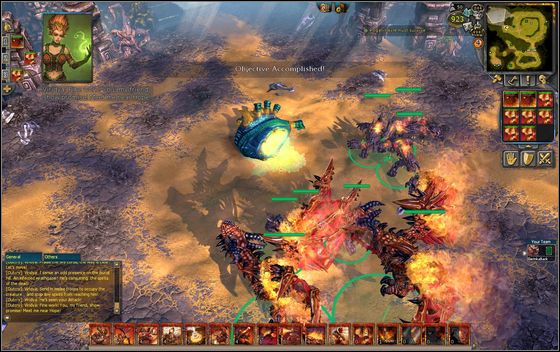