Battlefield Hardline is the first installment in a subseries of first person shooters, created by Visceral Games studios - creators of the Dead Space series. They have decided to abandon war setting, which is traditional for the Battlefield series, and focus on a conflict of different caliber - police fighting organized crime. It is followed with reduction of map sizes in comparison to the previous installments. In Battlefield Hardline infantry is much more important than vehicles, which is different from the previous games. The game take place in modern times, which means that both sides of the conflict can use modern gadgets, like tasers. As usually in Battlefield series, the main focus has been placed on the multiplayer mode. A different approach to gameplay allowed creators to prepare modes typical for cops and villains, like robbing bank. In this guide you will find information both about the single player campaign and multiplayer mode. 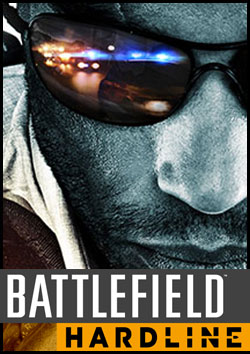 Battlefield Hardline is the first installment of the subseries belonging to the Battlefield series of first-person shooters.

Battlefield Hardline abandons the traditional theater of war to the conflict of a different sort – the police struggle against organized crime. The player assumes the role of Nick Mendoza – a young detective from Miami who embarks on a personal vendetta throughout United States against his former partners whom the perspective of a fast buck drew the path of lawlessness.

The maps in Battlefield Hardline are clearly bigger than those in the previous series, although some of them are smaller in size compared to the ones from the previous games. Due to the location of the story, the game is dominated by urban areas, although there are also sites such as American deserts.

In accordance to the tradition of the series, the emphasis is put on multiplayer mode in which the participants assume the role of law enforcement officers or criminals. This site is not associated with and/or endorsed by the Electronic Arts Inc. or EA Games. All logos and images are copyrighted by their respective owners.