Hachimoto is one of the lightest vehicle in the whole Battlefield franchise and that means it hasn't got an armor. The driver can be killed with even one accurate shot from one the sides, gunner too. The only way to avoid the certain death in the hell of battle is to move fast. Extra boost, working just as the one installed in recon vehicles, will help in getting the crew out of troubles. Slow down only when the gunner will find some infantry to annihilate. 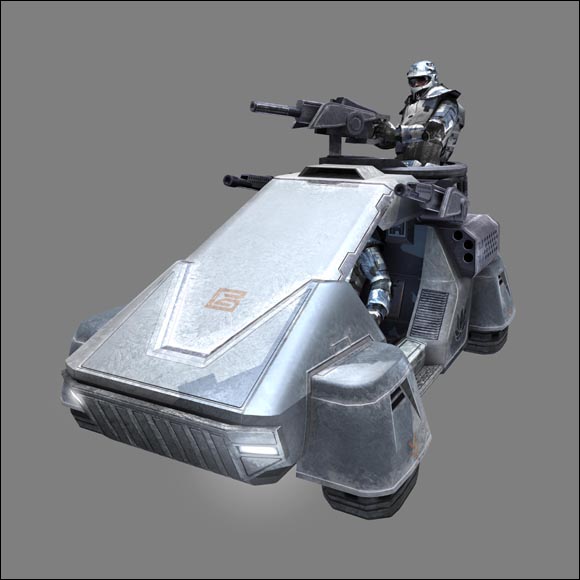 As we can see, the crewmembers can be killed even with a firearm. Be VERY careful.

Rule number 2 - do not fight alone

Hachimoto with a driver only is practically useless. In order to with effectively, the driver as to use the grenade launcher and that equals slowing down or even stopping the vehicle. I think I needn't tell you how it may end...?

Rule number 3 - infantry is your main target, not vehicles

Although the Hachimoto has a rocket launcher installed, the vehicle is an anti-personnel, not anti-armor weapon. Fighting against battlewalkers, APCs or Goliaths is completely wrong. Better use the Hachimoto's speed and get out the enemy vehicle's field of view.

The grenade launcher - this must be the main vehicle's weapon. The power of a grenade is similar to the one that an APC grenade has. The launcher needs less than a second to cover a nearby area with flames. Use it to survive and to get your team closer to victory.