There are a few schemes of fighting and plenty of special places, which are sometimes significant during attacking and defending the Titan. I advise to check the Titan chapter and take a look at the map of the airship.

Important places in the main room 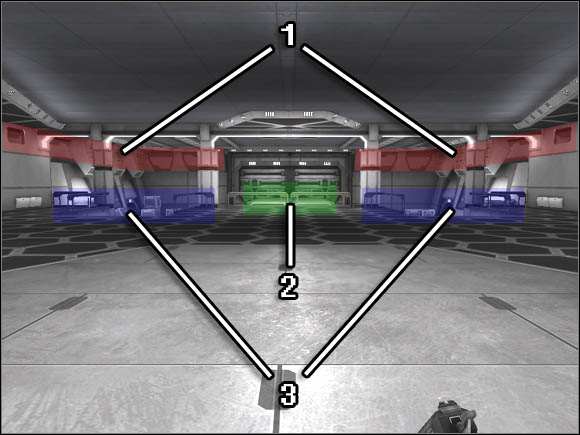 1 - gallery placed right below the airship's ceiling, great location for units equipped with weapons on medium and long distance. Attackers should use it, when defenders are situated near entrances to corridors, where Titan's consoles are placed. Defenders must place A12 Enforcer Sentry Guns and/or APM mines on these galleries;

2 -containers, a vantage point from where entrances to all four corridors and the reactor core room are seen. The disadvantage of this place is the fact that soldiers sitting on the containers have no cover;

3 - ramps, which are used by infantry to get to corridors 3 and 4 and to the reactor core room. They guarantee some cover that can be used by Support units, which can deploy their machine guns at the tops of these ramps.

Corridors, in which consoles are located, can be defended quite easily. The team must establish solid defense in there, based on soldiers using all kits, except the Engineer. Support kit units have to resupply teammates and open fire at incoming enemy forces. Assault troops must heal other players and the Recon soldiers have to secure the corridors' entrances with explosive charges like APM mines or RDX DemoPaks, detonated when enemy comes close. Grenades may prove quite useful too. 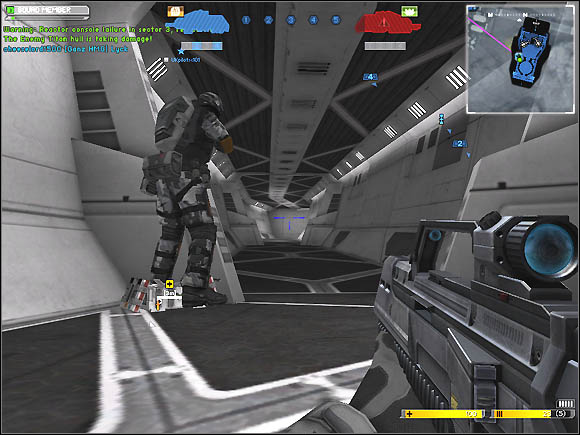 Attackers always have a tough nut to crack, when they must eliminate the consoles' defense forces. The best solution is to throw grenades and hide behind these small partition walls located peripherally inside corridors. However, remember that it is a mistake to place the barrel of your weapon perpendicularly to that wall. The enemy may see the end of the barrel protruding through the wall. This reveals not only the position of a soldier hiding behind the wall, but it also says if he stands, crouches or crawls.

Inside the reactor core room, the situation gets a bit complicated. Soldiers trying to defend the airship should be placed right beside the entrance or behind the core itself. Moreover, I advise to play with these kits, which are used while defending the corridors. 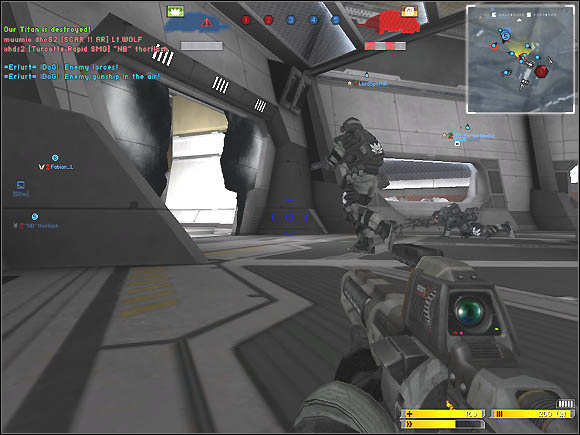 The attacking team should use grenades to get rid of the opponents inside the core reactor room.

Defense and assault showed on the map 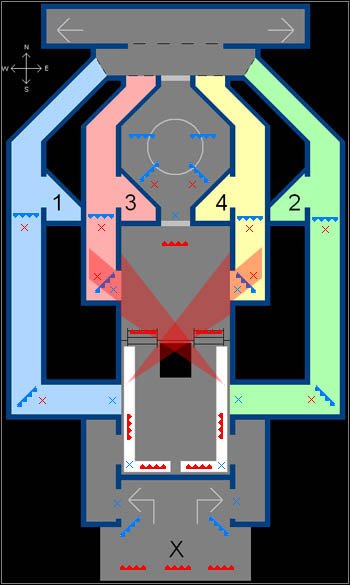