Let's take a look at the picture below. 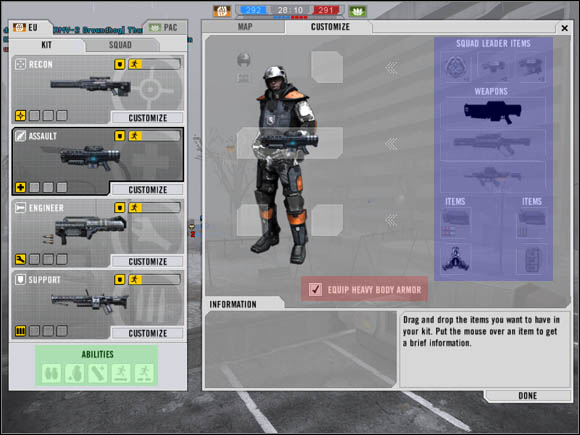 In the section marked with blue color, there are icons of unlocks. To use some of these, drag and drop icons at empty slots in the left part of the customize window, near the picture of a soldier's body.

Red color marks the option of armor selection. In the picture above, we can see that heavy body armor is equipped. It resists gunshots much better than light armor. However, soldiers with such uniform are unable to move swiftly and stamina ends faster. On the other hand, light armor allows sprinting fast, but just as I said, it does not prevent bullets at all.

Green section in the bottom left corner shows, how many abilities have been unlocked.

Press the Customize button located below a particular kit section to show its customization window.

First of all, let's take a look at the picture below. 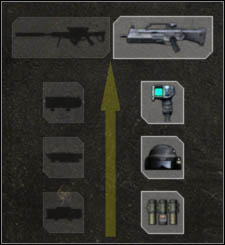 Yellow arrow shows the succession of unlocking the next elements of our equipment. Firstly, we open the access to these pieces, which are at the bottom (in the picture above, these are RDX DemoPaks and APM mines), after that, we can unlock these things, which are higher, so we unlock rifles at the end.