In the army hierarchy, Squad Member is the smallest (but not the least important) gear in the huge war machine. He is subject to the leader of him squad and to the Commander of the team and he cannot call in question these orders that he receive (besides not doing them, naturally). However, Squad Member has many conveniences, thanks to the fact that he joined a particular squad.

Commands sent from Squad Leader or the Commander help create some order in the chaos during the battle. If players try to perform it, Commander's job gets much easier - he is able to support squads with orbital strikes and spy devices, searching for enemies. Orders are marked on the map with a proper symbol (for example, a sword means "attack" and a shield means "defend") and a line, which connects the place the command refers to with our position. Moreover, a little source of light is being placed in the order location. 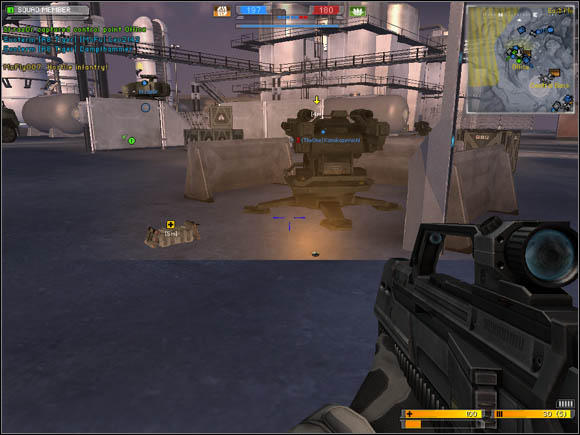 Another important convenience is the fact that Squad Leader is a walking spawn point. In game, it looks like the picture below. 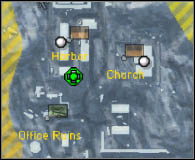 Every Squad Member may respawn at Squad Leader's position and that leads to gathering Squad Members in one place. Thanks to that, they can support themselves with ammunitions, medicines and accurate firing at enemy units. Moreover, squad can use its Squad Leader's unlocks, which are Squad Leader Spawn Beacon and drones RD-4 Otus and SD-8 Accipiter.

There is also the enemy-marking NetBat system. Thanks to it, we know where the location of unfriendly units and other interesting data about them (for more information about NetBat system check the Terrain orientation and communication chapter).

Another important thing worth mentioning is field upgrades. If the squad does its jobs on the battlefield well and contributes to the victory of the whole team, it receives the opportunity to unlock a piece of new equipment after some period of time. Soldiers can use unlocked tools until they leave the server they play on. Field upgrade progress bar is located in the top left corner of the screen.

It is also possible to send a request for, let's say, supply drop, UAV or orbital strike. To do such thing, we have to use the convenience called command rose, which can be activated by pressing button [T]. However, I have to warn you that such requests - mainly - aren't noticed by the Commander. They pay attention to requests sent by Squad Leaders. 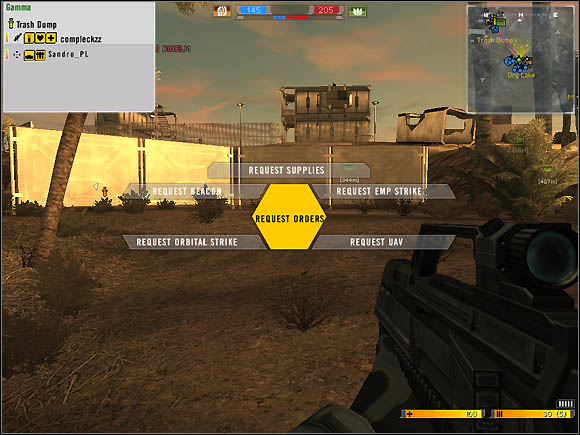