Titan is equipped with two kinds of weapons. The first one is a group of four cannons used against opponents operating on the ground level. Each one needs one soldier, who will aim and shoot. These cannons fire a powerful barrage, which can destroy even the strongest and the heaviest vehicles. However, there is one little disadvantage - reloading takes a lot of time. 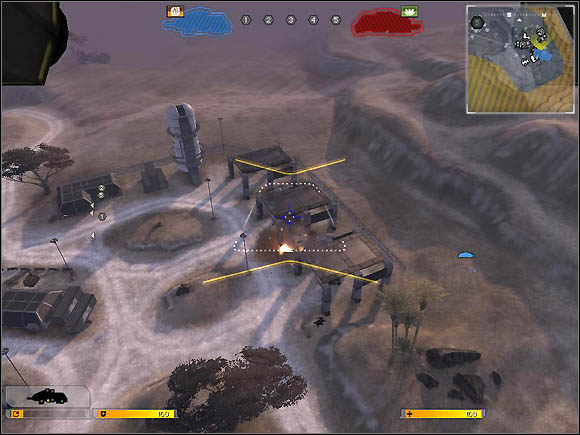 The second type is a group of two anti-aircraft miniguns. Quite efficient against incoming air transport vehicles and gunships. 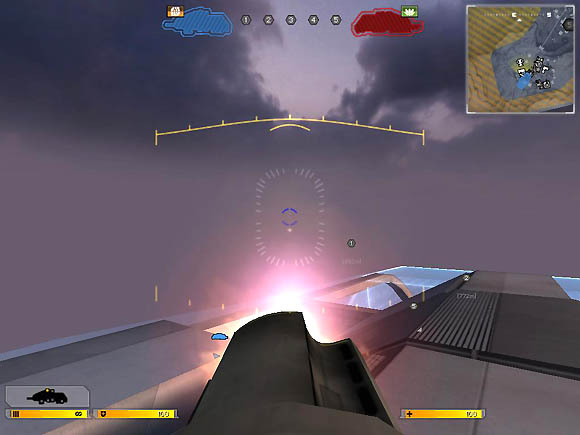 Soldiers can use these cannons by sitting in front of the computers, located near the landing zone for gunship and air transport machine. 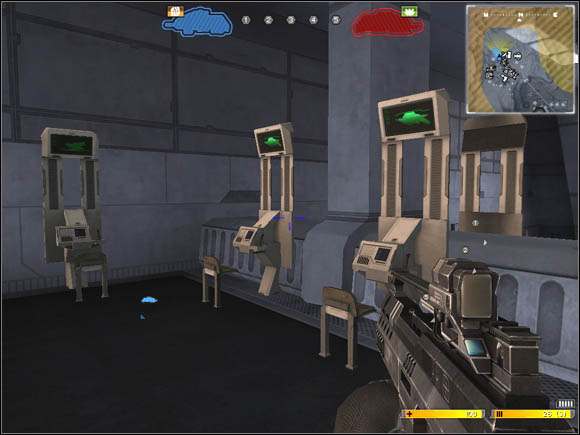 These weapons can be destroyed (even before deactivating Titan's shield) by gunships and stationary anti-aircraft cannons Rosch Kz-27. If one of the guns is destroyed, a soldier with an Engineer kit should pull out his repairing device and use it on the computer, which is assigned to the damaged gun.