To unlock a specific weapon, you need to have a certain class level and a sufficient number of war bonds. The class level you will gain by acquiring points with that specific class on the battlefield. Those points are rewarded for basically any action - from kills and assists, through capturing points, all the way to simply marking enemy targets. However, you can only make progress towards a certain class level by getting points with that particular class. Most weapons are unlocked on level 3, although there are sever rifles which you can only purchase after reaching level 10 on a given class.

War bonds are a currency, which you will have to spend in order to unlock each weapon. You gain them each time you increase your overall player rank. This rank is also acquired by receiving points, but it does not matter with which class or vehicle you have acquired these points with.

How to gain levels and war bonds quickly?

Complete objectives on the map

Capturing flags, or arming explosives on stations will always give soldiers a lot of experience points. Capturing a flag, together with neutralizing it, will yield you a total of 1.000 points. That is 10 times more than a regular kill. This shows, that simply getting kills is not the most important thing to do on the battlefield. The best way to gain points is to use a horse or a light-armoured car on a conquest map. Remember, that the fewer players on the server, the better.

The bonuses for actions performed in a squad are very substantial. They can come in the form of premiums for fulfilling the squad leader's orders. On the actual battlefield, the commander usually does not give orders for the squad to attack a certain point, but in the contrary - the commander issues an order on the point, which the teammates are currently attacking, in order to gain additional points. If the leader of your squad is not giving the squad any orders, change it or start a new squad. Even in the single player mode you can issue orders to yourself and gain a bonus.

Reanimating, healing, assisting teammates, etc. are also well rewarded actions, which is why you should always be close to the members of your squad.

Play until the end of the match

Rewards for completing a map are given after a map finishes. You can gain a very large number of points this way, so make sure to always stay until the very end. 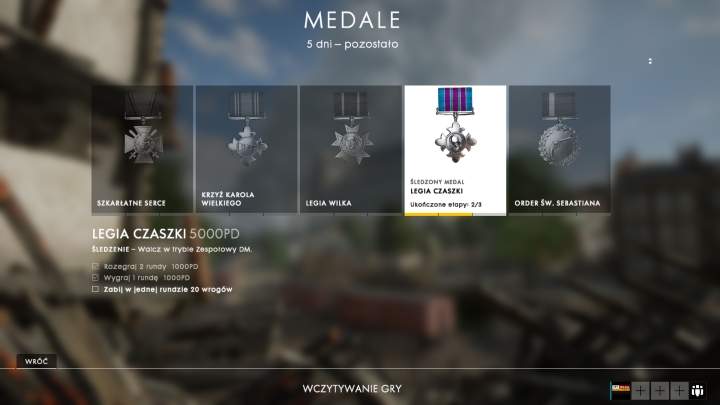 Every few days the medals which you can be awarded in the games change. They usually require simple actions, such as winning a round in a certain mode. While loading the game, go to the medal menu and press on any medal to start tracking its requirements. You have to do this in order to start completing the mentioned tasks. You will be rewarded with 1.000 experience points.

This site is not associated with and/or endorsed by the Electronic Arts Inc. or EA Digital Illusions/EA DICE. All logos and images are copyrighted by their respective owners.