Our guide for Battlefield V contains information that can help you in the multiplayer mode. Here, you can find the basic tips and descriptions of gameplay mechanics. You can learn about the available classes or new mechanics that were absent in the previous DICE games. Battlefield V is another installment in the bestseller FPS series developed by DICE and published by Electronic Arts. The game is set in the World War II and is available on PC Windows, PlayStation 4 and Xbox One. Battlefield V features singleplayer, co-op and multiplayer modes.

The guide for Battlefield V contains: 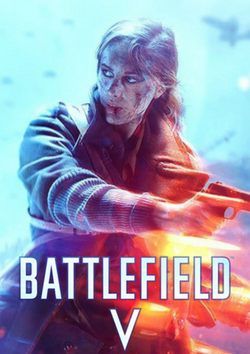 Battlefield V is another entry in the bestselling series of first-person shooters developed by DICE, a subsidiary of Electronic Arts. The game takes place during the World War II and it returns to the roots of the series.

The action is presented from a first-person perspective. No matter which mode the players choose, during the game, the battles are fought on large scale, with a variety of weapons, vehicles, machines (including planes and tanks), and secret inventions.

In the singleplayer story campaign, the players arent limited to a single protagonist. Similarly to the previous entry in the series, the developers are presenting a few separate stories as part of the War Stories. One of the protagonists is a woman that belongs to the German resistance and fights the Nazis.

As usual in the series, Battlefield V features a multiplayer module with various competitive gameplay modes. Grand Operations is the most important mode  it features battles split into a few phases. The players must complete various tasks on dynamically changing maps. The players assume the role of soldiers of various specializations (medic, scout, support, trooper) and they participate in battles in Africa, Rotterdam, France etc.

Compared to the previous games in the series, the multiplayer in Battlefield V features some changes. Fortifications are the greatest of them  they enable players to construct defenses and place heavy machine guns. In addition to that, the health bar was split into a few segments  the life regenerates only within a segment. Healing a fallen companion takes more time than usual, but he can be treated by each party member  a medic isnt necessary.

Assassin's Creed Odyssey, Forza Horizon, FIFA 19, new Tomb Raider. These recent hits are very different from one another, but there is a certain common denominator  all these games could be played a few days before the release... if you paid extra.

The dawn of Steam? The Netflix of gaming is getting closer

Although the hegemony of Steam is unquestionable today, its quite possible that within the next decade, the platform will actually share the demise of boxed games that it created itself.