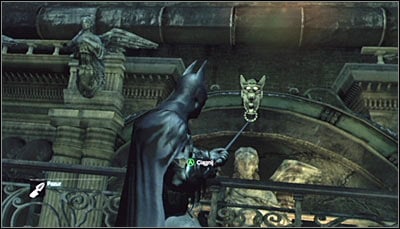 There is a total of twelve Demon Seals in Wonder City and destroying them all will let you complete four riddles (three seals pear each). Each time you find a Seal (P on the attached map), use the Batclaw to grab it (screen above). Afterwards tap A and Batman will rip out the Seal. 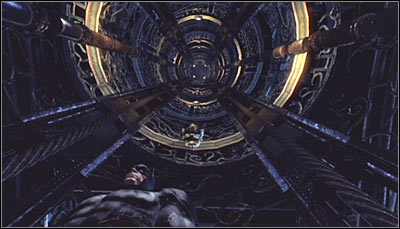 You might have some problems with finding three Seals on the upper level of the Wonder Tower. The first one can be found right after using the elevator. Climb onto its roof and search for a vertical shaft (screen above). You need to do it after heading onto the observation deck. 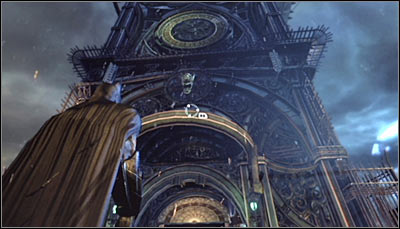 The second Seal can be found after reaching the southern observation deck. Just turn around and look up (screen above). 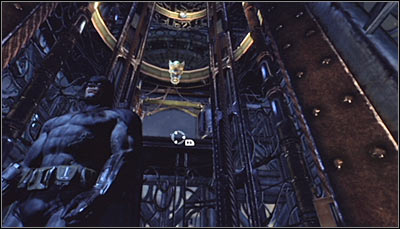 The last Seal can be found and destroyed after beginning climbing, to be precise after reaching the spot from which you can glide through a shaft for a short time and land on a lower shelf. Do it and turn around (screen above).