The Amusement Mile stays a completely accessible district of Arkham City throughout the whole game. In the beginning, navigating through it won't involve any real difficulties. In the later part of the game, you must take into consideration that a large portion of streets and bridges will get destroyed. Therefore you will have to use Batman's Grapnel Gun and Catwoman's whip more often. 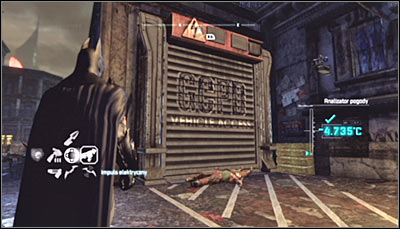 The Amusement Miles includes two buildings which you can explore. In both cases you will find a couple Trophies and Riddles inside. The by far bigger building of the two is the GCPD building. in the beginning you should access it through the main entrance (screen above), helping yourself with the Electrical Charge. 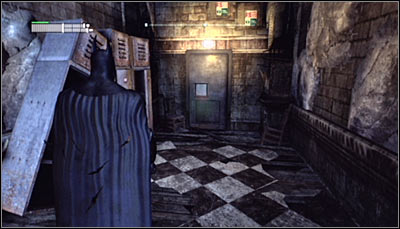 After completing Defeat Mister Freeze using the main entrance will be impossible, as it will end up frozen. As a result you will have to use the door at the back of the station (screen above). The second building is the Krank Co. Toys. The object doesn't have its own map and hides only two Trophies (one for Batman and one for Catwoman). 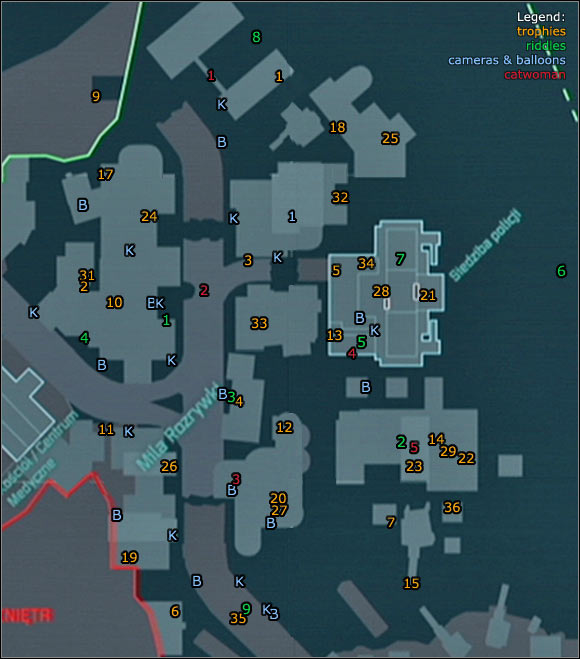 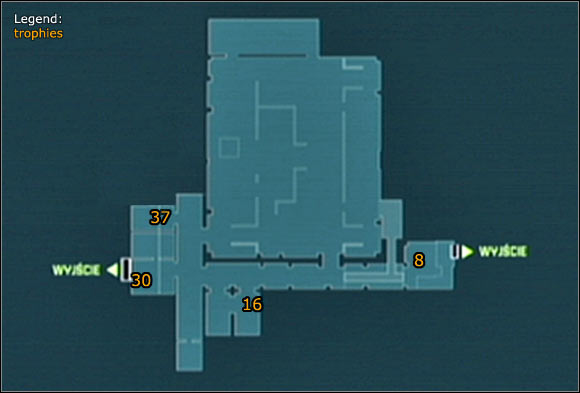