This page of the Baldurs Gate 3 guide contains an M8 map, which includes locations such as Shattered Sanctum and Defiled Temple located on the territory of the Goblin Camp. From our map, you will learn about all the important places to visit and important NPCs to meet. 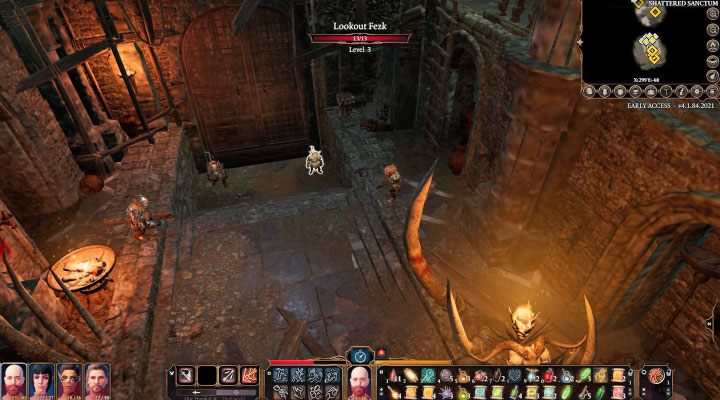 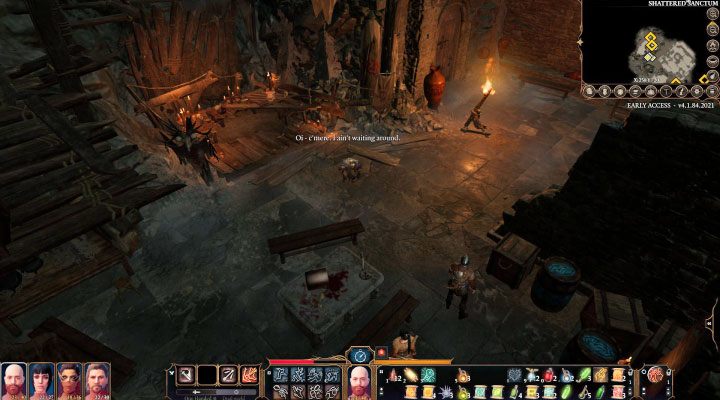 5. Chapel. You can meet Priestess Gut here after you talk to her in the main hall (blue 3 on the map) and tell her about the parasite. If you agree to her help, then everyone except the main character must leave (disconnect the team). Your character will be tricked by giving him a sleep potion (you can recognize it by passing the skill check) and trapped in the Defiled Temple (blue 7 on the map).

Alternative behaviors include robbing or murdering the priestess (preferably before she calls for help) - you'll find m.in. a key and a note. 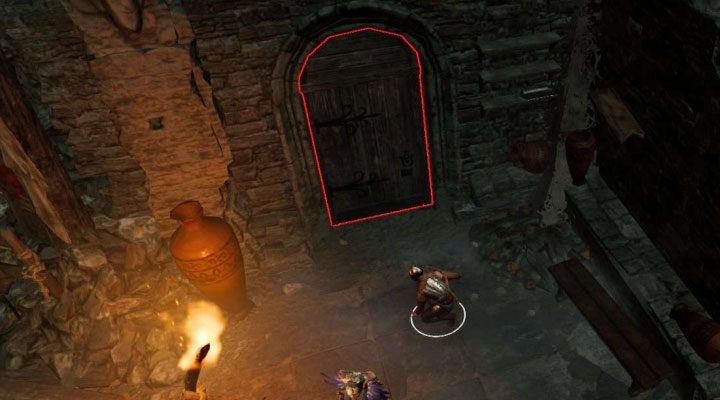 6. The door leading to the Defiled Temple. They are locked - use a lockpick or get the key from priestess Gut (blue 3 or 5 on the map). In addition, do not let anyone notice you when you open the door (it may be Gut if she is in the chapel). 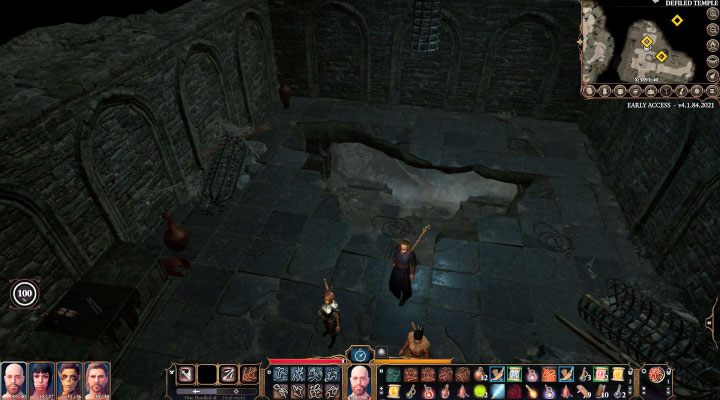 7. Prison. You may become trapped here after drinking a potion given by priestess Gut (blue 5 on the map) - passing a skill check can help you get out faster. Alternatively, you can visit the prison room with the party upon reaching this location.

The floor of the prison is weakened - you can destroy it and jump into the hole. There is a risk of injury from falling from a high altitude (it is advisable to use the Feather Fall spell, which mitigates the fall). 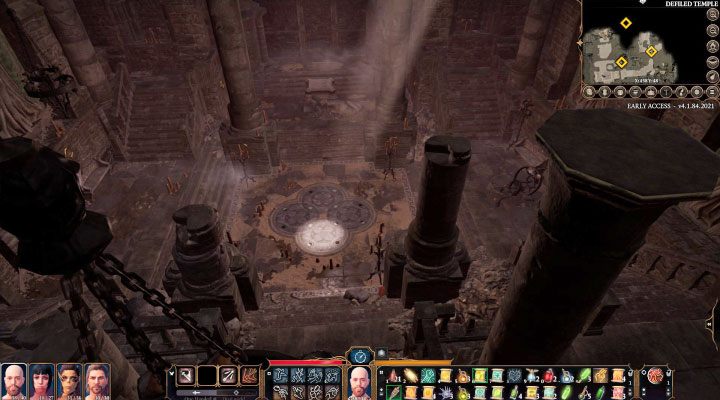 16. The moon puzzle. The mystery is solved in one of the eastern chambers of the Defiled Temple. A full walkthrough is posted on a separate page. 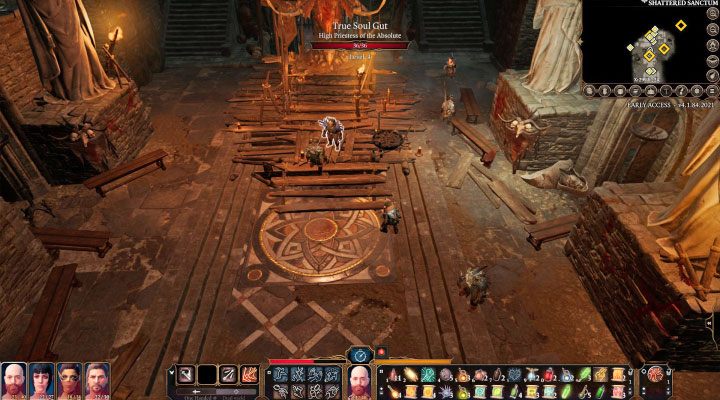 3. Gut, goblin priestess You can meet her as part of the quest to remove the parasite from the hero's head. She is also one of the goblin leaders - you can choose to kill her.

You can agree and mark the hero (more successful interactions with other goblins) or refuse. A peaceful conversation with Gut will lead to her inviting you to the chapel (blue 5 on the map). 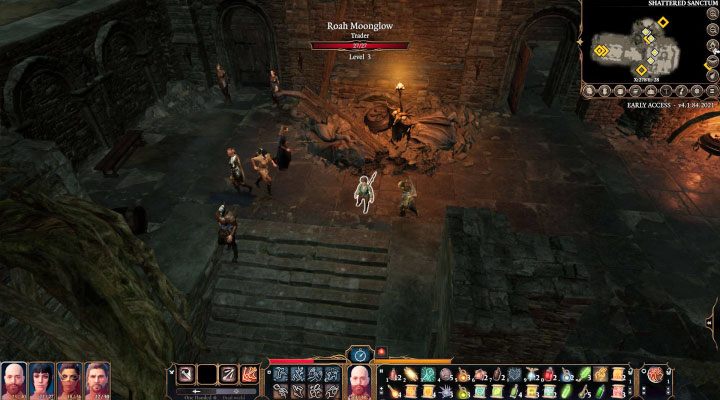 4. Roah Moonglow. She is a trader, selling, among others, potions, various varieties of arrows, scrolls, picklocks, sets for disarming traps, melee, and ranged weapons, and armor items. 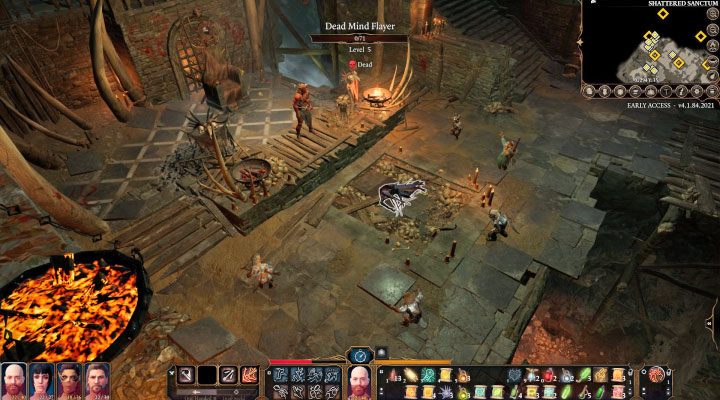 8. Dror Razglin. He is one of the goblin leaders- you can decide to kill him and it is worth in this situation to use the ladder to reach the beams near the ceiling. You can attack enemies from a distance with a huge height advantage or drop braziers on them.

You can attend the hearing of the deceased mind flayer. Passing the wisdom check will allow you to take control of Razglin and ask questions yourself. Avoid questions about the identity of the killer, because the mind flayer will point to the main hero and the fight will begin. 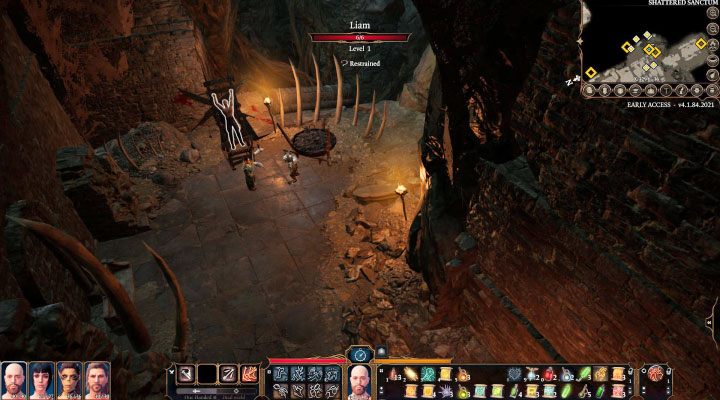 10. Liam. He's being tortured by goblins. You can attack the goblins or dispose of them peacefully - pass one of the skill checks or use the power of Illithid. You can question Liam and find out about the Nightsong artifact, and then release him - you need to pass a dexterity test for this purpose. 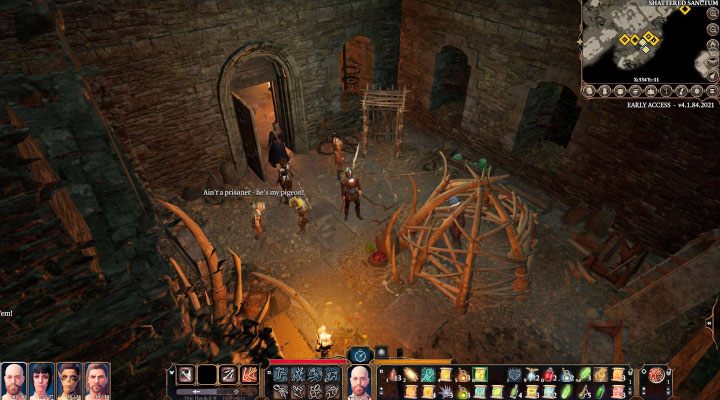 12. Volo. He may be imprisoned here if you have met him before in goblin camp (M6, blue 7). He is owned by the goblin woman - you can pay her or pass an intimidation or deception check during the conversation. Use the key received from the goblin or thieves' tools (while hidden). You can send the freed Volo to the team camp. 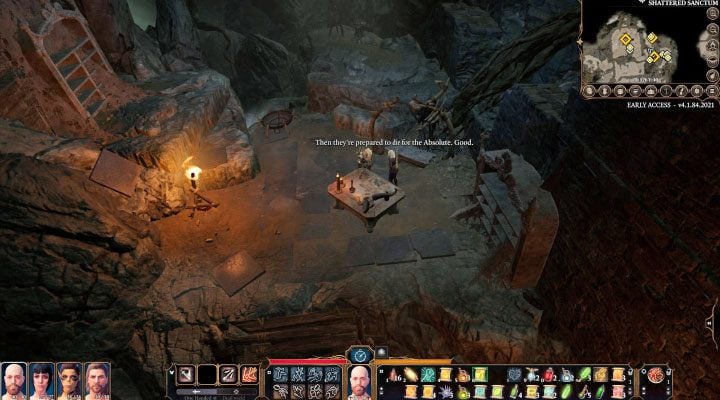 13. Minthara. She is a cleric and a drow, as well as one of the goblin leaders - you, can choose to kill her.

Alternatively, you can work with Minthara and plan a joint attack on the Druid Grove. The game also allows you to trick Minthara by giving a fake location of the planned ambush. 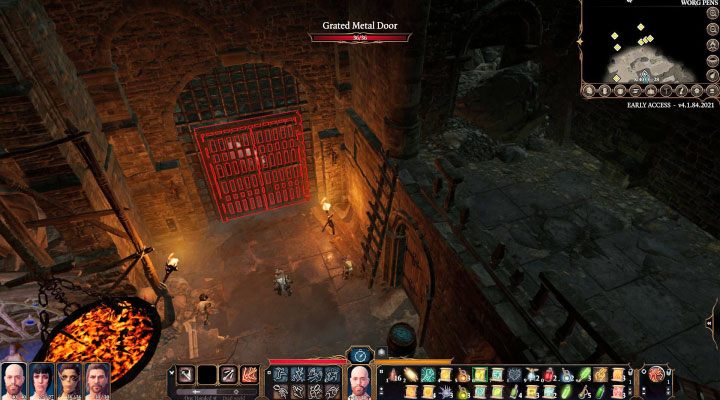 15. Bear-Druid Halsin. You have to reach a small separate location called the Worg homestead, to which the door in the eastern part of the Shattered Sanctuary leads (blue 14 on the map).

Goblins throw stones at the bear and no matter how you behave, the bear will break the gate and the battle will begin. Help the bear to kill the goblins and worg beasts from the neighboring cage. Also, expect reinforcements to arrive (arriving from the door you entered the area). After winning the battle, you will learn that the bear is in fact the sought-after Druid Halsin.

Other information about Shattered Sanctum and Defiled Temple 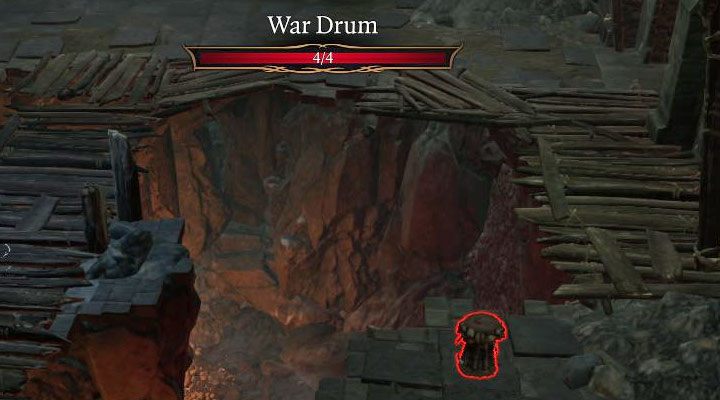 Goblins and other characters that reside on the grounds of the destroyed shrine are by default neutral towards the team members. However, it is very easy to provoke fights with goblins, e.g. as a result of a bad conversation or being caught trying to enter the restricted zone. If there is a fight, then try to prevent the goblins from using war drums to alarm the entire location. 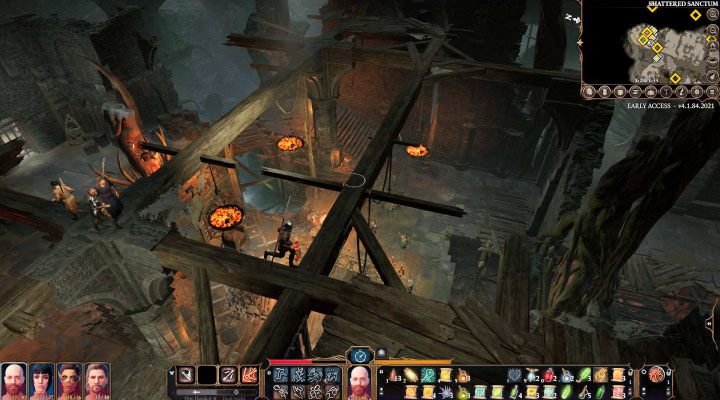 The ruined sanctuary is a very vertical location. You will find plenty of opportunities to use ladders or to jump to higher shelves. You can use it in all kinds of ways, among others, to evade goblins, plan surprise attacks or reach crates and other treasures hidden in various corners.