This page of the Baldur's Gate 3 guide includes the walkthrough of Teahouse quest. This walkthrough will help you complete the quest successfully.

On your way to the Teahouse, you meet two brothers - Johl and Demir. They argue with Aunt Ethel and accuse her of kidnapping their sister (M7;1). If you pass the investigation skillcheck, it'll turn out the woman is lying. During this dialogue, you can take the side of brothers and help them in their search. After the talk, the woman will disappears.

To find her, you have to go deep into the wetlands. If you pass the Arcana or Persuasion test, you will remove the illusion and reveal the true appearance of the location. If you fail to the test, you can achieve the same effect by talking to sheep.

Follow the path to reach the Teahouse (M7;5) (along the way you will also find the corpses of the brothers). Enter the building and talk to Auntie Ethel and bring up the subject (you can then take her offer to remove the parasite first), then tell Mayrina about her brothers' fate. The witch gets upset, sends the girl away and attacks you. 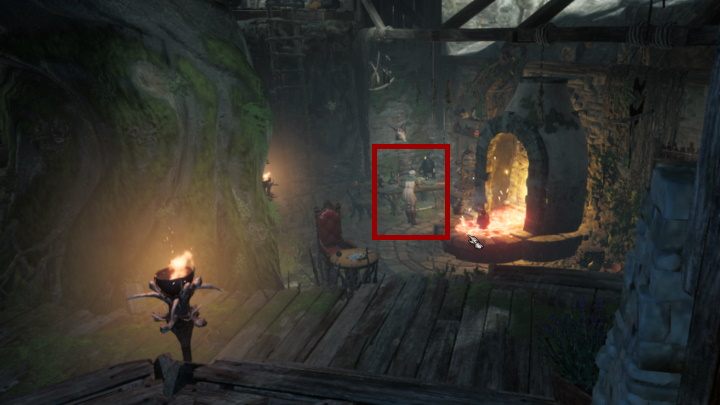 After the first round, Auntie calls for backup, uses the invisibility potion, and escapes through the fireplace. You can stay and fight the gnomes. Then you have to set the shooters up to increase their chances of hitting their targets. If you're not interested in fighting, follow Ethel right away.

If you follow Auntie, you'll first find yourself in a small room with a huge door. You can try to talk to them but they won't open up, no matter what you do. Instead, use a mask lying on the table. When you put it on, it turns out the gate is an illusion. But you have to take it off quickly, otherwise, the character who wears it will start attacking the rest of the team. 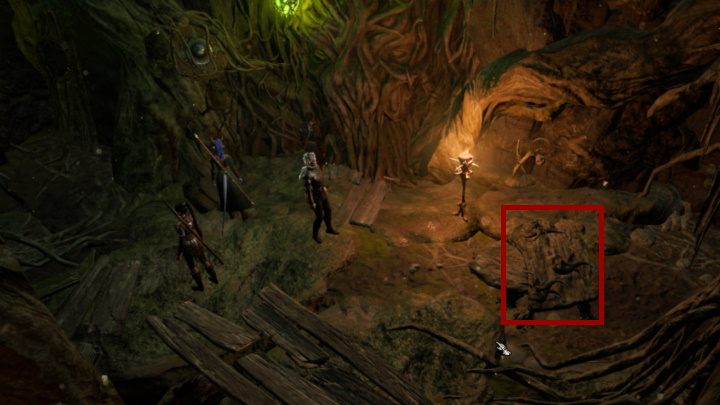 When you walk through the door, you run into a group of opponents. Whether or not they will attack you depends on the dice roll. The combat difficulty, therefore, will depend heavily on your luck. During this fight, it is best to deploy the shooters on elevated positions.

After the skirmish, jump over the waterfall. Then you'll find yourself on a path full of poisonous fumes. To clear your way, you can first burn the gas and then extinguish the flame (the cloud will reappear, so you have to hurry). Another option is simply to run over an obstacle.

Note: this quest has a major bug at the time of writing this guide. When you get to the bottom, all you see is Mayrine. Auntie Ethel is still under the influence of the invisibility potion, and the fight is not initiated. To see her, perform an area attack on the bridge near the bowl that lowers the cage. Then she'll show up, but she won't attack you. You can shoot her at will. 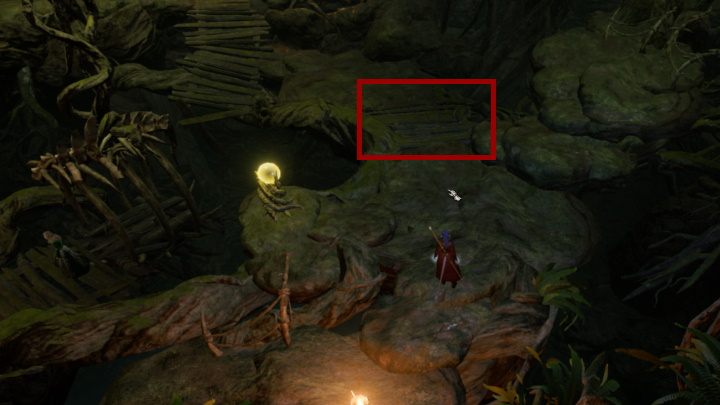 After the fight, search the witch's workshop. You will find a wand that allows you to resurrect the dead. Take her and use the portal in this room to leave the area. Near the place where you will exit the portal, is Mayrine. Talk to her and decide what to do. You have three options: