This page of the Baldurs Gate 3 guide explains how to use the Knock Unconscious action. You will also find out how this action works and under what circumstances it is best to use. 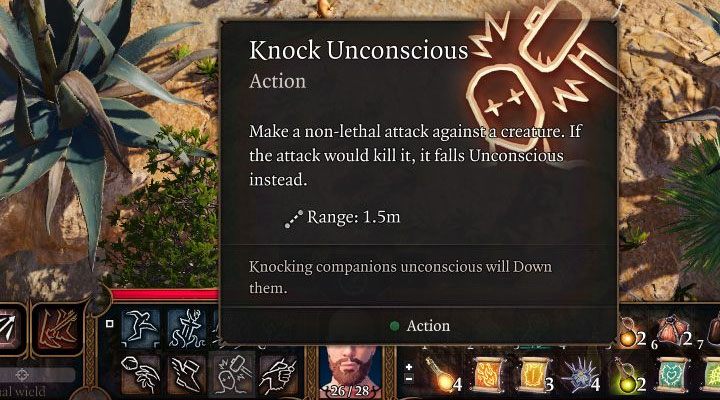 Knock Unconscious is the name of one of the so-called bonus actions. This means that using it during battle will not prevent you from performing main actions in the same round, such as mounting a weapon attack or casting a spell. The featured action is available to all team members and is on the action bar from the start of the game. 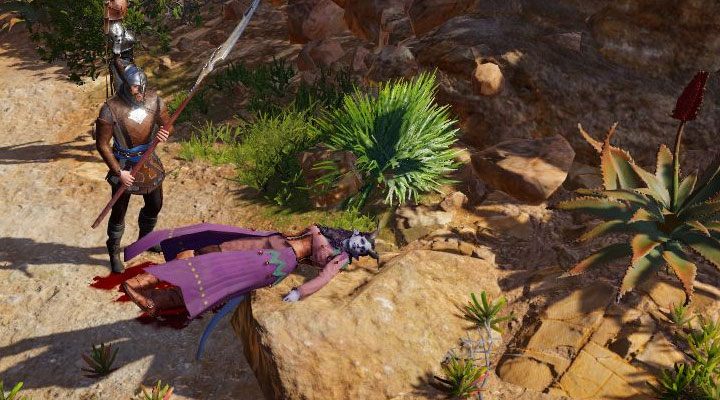 The Knock Unconscious action can have various uses, the most important of which is the desire to eliminate a given NPC or monster without killing them. The death of a character may make it difficult for you to continue playing, as, for example, another variant of the quest may be blocked. A character who has been knocked unconscious can also be easily robbed. The game will allow you to remove all items from the unconscious character's inventory without having to pass skill tests as is the case with pickpocketing.

Another useful use for the Knock Unconscious actions is when one of the team members is under the effects of mind control or other state or spell that will provoke him or her to turn on the other party members. By using the said action, you can try to "exclude" a given character from fighting without having to kill him. Of course, this type of action should be a last resort - it is always worth trying first to remove the negative effect and "recover" a member of the team or at least isolate this character from the rest of the team (e.g. by using the Sleep spell).