This page of the Baldurs Gate 3 game guide includes the M4 map, showing two adjacent areas - The Risen Road and Waukeen's Rest. Our description includes important locations, secrets, and places where you can encounter stronger monsters. 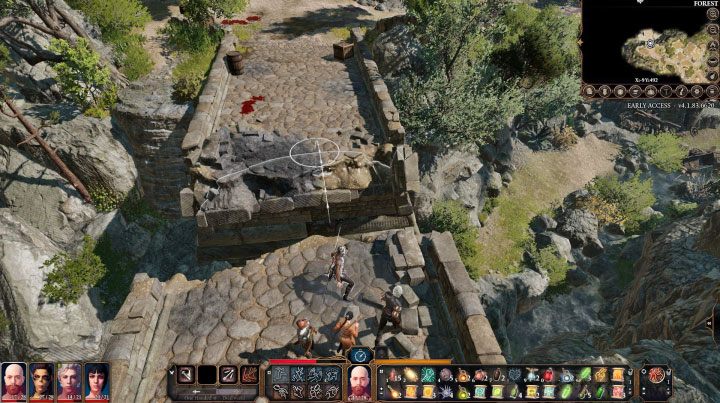 1. Damaged bridge. It is the main way to get to the northern part of the map and can be reached from the south - from the Blighted Village. The bridge is partially destroyed, but it's not a problem because you can give other team members instructions to jump to the other side of the bridge. 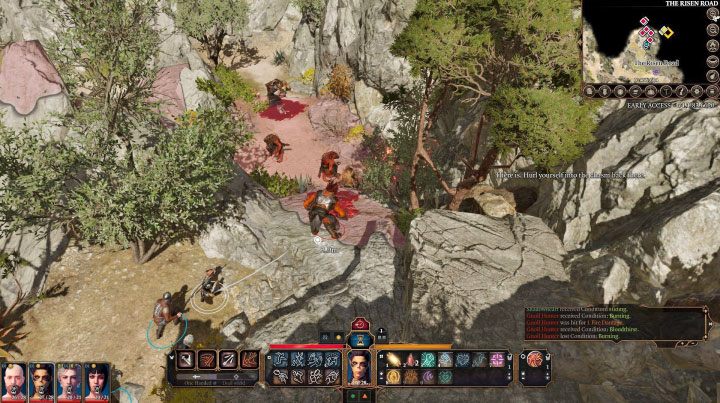 3. Gnolls in front of the cave. They surrounded the two survivors defending themselves in the cave (blue 6 on the map). 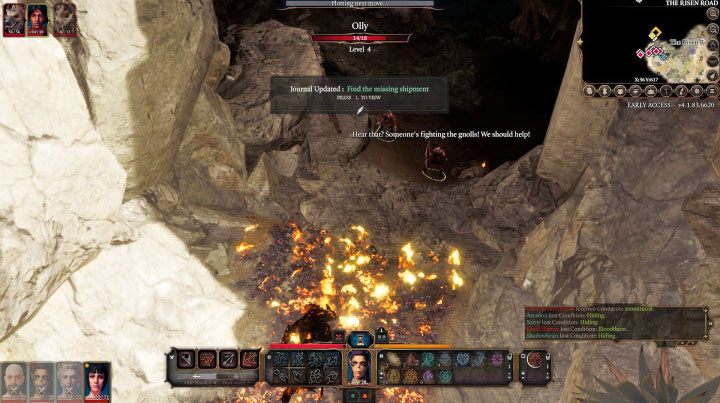 6. Survivors in the cave. Two people defend a crate linked to the "Find the Missing shipment" quest You can help them get rid of the gnolls (red 3 on the map), reach them from the trap door (red 4 on the map) or let the gnolls kill them.

You can pick up a large chest associated with the quest and move it to one of the heroes' inventory, or attempt to open it - it hides a powerful and dangerous artifact (the possibility of a powerful monster appearing - Spectator). There are other crates in the cave and there is a trap in front of one of them. 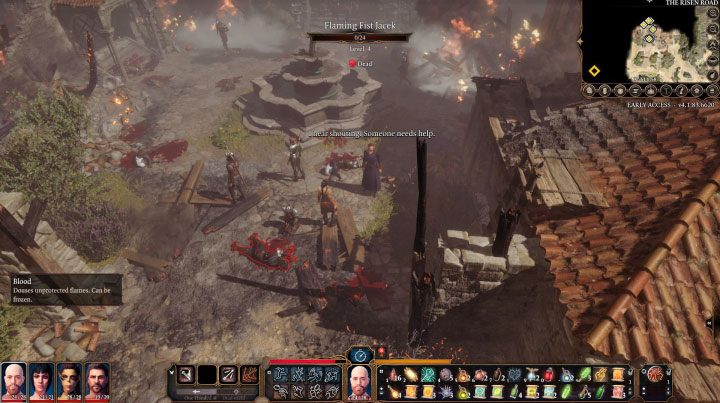 8. The burning Waukeen's Rest. The gate leading to the Rest (blue 7 on the map) is collapsed and you can help the Flaming Fists gathered there to break through.

The rest is connected to the quest to find and rescue the Grand Duke. You can search both floors of the burning Rest (an opportunity to save Benryn - complete one of the skills tests and help him escape) and adjacent buildings (Blue 9 on the map). The fire gradually spreads, but you can put it out with magic or seek alternative paths. 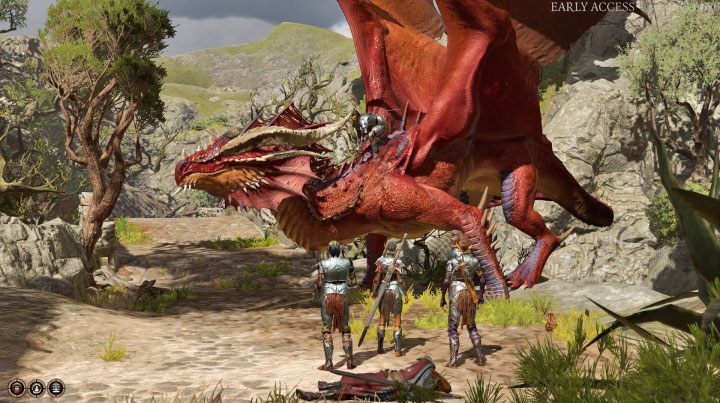 5. Githyanki Patrol. We strongly advise you to save the game before approaching the mountain pass, as the party may be forced to fight a battle with much stronger opponents. It is very likely that you will want to return here only after you have leveled up your companions and equipped them with better gear.

After approaching the pass, watch the cutscene with the dragon. If Lae'zel travels with the team, he will leave it to meet his men. The commander is a Kith'rak knight. Regardless of how you act, he will leave on the dragon, and your team will be forced into a difficult battle with the remaining githyanki. 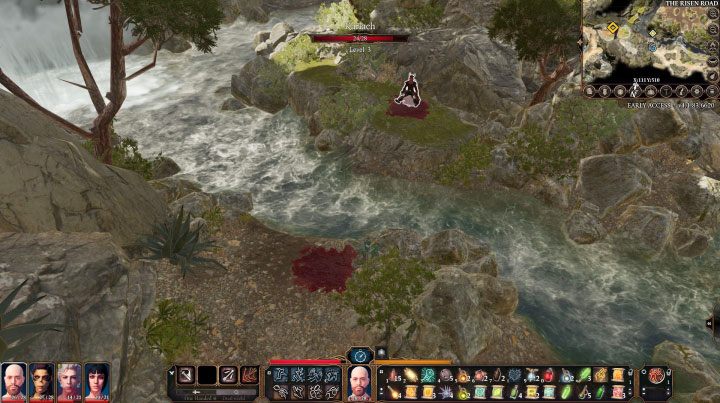 2. Karlach. She is a Tiefling hiding next to the river. Karlach is wounded, but can still attack with her crossbow. You can convince her not to fight by passing a perception or intimidation test. While talking to the Tiefling, you can agree to murder the hunters looking for Karlah (blue 3 on the map). Alternatively, you can ally with the hunters / paladins and kill Karlach at their request. 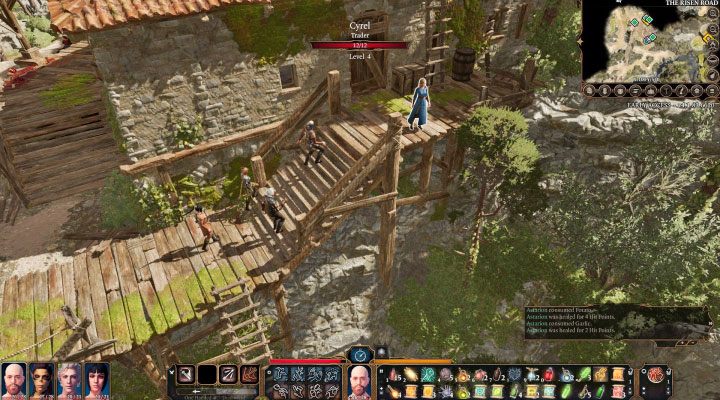 Other information on The Risen Road and Waukeen's Rest map

There are definitely more monsters and strong opponents in this area, who can attack your team - all potentially dangerous confrontations are marked with red points on our map. We do not advise exploring this part of the world map if your team members have not advanced to at least experience Level 4. It's good for them to be rested, too, so that they can use the most powerful of their skills and spells during combat.

The place where you encounter the Githyankai patrol is also the exit to the world map. Unfortunately, the early access version of Baldur's Gate 3 does not allow you to travel around the world. You can only watch what the map of the world looks like in the game.

Before you go to the burning Waukeen's Rest, consider equipping your mages with spells to generate water or with potions/spells to increase resistance to fire. This will make it significantly easier to examine burning buildings while avoiding receiving damage.