This chapter of the Baldur's Gate 3 guide describes a ready Fighter build. We suggest which race best suits the warrior class, how to allocate ability points, what equipment and passive skills you should choose, and what skills you should pick up.

Fighter is one of the most versatile classes available in Baldur's Gate 3, as it can be easily customized. Fighters know many fighting styles, can wear different types of armor, and, in some cases, even use magic. A classic Fighter equipped with a two-handed melee weapon, wearing heavy or medium armor is probably the most popular choice in any role-playing game. We also decided to follow this path in our proposed build. We also haven't forgotten about the ranged weapons that your Fighter can use in situations where you don't want to or can't get close to an opponent. 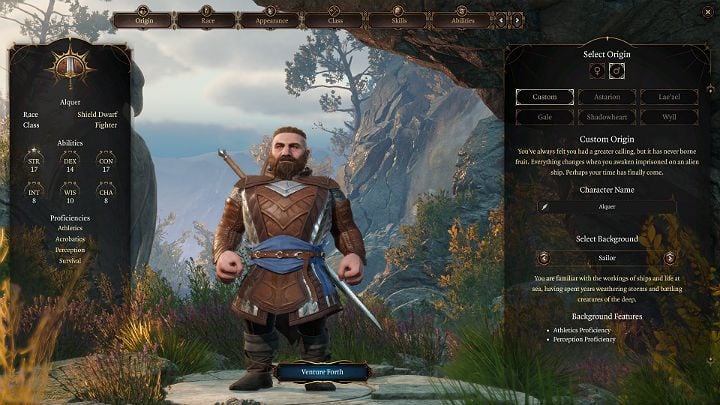 When choosing the right race for the Fighter class, it is definitely worth choosing a Shield Dwarf. Below is a list of bonuses your character will receive.

If for some reason you do not want to play as a Dwarf, you can also choose Githyanki. However, instead of the valuable bonus 2 points to Constitution, you will get only 1 to Intelligence.

When choosing a background for your Fighter, you should choose the option that offers Athletics proficiency, as it is the only one associated with the Strength attribute. You can also decide on skills related to Dexterity. Avoid those that provide skills related to Intelligence and Charisma  they aren't developed in this build.

When you create a Fighter in Baldur's Gate 3, your hero will immediately acquire a few proficiencies, as well as an additional special action. 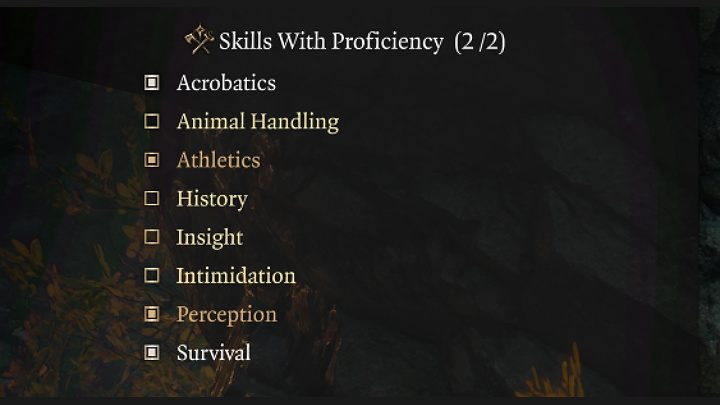 When developing the Fighter's attributes, you must first focus on Strength and Constitution. In this build, we also develop Dexterity. 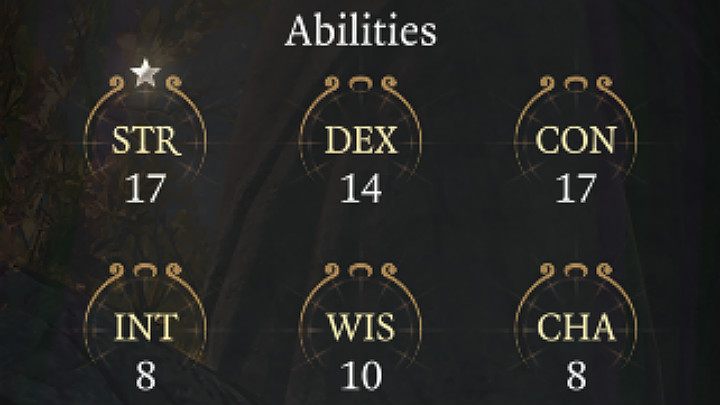 We propose to allocate the ability points for your Fighter as follows:

If you want to opt for a background that gives your character proficiency in Intimidation, you can give 10 points to Charisma and 8 points to Wisdom.

After gaining a second level of experience, you will be able to determine your Fighter's fighting style. You will have 6 options to choose from, but in this build, we focus on fighting with two-handed weapons. 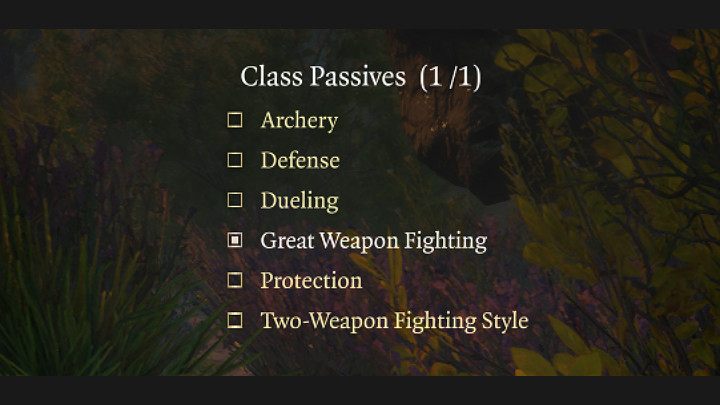 The probability of rolling a score of 1 or 2 twice when attacking is so small that in practice your character will always be able to get a better result.

When your Fighter reaches level 2, you will get access to a special action called Action Surge, which you can use once a day.

When choosing a weapon for your Fighter, we suggest a two-handed sword (main weapon) and a longbow as a secondary weapon. With them, your hero will be extremely effective in direct combat, and will also be able to quickly finish a target from further away. The armor your hero should wear is either heavy or medium. Always try to use armor that will give your Fighter the highest possible Armor Class and additional stats, like Dexterity, to maximize their chances of survival. 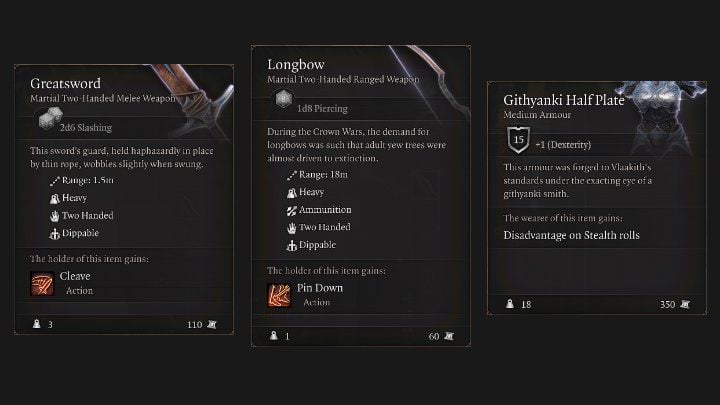 Note that using two-handed swords gives your hero an additional Cleave action  you can attack several opponents at once. You can use it once per short rest.

This Fighter build focuses on the Battle Master subclass, which allows your hero to use various combat abilities (passive traits) to gain an advantage over the opponent and inflict additional damage. If you want to use a given action, you will have to use a special dice called the Superiority Dice.

When you select Battle Master, you will have 3 of 4 passive traits to choose from. We recommend Menacing Attack, Pushing Attack, and Riposte. 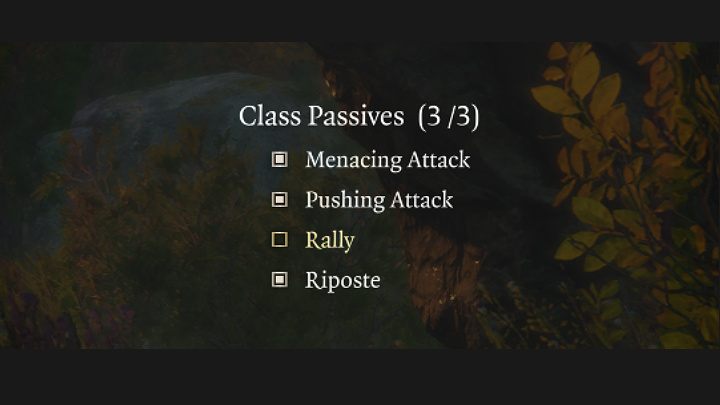 It is worth pointing out here the fact that you can use the Pushing Attack to push an opponent from a height  they will receive additional fall damage. In many cases, a single attack like this one can finish off even more resistant enemies.

After reaching experience level 4, you will be able to improve your Ranger's abilities by spending additional 2 points on chosen abilities. This is the best time to increase Strength and Constitution to 18 points.

Before you start playing Baldur's Gate 3 as a Fighter, you should know a few key tips that will greatly affect your hero's combat effectiveness and help you choose the right targets.