This chapter of the Baldurs Gate 3 game guide describes a ready Warlock build. We suggest which race works best as a Warlock, how to best spend ability points, what equipment and spells to choose, and what skills to select.

Warlock is one of the most powerful characters available in Baldurs Gate 3. His main advantages are the ability to deal significant damage to a single target and/or a larger group of opponents, as well as the extraordinary ability to conduct conversations due to his/her highly developed charisma and skills of persuasion, deception, and intimidation. In the presented Ranger build, we focus on The Fiend specialization (subclass), because we believe that this playstyle produces the best results. 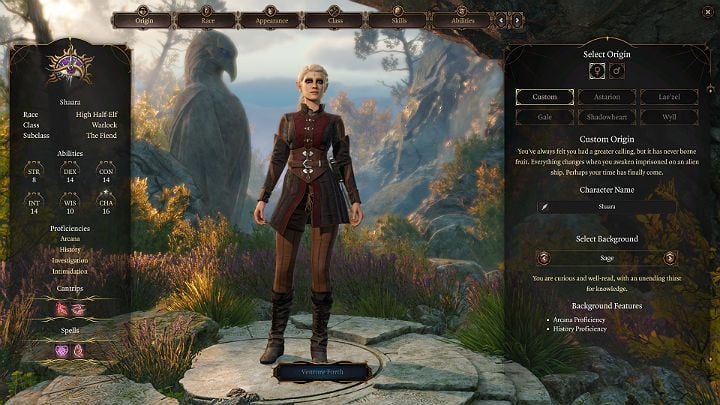 When choosing the race for the Warlock class, it is definitely worth choosing a Half-Elf. It won't matter what sub-race you choose, but we suggest that High Half-Elves can use an extra cantrip, while Wood Half-Elves are proficient at sneaking - choose the option that best suits your playstyle. Below is a list of bonuses your character will receive.

If for some reason you don't want to play as an Half-Elf, you can also choose the Tiefling. The racial bonuses you get are 2 to charisma, 1 to Intelligence, Darkvision, and the Thaumaturgy cantrip.

Choosing the right origin for a Warlock will not be easy, as it is worth avoiding the one in which the hero immediately becomes proficient in Deception and Persuasion, because he or she will obtain them after reaching experience level 2 through the passive Eldritch Invocation - Beguiling Influence. For this reason, you can choose whichever background you want, but it's worth considering options related to Iintelligence or Dexterity.

As one of the character classes available in Baldurs Gate 3, Warlock can choose his specialization (subclass) as early as during the character creation. The proposed build focuses on The Fiend subclass as it provides the Warlock with Dark One's Blessing. 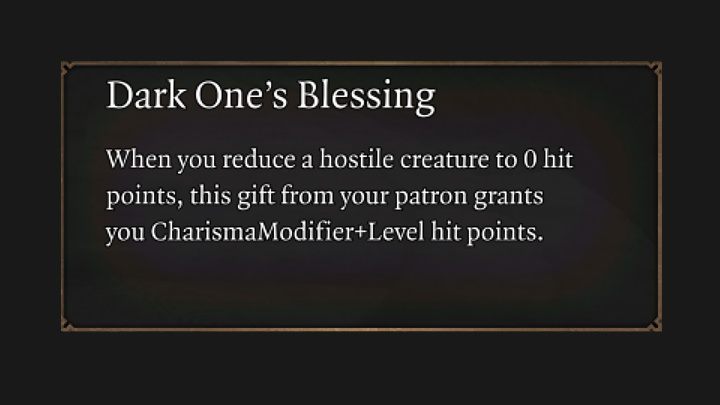 By creating a Warlock-class character in Baldur's Gate 3, you will be able to choose 2 cantrips that your character will be able to use. When reviewing the list of available spells, we particularly recommend Eldritch Blast as Warlock's main attack, as well as the Friends skill - useful during dialogues.

Due to the fact that Cantrips can be used in every round with no limitations, you should select ones that you will be definitely using. Remember to stick to the Eldritch Blast, as it will be your main attack spell. The second choice is entirely up to you

Warlock can also learn 2 spells he/she will be able to use. We particularly recommend Hex as a spell to increase the damage of Eldritch Blast and Command (Halt) as a useful control spell.

Unlike the previously described Cantrips, spells use a slot when being cast which means they cannot be used indefinitely. Spell slots renew after a short rest.

When choosing a skill for your Warlock, you should choose Intimidation as an skill closely related to Charisma. Don't choose Deception and Persuasion, as your hero will receive them once you have unlocked experience level 2 and choose the Beguiling Influence passive ability. 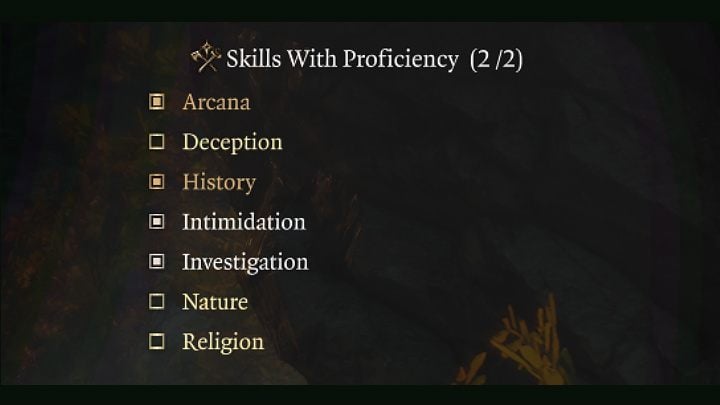 When developing Warlock's abilities, one must first focus on Charisma as the ability responsible for Spellcasting. It's worth spending points on Constitution, Dexterity, and Intelligence. 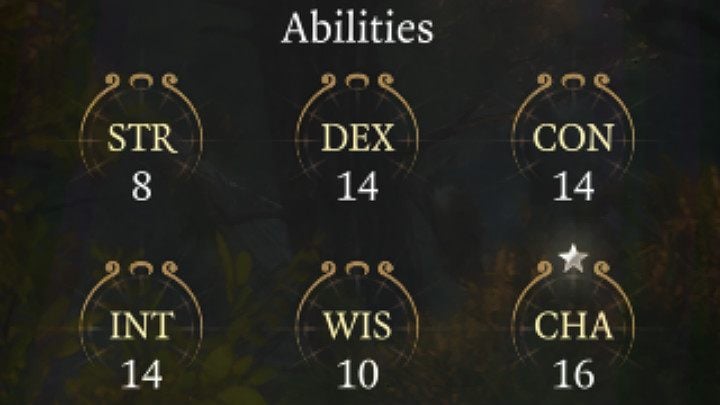 We propose to assign Warlock's ability points as follows:

Warlocks rely on their spells to deal damage to opponents in every possible situation. Situations in which your hero will use a melee weapon will be really rare, so it doesn't matter what weapon you use to eventually strike an opponent within range of the attack. Your Warlock should wear light armor, which provides a Dexterity bonus. 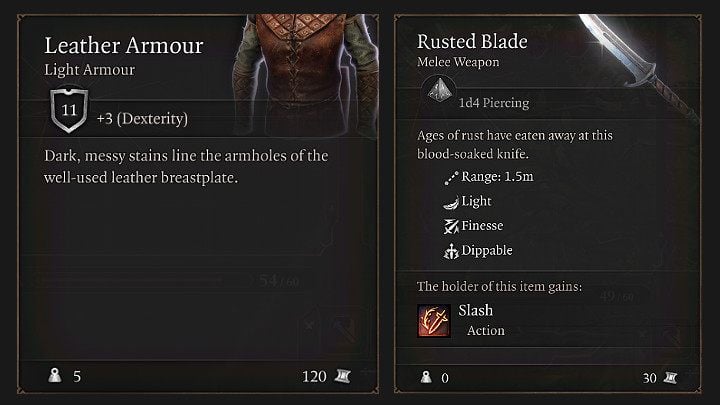 Once you have reached experience level 2, you will be able to choose two of the nine passive abilities that will give your hero specific bonuses and increase his or her fighting abilities. We particularly recommend Agonizing Blast and Beguiling Influence. 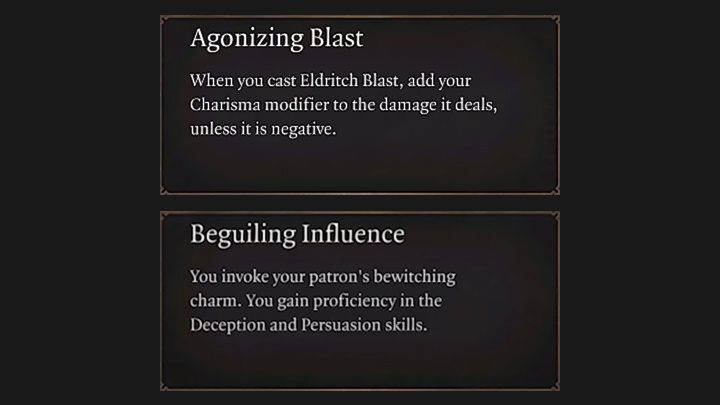 With Agonizing Blast, your hero will deal much more damage using his/her basic Eldritch Blast spell. Once Charisma is increased to 18 points at experience level 4, each hit will deal 4 damage points.

Pact of the Chain

After unlocking experience level 3, your hero will receive an additional ability called Pact of the Chain.

Remember to use this spell before you enter the fight so that the familiar can engage in it. In addition to being able to fight, the creature can also serve as bait and distract opponents from your team. 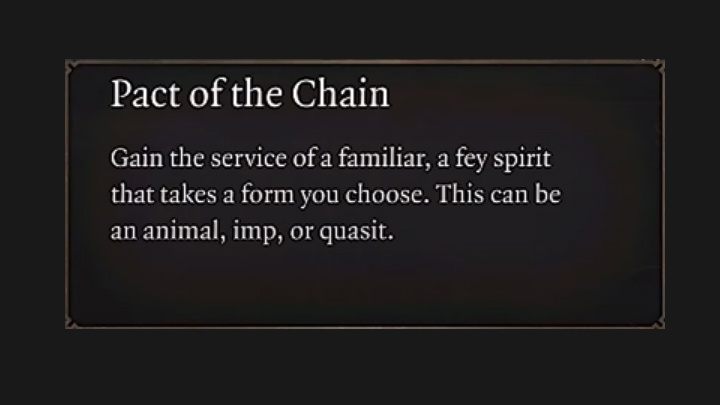 Once you have reached experience Level 3, you will be able to select another spell for your Warlock's spellbook. You will have up to 16 level 2 spells to choose from (both defensive and offensive) but we recommend choosing Misty Step.

If you are curious about what are Warlock's level 2 spells after reaching experience Level 3, you can check them all on a separate page of this guide.

After reaching experience level 4, you will be able to improve your Ranger's abilities by spending additional 2 points on chosen abilities. This is the best time to upgrade Charisma to 18 points. This will enhance Warlock's power, but also his skills like Persuasion, Intimidation, and Deception.

Before you move on to the Warlock gameplay in Baldurs Gate 3, you should know a few key tips that will bring you even closer to this class and significantly affect your hero's effectiveness during combat.