This page of the Baldurs Gate 3 guide explains weapon dipping and its use. This is one of the more interesting game mechanics available practically from the beginning of the campaign. 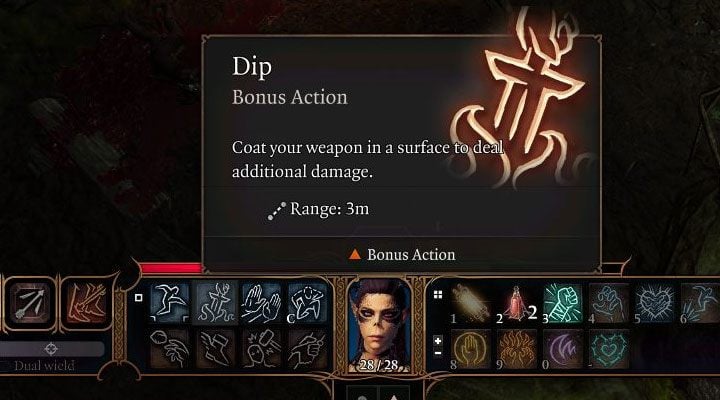 Dipping is one of the bonus actions. This means that the action is always on the protagonist's action bar. It is available from the very beginning of the game and applies to all party members, not just the main character.

Dipping can be used at any point in the game, even when you are exploring the world in real-time. Since this is a bonus action, using dipping during combat will not affect either the character's ability to move or to activate one of the main actions in the same turn (e.g. attack with a weapon or cast a spell). 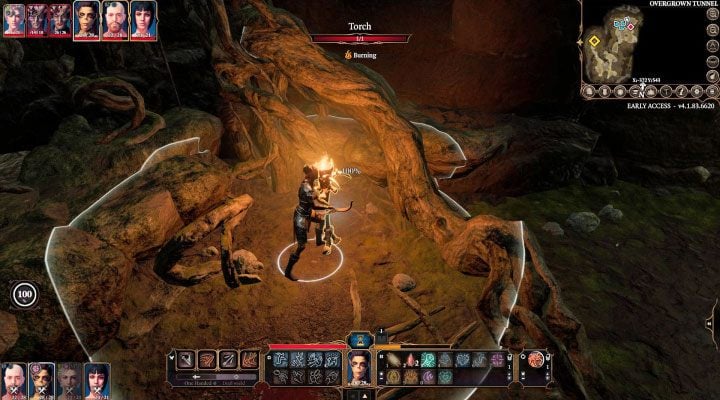 As the name suggests, you can dip your currently selected weapon in something  this action is available for both melee and ranged weapons.

The dipping action can have many different variations, with the most common one being the dipping a weapon in flames  an example of this action is shown in the image above. You can dip a weapon in flames, for example, by interacting with a torch, candelabra, or simply into something that is burning. After that, your weapon will be able to inflict fire damage or shoot fire projectiles (that can detonate poisonous fumes).

Weapons can also be dipped in other places, such as blood or oily substances. It is highly recommended to experiment with elements of the environment to see if you can use dipping on them.

Additional note - Effects of dipping a weapon (e.g. in flames) can be temporary, i.e. they will remain active for a certain amount of time or for a certain number of turns. Fortunately, there are no restrictions on repeating this action in order to get the same or different effects again.