This chapter of the Baldurs Gate 3 game guide describes what skills your characters may have, what abilities the individual skills are associated with, and how they affect the gameplay.

The skills in Baldurs Gate 3 are not active skills, as with many other games, but passive talents that determine how well your character will handle certain tasks. It is also worth noting that some skills are not available for selected classes. The characters' skills are tested by throwing a 20-sided dice (D20), and the attempt does not always have to be a successful one.

All skills and their features

In the table below, we list and describe all of the skills from Baldurs Gate 3 and suggest what abilities they are associated with and to which character classes they have been assigned.

Your hero's skills can be automatically put to the test when you take some action, such as trying to hide in the shadows, stealing, remembering historical information, or trying to discover a trap, a hidden passage, etc. 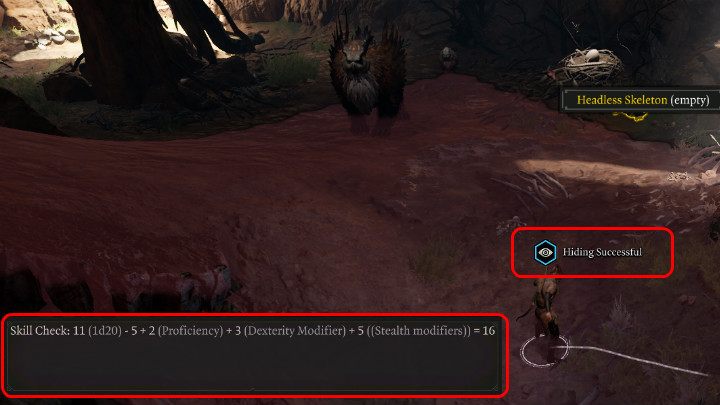 In the image above you can see a situation in which the protagonist tries to sneak past the Owlbear unnoticed. The character hides in the shadow and moves towards the creature and successfully passes the hiding test. The hero rolled 16 during his skill test, thanks to the fact that he received 2 proficiency points in this skill.

Your character's skills can also be tested during the conversation by selecting the right dialog option. Dialog options associated with a character's proficiency in a given skill have a much higher chance of success. 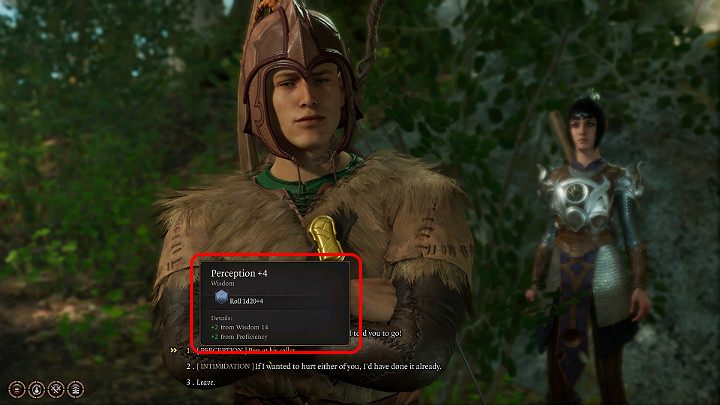 The above screen illustrates a situation in which the protagonist wants to use persuasion skills during a conversation. Thanks to the Proficiency bonus 2 in this skill and additional points earned by the Wisdom ability, it can be much easier to achieve his goal.