This chapter of the Baldurs Gate 3 game guide describes what character traits you can develop, and how they affect the gameplay and development of your character.

What other role-playing games call "attributes", in Baldurs Gate 3 are referred to as abilities, and these include Strength, Dexterity, Constitution, Intelligence, Wisdom, and Charisma. Each ability includes a wide range of skills in which your character can be proficient. It also helps him or her to use a particular type of weapon or cast spells. Abilities in Baldurs Gate 3 (apart from Constitution) are also associated with certain skills, such as Dexterity with the ability to Sneak, and Charisma with Persuasion.

All abilities and their features

The table below lists and describes all of the character abilities available in Baldurs Gate 3 and hint at what skills they are associated with.

Character abilities can influence the outcome of a defensive dice roll against a threat by adding their modifier to the score thrown on the 1d20 dice. For example, a hero enters an area covered in wild vines and must score at least 12 points to pass through that area unscathed. 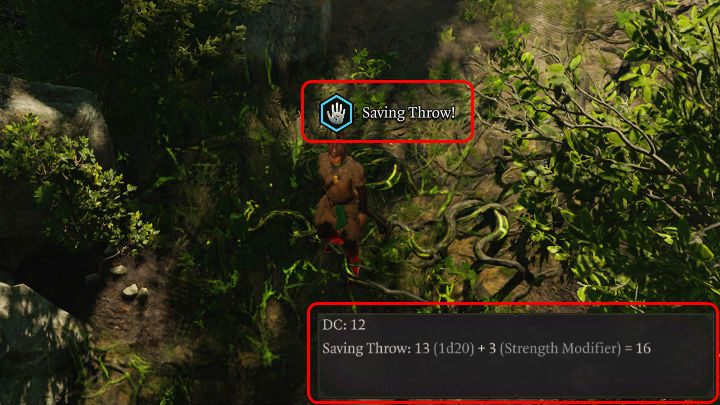 In the image above, the hero rolls a success in the Saving Throw against vines and could go on without any difficulty or damage received. It is worth noting here that a Strength 3 modifier was added to the result of the Saving Throw, which gave the hero a total score of 16 points.

The abilities can also help the protagonist pass a skillcheck with which they are closely related. With this solution, the hero can earn additional points to the score he or she rolls, thus increasing his or her chances of succeeding. 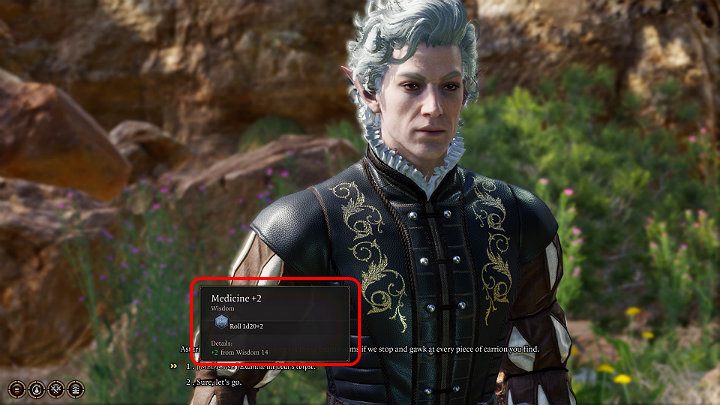 In the image above, one of the characters can be seen talking to Astarion about an incident on the road. The hero can choose a dialog option related to the skill of Medicine, thus receiving 2 points to the score due to the bonus added from the Wisdom ability.

During certain dialogues, your character's abilities may make it easier for him or her to perform a particular action. For example, Dexterity may be helpful when performing a delicate procedure to remove the brain from the corpse, and the strength to hit the interlocutor. 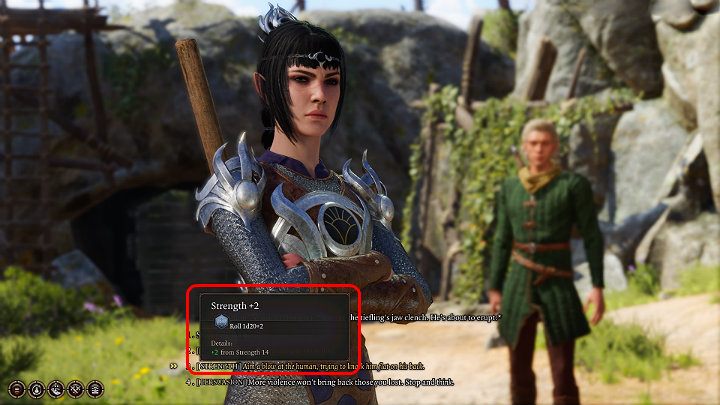 The screenshot above shows a situation in which the character is able to use strength during the dialogue and punch one of the interlocutors. The Strength modifier adds 2 points to the hero's score, giving him a much better chance of successfully executing the action.