This page of the Baldur's Gate 3 guide has the most important information about managing the party. You can find out, e.g. how to join and send back potential party members, how to command them, how to influence the attitude of allies towards the main character, and how to develop companions.

You start Baldur's Gate 3 alone and that means you have to recruit new party members yourself. We don't recommend trying to go through the game alone. With a party, you will not only be able to fight big battles more effectively, but also be more versatile. It is worth having characters who can perform specific activities, such as casting defensive spells, passing specific skillchecks, or lockpicking and disarming traps.

Throughout the campaign, you can recruit several different characters  we listed them on the List of playable characters page. You will also find descriptions of possible requirements that must be met to invite a person to the party. In most cases, this is done by selecting a dialog option.

Note  in some cases, the game will also allow you to refuse a companion. However, this is not a good idea, as you will gain nothing in this way. You lose a potential ally whose skills might be useful in certain situations. 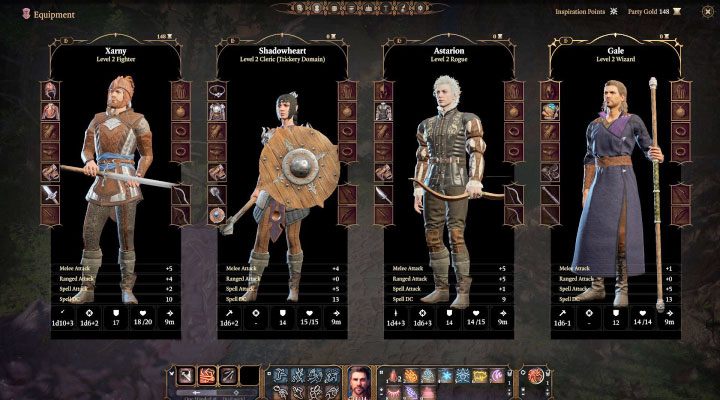 The active party in Baldur's Gate 3 (i.e. the one that travels the game world) can consist of up to 4 people (1 main character 3 companions).

Try to make the party as diverse as possible. Ideally, you should get characters representing different classes, such as a Fighter, Rogue, Cleric, and a Wizard. This will make the party members able to complement each other when performing an action or fighting an opponent. 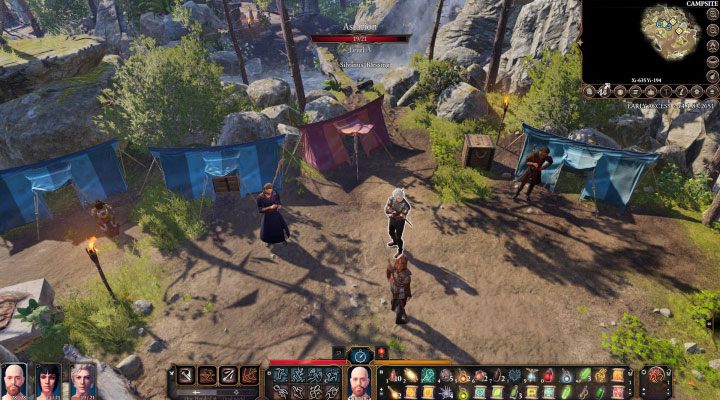 You cannot travel the world with all your companions  you will encounter more than three people who can be recruited. Fortunately, you don't have to plan in advance who you want to invite and who you don't. You can send any potential companion you encounter to the party camp, where they will wait patiently until you decide (or not) to take them on the next expeditions. This mechanic is described in more detail on the Camp page.

Companions' attitude towards the main character 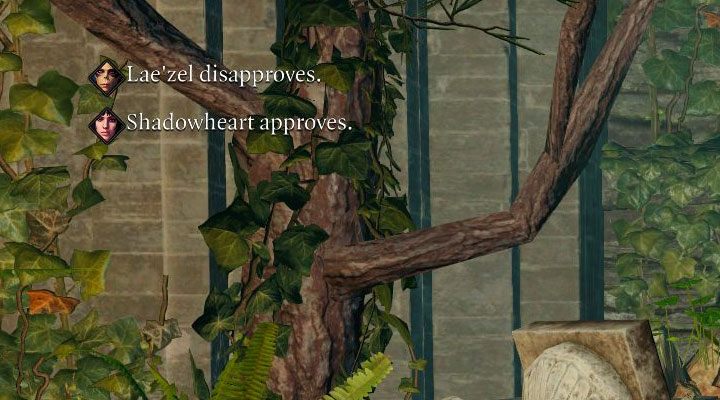 The people you recruit have their own personalities and can react to a lot of events happening around them. This is shown in two main ways.

Party members can express support or disapproval of your actions. The game may display information that a character's attitude towards the main character has changed. This usually occurs during conversations and quests. If you behave according to the worldview of a given ally, you will gain positive relationship points. Thanks to that you will be able, for example, to get to know this character better or even gain a chance to start a romance. We have described this mechanic on Companion approval - how to check? page. 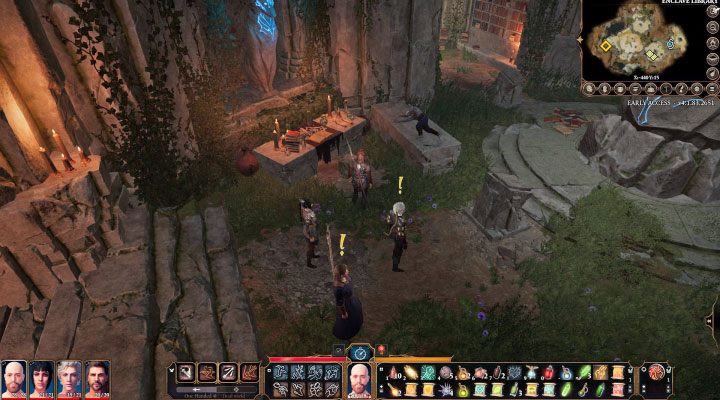 Another type of party members' reaction is signaled by an exclamation mark appearing over their heads. It means that a companion wishes to comment on a recent event and talk to the main character about it. This is often an excellent opportunity to gain support points. However, you have to be careful during the conversation, because if you express an opinion that is completely different from that of the ally, you will lose relationship points.

Companions may also interfere in certain conversations with NPCs. This can happen, for example, if they need to share their opinion or if they know the person you are currently talking to. 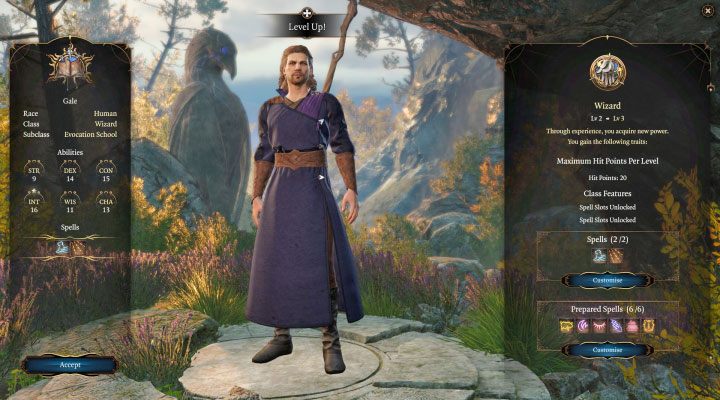 Party members can level up just like the protagonist. You also have the same level of control over their development, i.e. when they level up, you can decide, for example, about choosing a subclass or getting new spells. This allows you to develop these characters according to your preferences. 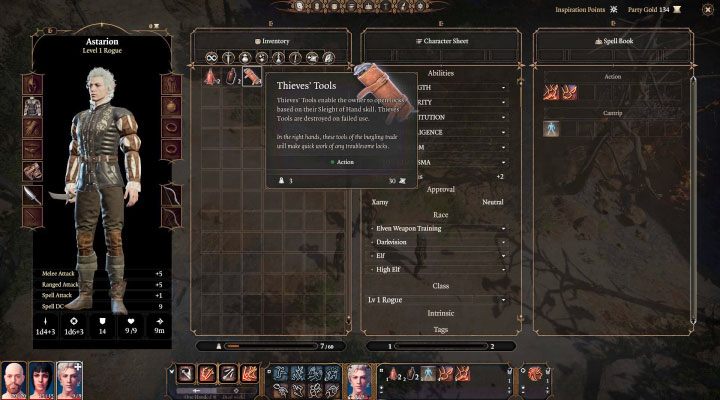 BG3 offers full control of the companion's inventory and equipment. Remember to equip them with better weapons, armor, magic items, or consumables. This will help them in battles and perform a variety of activities.

Having access to the inventories of all party members eliminates the problem of overloading the protagonist's inventory. All heavier and unnecessary items (e.g. swords, armor or shields found in the game world) can be placed in the inventories of other party members. The game allows you to move items freely between characters' inventories, so you don't even have to talk to them to pass items.

Controlling the party during fights 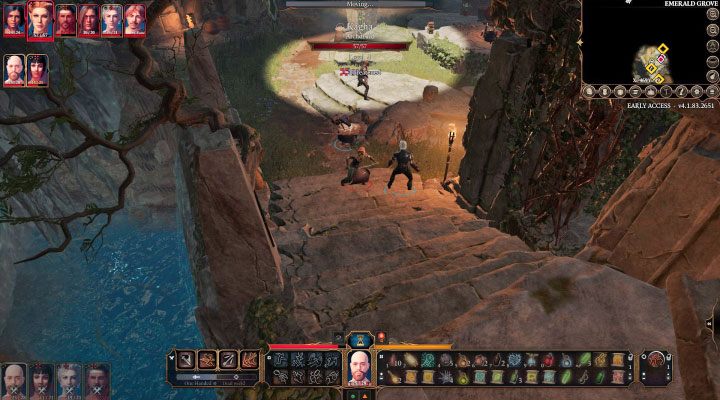 In Baldur's Gate 3, you have complete control of all the active party members in every fight. You should know about the following things:

For more tips, see the Combat, Stealth chapter, and the Party - how to separate? pages. 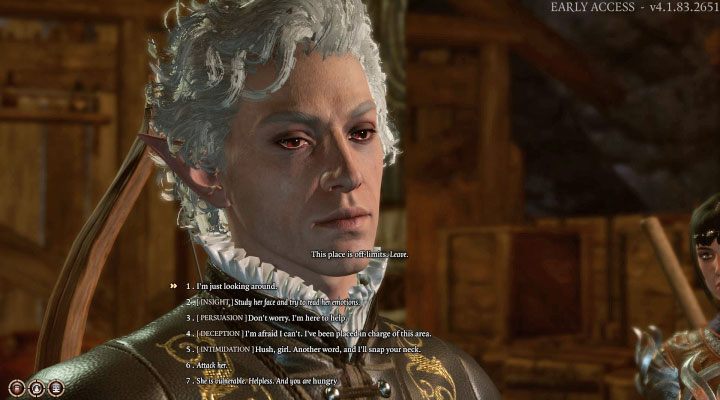 You can complete many skillchecks with a party member - it doesn't have to be the main character. Simply switch to another character before you talk to the person or interact with the object requiring a skillcheck.

Increasing your chances of completing a skillcheck is simple  choose a party member who is proficient in the skill required for a particular skillcheck, or with the highest developed attribute (e.g. Strength). Unfortunately, even if your character specializes in a given field, skillchecks are very random  remember to save the game before attempting them.

Each recruited companion has their own quest, which is added to the journal. They are treated separately from the main storyline and side quests, which can be done with any party.

Before starting or resuming a companion's quest, visit the camp and invite that person to the party. If you don't do that, you won't be able to complete certain quests because, e.g. only a particular companion will be able to speak to an NPC. Even if there is currently no such requirement, you will get some comments as the quest progresses.