On this page of the Baldurs Gate 3 guide you will find information about how to split your team do and why to do it.

How to split the party?

Splitting a party is very simple - just grab a portrait of a particular character and move it away from the rest. Then there you'll see a clear gap between the portraits. From this point on, the character moves independently from the rest of the group.

Of course, you can also split your team into two groups. In such case, you have to move another character to a previously separated character. If you want to reconnect the party, you just have to drag and drop members back to the main group.

Splitting a team has a certain strategic appeal. In fact, it may give you a significant advantage during the fight. A lone character can be used to provoke the enemy. During exploration, you can see opponents on the minimap, allowing you to prepare for encounters in advance. 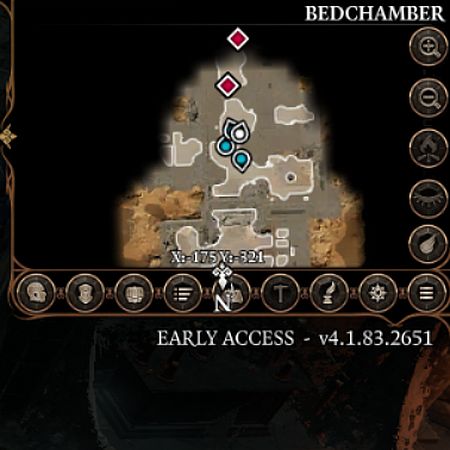 Only the intercepted character will participate in the fight. The rest of the group can then be used to sneak up on opponents. This way you have an opportunity to further weaken your opponents and thus gain an advantage.

If you have an archer and there are elevated locations on the battlefield, consider moving him to such area. This will increase your chances of hitting opponents.