This page of the Baldurs Gate 3 game guide describes how to act when you find a talking brain on board a flying Nautiloid ship. You'll also learn how to join the Intellect Devourer to your team. 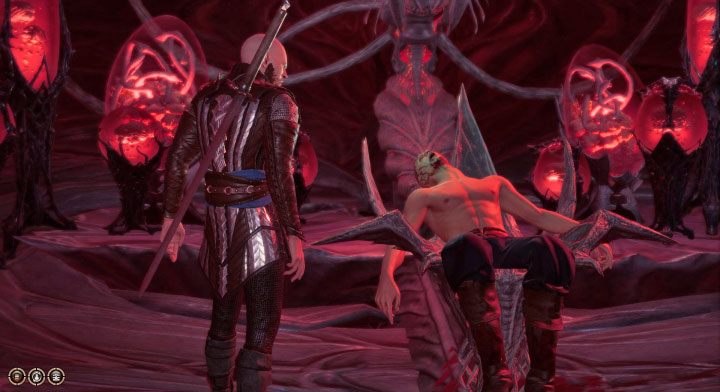 The opportunity to encounter a talking brain - the Intellect Devourer - appears during the course of the Prologue on board a flying ship - Natuiloid.

In the early part of the exploration of the ship, you encounter Myrnath, who has undergone the surgery. 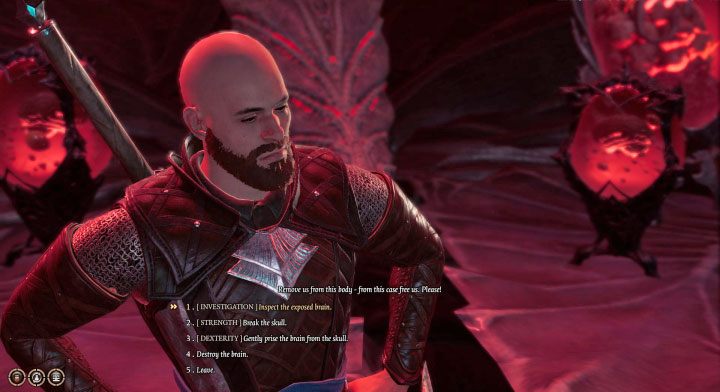 When you look at Myrnath, you'll hear the voice of a talking brain asking to free it. You can choose to destroy the brain or listen to the brain's requests to the end. There will be an opportunity to pass four skill tests: 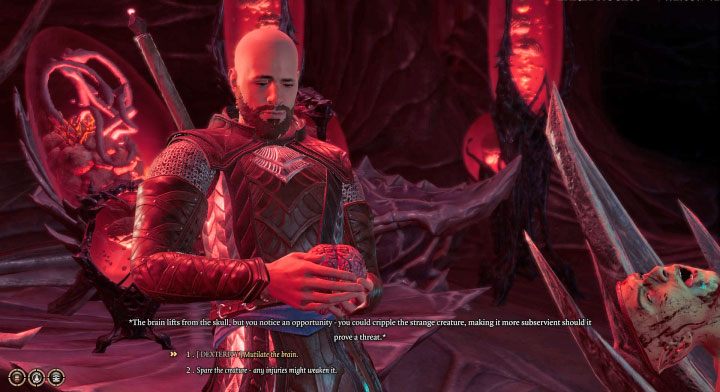 If you've successfully removed a talking brain from the skull, you can also complete the Dexterity test in order to secretly mutilate it. The requirement to pass this test is 13.

Alternatively, you can leave the talking brain intact. 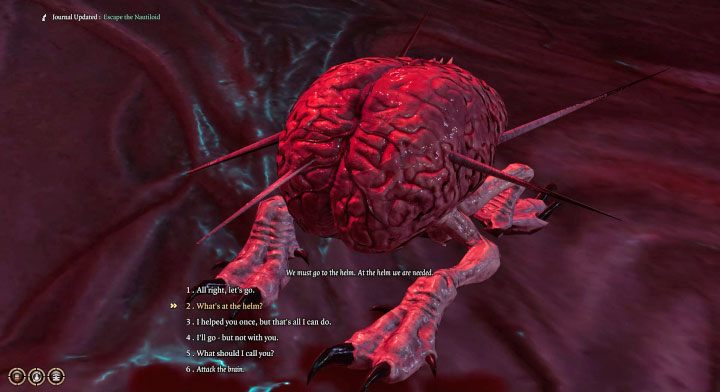 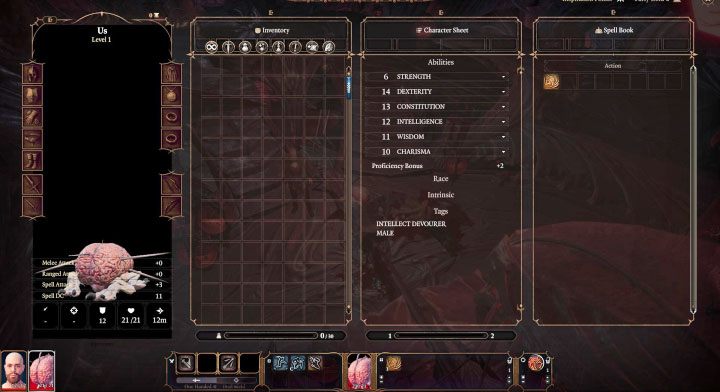 The talking brain is the Intellect Devourer - Us. You can allow him to accompany the hero on his way to the captain's bridge. The Intellect Devourer will be able to take part in battles along the way, as he can become an active member of the team for the duration of the prologue.