On this page, you will find a set of tips for beginners for Baldur's Gate 3. We've prepared various tips and tricks on, e.g. combat and exploration of the game world. Things listed there should help you during the first hours with BG3.

Save your progress as often as possible 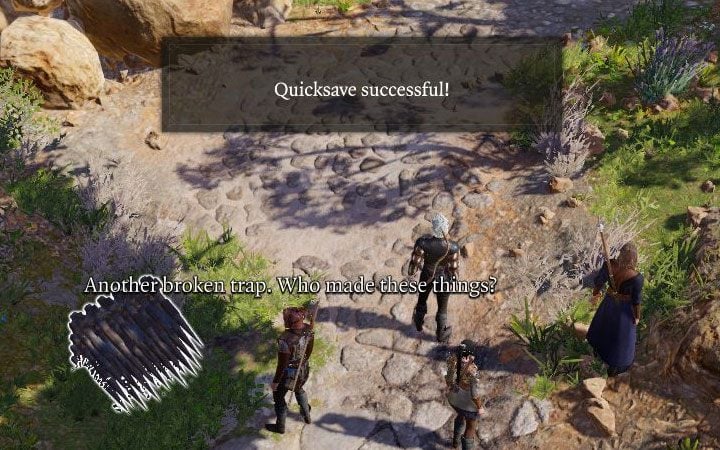 In Baldur's Gate 3 you can save without restrictions and you should definitely use this. You can do manual, fast, and auto saves. Save the game:

For more information on saving your progress go to Saving - when can I do that? page in the FAQ chapter.

Examine opponents by checking the cards with information about them 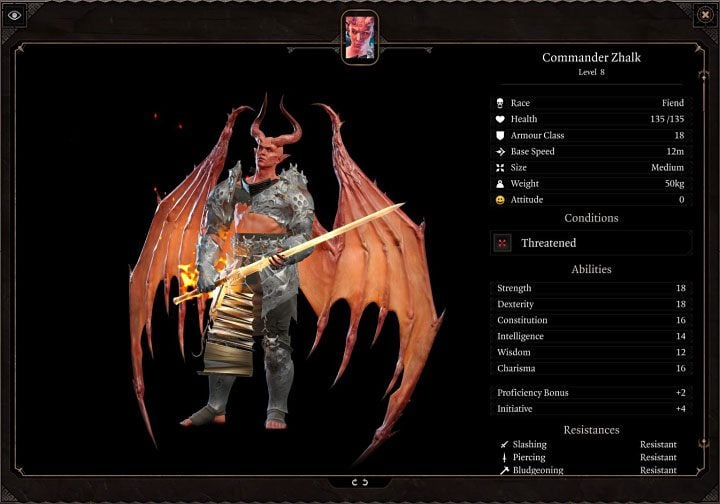 Baldur's Gate 3 allows you to display information about your opponents and all other characters for free. To do this, you need to move the cursor over a given character, press the right mouse button, and select the option to display the character card.

You can learn, e.g. about the number of their health points, armor class, resistance to different types of attacks and spells, speed of movement, proficiency, or initiative. All this knowledge will help you determine whether you will be able to easily defeat this character, as well as better prepare to attack it (e.g. choosing attacks and spells associated with its weaknesses). 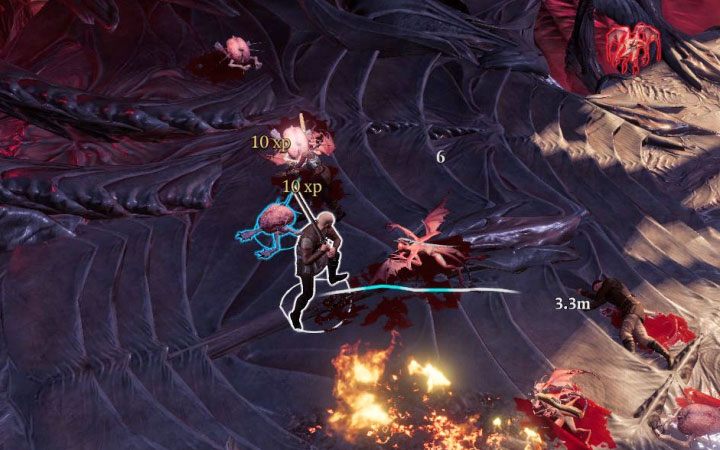 You can and should prepare for many fights by placing your characters near opponents before the fight starts. Use stealth mode to avoid being detected too soon. You can change the placement of party members when the fight begins  enemies will react to your decisions. Remember to:

For more details, see the pages dedicated to combat and sneaking.

Environmental hazards can be a hindrance or advantage 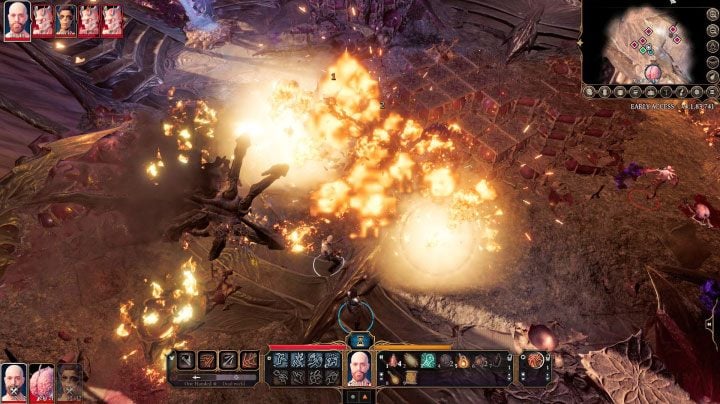 The battlefields in Baldur's Gate 3 are interactive  you have to take this into account when planning attacks and routes for your party members. Depending on the circumstances, environmental threats may help you eliminate enemies or pose additional threats to your party. Here are some tips for them:

Not all fights are mandatory 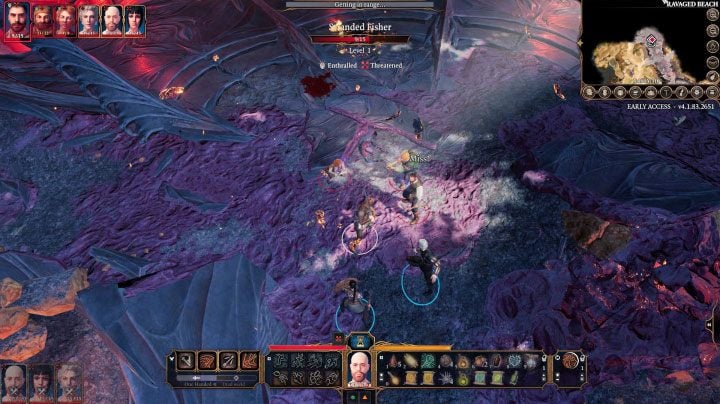 Baldur's Gate 3 is a type of game in which multiple quests and individual confrontations can be completed in various ways. Some of them let you avoid fights. This can be particularly helpful when you can be forced to fight a strong opponent or a group. Remember the following:

Choose those skillchecks where you have the best chance of success 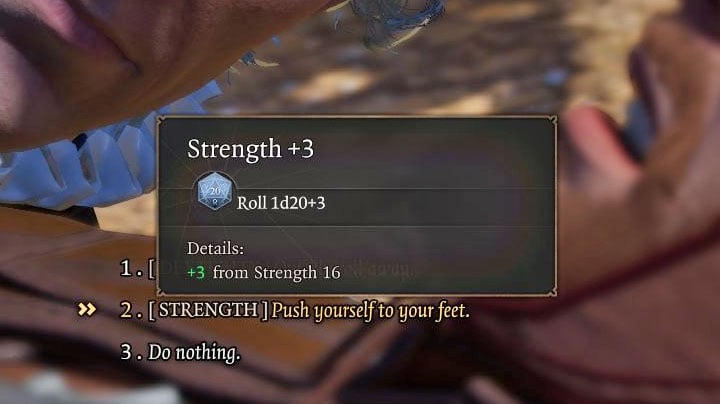 A greater chance of success in a skillcheck gives you bonus points to the value you got from a dice roll (in the example in the picture above, this bonus is 3). You can receive a bonus if the skillcheck is linked to a skill in which the character has achieved proficiency, or to a trait that he or she has developed sufficiently. Try to look for these skillchecks, especially if there are several different ones to choose from during a single scene or conversation. Two important things to remember here:

For more information on the skillchecks, see, e.g. Skillcheck - can you repeat it? page in the FAQ chapter. 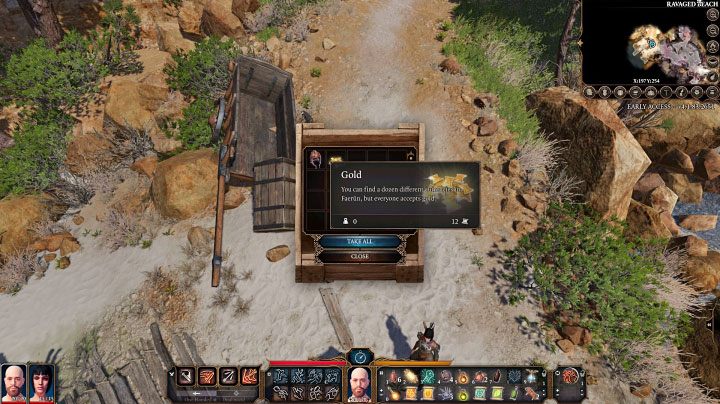 In Baldur's Gate 3, there is plenty of loot waiting to be discovered the locations you visit. You can find it in two main ways:

For more information, see How to highlight items nearby? page in the FAQ chapter.

Look for optional locations and paths 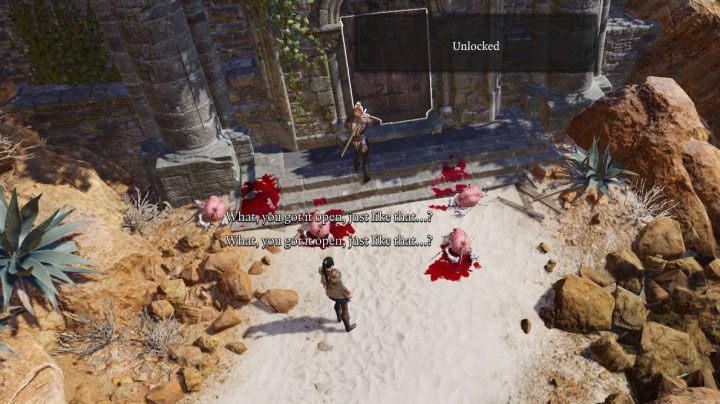 Each major location in BG3 contains optional passages and minor locations that can hold unique treasures or alternative paths to areas associated with quests. Here are some key hints for them:

For more tips and hints, visit the Exploration section in our guide to Baldur's Gate 3.

Recruit companions as soon as possible after completing the prologue 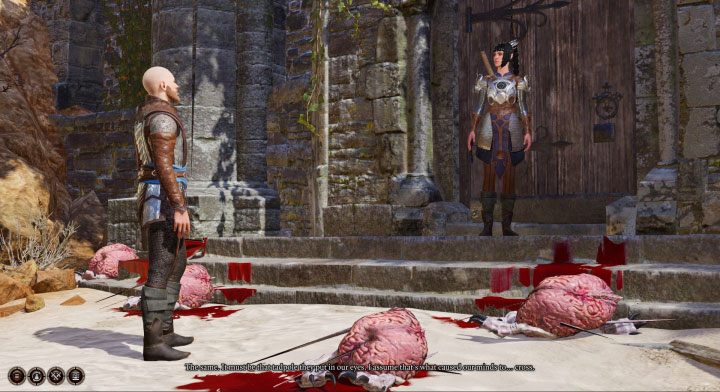 After the prologue aboard the Nautiloid, your character wakes up alone on a beach. Fortunately, you won't be alone for too long. By exploring the area you can quickly recruit the first companions. For example, right next to the beach, you will come across a closed entrance to the ruins - a cleric named Shadowheart stands nearby. Recruiting her will give you access to many useful spells.

Having more party members will be very helpful in winning the initial battles. This also gives you greater versatility, both on the battlefield and in sequences that require, for example, using characters' skills to increase the chance of passing skillchecks.

The list of playable characters has information on where to recruit new companions.

Analyze the queue of moves during fights 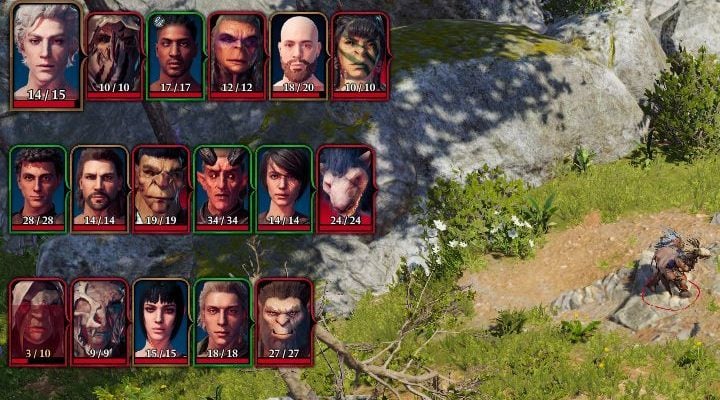 When fighting, the queue of the moves is always displayed in the top left corner of the screen, in which team members and allies (green border) and opponents (red border) are included. You can use that knowledge and try to eliminate, weaken or paralyze stronger opponents before their turn. Similarly, you can also heal, strengthen or impose blessings on those allies who will soon make their moves.

Side note  only those team members who entered the fight are included in the queue.

Be sure to defuse the traps 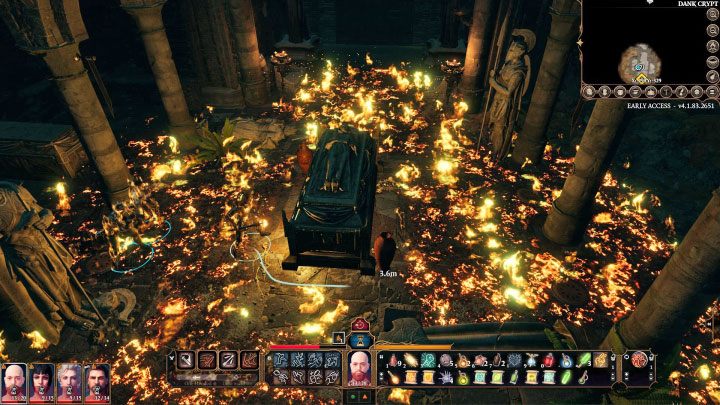 Traps in Baldur's Gate 3 can instantly kill one or even all of the team members. So it's best to look out for them when exploring all sorts of dungeons, crypts and other locations with valuable treasures. Traps can be identified through successful perception tests.

After locating a trap, you definitely try to neutralize it by using a character with agile hands and a set to disarm the traps. Before any such action, save the game, because a failed attempt can not only lead to the loss of tools, but also to the triggering of the trap. If you're unable to disarm the trap, it's best to leave it for later, return with more experience.

You can learn more about traps in the section entitled  How to disarm traps? in the FAQ section of the guide. 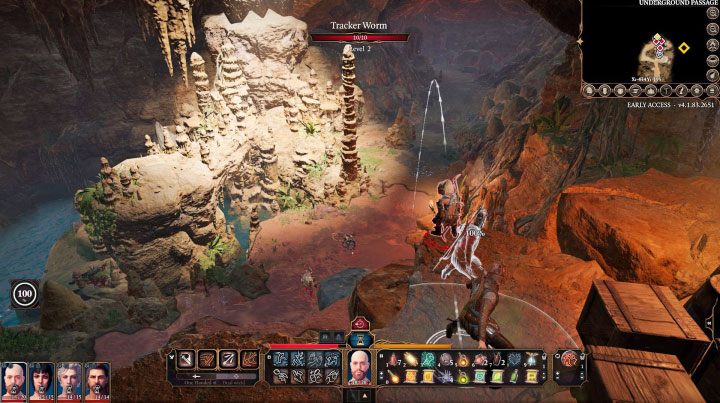 There's a bonus action called Shove, and it's available for all characters regardless of the represented class. You can choose this action from the blue bar to the left of the character's thumbnail at the bottom of the screen.

With Shove, you can seriously weaken or kill opponents. Try to use this action on enemies standing on high rock shelves or near a chasm. When planning a Shove, you will see the opponent's probable "trajectory" (example in the picture). Enemies falling from greater heights will receive more damage. In extreme cases, the shoved opponent may die.