The following page of the guide to Baldur's Gate 3 is a compendium of the character's knowledge of Warlock. You'll learn more about his abilities and patrons from here.

Warlock is similar to a Wizard in many aspects. He can cast only basic spells, but their renewal time is shorter than in the case of a Wizard. This class doesn't offer any specializations. Instead, a patron is chosen to give the character specific skills. Wyll is the Warlock party member in BG3. 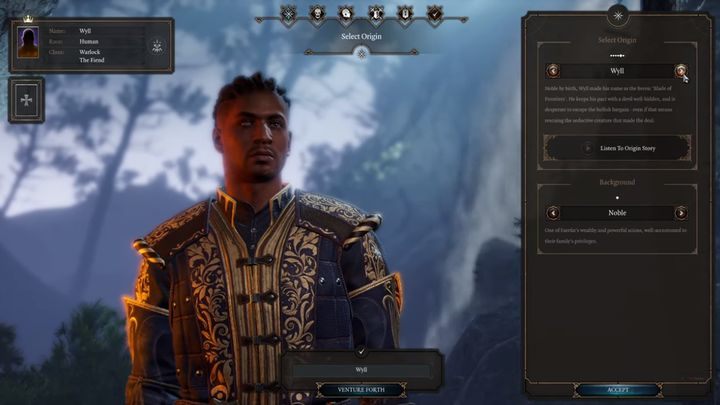 This character class receives Eldritch Blast cantrip and abilities from the given patron from the beginning of the game. At level 2, however, Eldritch Invocation is unlocked, a skill that reinforces some of the abilities, and lowers the spell cooldown.

In the case of Warlock, a patron is chosen instead of specialization. This happens at level 1. You can choose from the following:

Moreover, upon reaching the third level, you receive a reward from the patron. Each offers different bonuses.