The following page of the guide to Baldur's Gate 3 is a compendium of the character's knowledge of Rogue. Here, you'll learn more about his abilities and specializations.

Rogue is a character class that is distinguished by his dexterity, which allows him to efficiently open locks and disarm traps. If you want to get access to locked spaces and chests, this character is a must-have on your team. You can choose a premade Rogue, named Astarion. 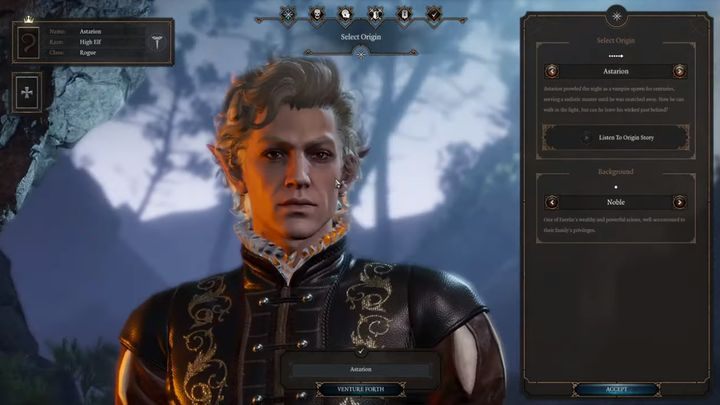 Rogue offers abilities that will come in handy during exploration. Expertise makes some of the character's skills more powerful, such as sneaking or opening locks. Rogues are also well-versed in Thieves' Cant, a special language that offers additional dialogue options during conversations. This class also has offensive abilities  Sneak Attack allows you to inflict additional damage on an opponent who is unaware of the Rogue's presence or currently distracted.

You receive access to Cunning Action after advancing to level 2. The ability awards an additional action point which can be used for movement, escape from the battlefield, or become stealth again.

Baldur's Gate 3 features two different character classes that can be chosen after reaching the third level of the character: