The following page of the guide to Baldur's Gate 3 contains information about the magic-wielding class of characters that is The Wizard. Here, you'll learn more about his abilities and specializations.

The Wizard is a character who is not suited to fight in the first line, as strength is not his strong point. However, he makes up for it with a wide range of magical spells that allow him to inflict heavy damage on his opponents. That's why this class works great as a support. You can choose a premade wizard, named Gale. 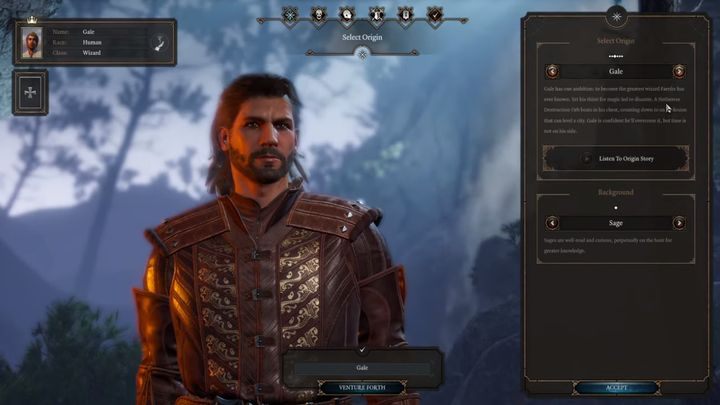 A Wizard can learn a number of different abilities. What type of magic he will develop depends largely on the chosen specialization. His first-level ability is Arcane Recovery, an ability allowing him to regain some of his magical powers.

Once the character reached level 2, Arcane Tradition is unlocked, which allows you to select a specialization. There are only two paths available in Early Access: