On this page of the guide to Baldur's Gate 3 you will find information about fighter, which is one of the available character classes. Here, you will learn more about his fighting styles and specializations available to him.

Fighter is the most versatile character class. He can fight with melee and ranged weapons. Moreover, he can wear any type of armor. As a result, Fighter is a backbone of any party. In BG3, the finished character of this class will be Lae'zel belonging to the Githyanka race. 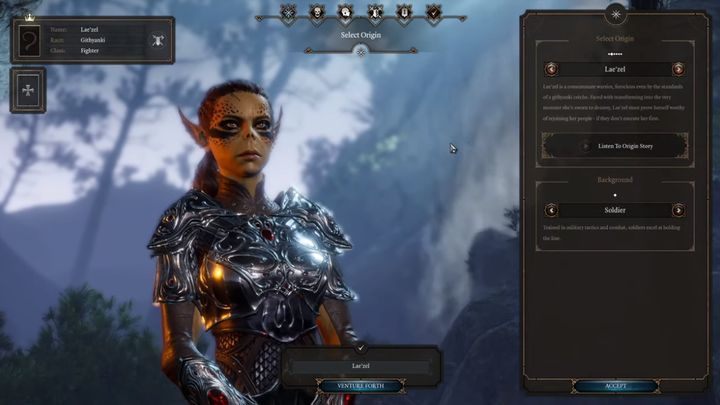 At level 3, the player can choose from a selection of character specializations. You can now choose what path the hero will take, receiving access to a choice of specialized abilities.

At the first level, Fighter must choose one of the six fighting styles:

Baldur's Gate 3 features two different character classes that can be chosen after reaching the third level of the character: