Bhaal's children start a war to destroy Faerun. A war for dominance and their father's legacy. His power, his domain, his throne. Isn't commuting a mass slaughter the best way to gain the right to all of this? And these are only five descendants of the god. The rest of those who have the Lord of Murder's blood flowing in their veins are persecuted and hunted down. Those who survived took refuge in the city of Saradush. Since you're related to this happy family, guess who's gonna have to clean up the mess. 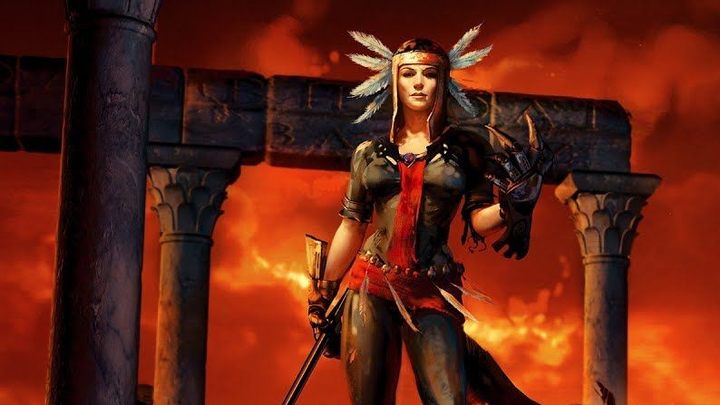 You rest in Suldanesselar, but the peace doesn't last long. Ellesime sends you to the sacred grove to meet the ancient gods. You listen to a not-so-optimistic prophecy. After that, you are attacked by Illasera, your sister. Only of you can survive this. When the offspring of Bhaal falls lifeless, some force pulls you to a familiar place. A place that looks like hell. It turns out to be Pocket Plane, Bhaal's private chamber. It's a lovely place.

You are greeted by Solar, a powerful being who promises to support you with knowledge and advice in the battles ahead. After he disappears, you see a familiar silhouette emerging from nothingness. It's Sarevok. This time he offers to serve you in exchange for a little bit of your soul. You agreed. Your nemesis has become one of your most powerful allies  and if you play the things right, you will even be able to make him good. But this will take a lot of time. In the Pocket Plane, you will also meet a chatty imp who turns out to be one of the greatest engineers in all the Planes and Forgotten Realms.

To transfer to Saradush, you must complete the first of several trials waiting in the Plane. You have to face a potential revenge that could fall on you at some point. You land in the middle of town and watch Melissana, a woman who is said to be looking after Bhaal's children together with the town's leader. She tries to get an audience with Gromnir Il-Khan. His soldiers treat you as a hostile  you have to fight them. The poor guys didn't stand a chance. Melissana asks you to reach Gromnir. With the help of the newly met Sister Fairelle, you find a passage to the undergrounds, deal with the vampires lurking there, and break through Il-Khan's castle. You see the leader arresting Melissana. Gromnir doesn't trust you, he thinks you've come to kill him. The host is clearly insane. The only thing you can do is to fight him. After that, Melissana shows up.

She claims that to stop the siege of Saradush, you have to kill the enemy commander, the giant Yaga-Shura. The giant, however, seems indestructible, so you go on a search for his weak spot. In the mysterious temple, where you also confront your own fears, you learn from Nyalee (who turns out to be Yaga-Shura's guardian) that to kill Yaga-Shura, you must destroy the heart he has hidden away from him. He hid her heart in the same place. Good news: you now know your objective. Bad news: it is hidden under a volcano. Around which the fire giants built a fortress. Of course you're going there. You sneak in or break through a squad of giants and then deal with this minor heart problem. You need to face Nyalee, but in the end you achieve your goal.

Then you go back to Saradush, go to battle with the besiegers, and finally face Yaga-Shura. No negotiation, no mercy. The battle was a carnage. In the end, the hostile commander dies at your hands, and you teleport back to the Pocket Plane. There, you talk to Solar about your past, you are put to another test, and eventually end up near Saradush again. It turns out that most of Bhaal's followers died in the siege. To make matters worse, Yaga-Shura did not act alone; he has two more allies. Luckily, Melissana knows someone you could count on. To get help, you go to Amkethran.

Amkethran is a sandy settlement built around a monastery. You need to get inside the latter place. Balthazar, the leader of the order, is waiting for you there. He points out the location of Bhaal's two children, who worked with Yaga-Shura. He seems to have no preconceptions or even an understanding of your situation. A nice change.

... especially since you will soon face two incredibly challenging enemies. It will be brutal and bloody. After all, it's a fight with your siblings. Only one of you can survive. Also, who wouldn't want to keep such power to themselves (apart from Imoen and Sarevok, but the latter doesn't have much to say about that anymore).

Your first objective is the enclave of Sendai, a Dark Elf. There, you come across all the creatures that haunt you in your dreams after your last visit to the Underdark. You're finally facing the Drow and her squad. You're in for a tough battle with your deceptive "sister". When she dies, you're back in the Pocket Plane. This time Solar is asking you one of the harder questions  about the future. What is your answer? 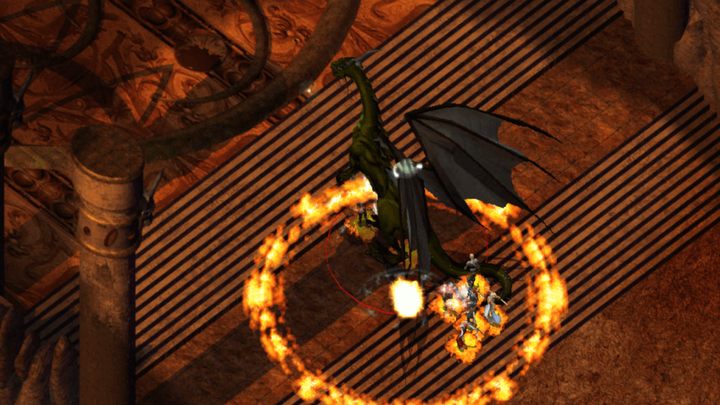 The next target is Abazigal, a dragon. The entrance to his lair is guarded by his son, Draconis. If you think you're going to have no problems defeating the young man, you're wrong. It's a living fortress  you'll be licking your wounds long after this battle. Once you defeat the young man and break through the underground and traps, you will have to defeat Abazigal, a dragon racist who believes that only his race is worthy of Bhaal's heritage. There is only one solution here, fight or die.

After defeating your "brother," you end up in your infernal hideout. With the help of Solar, a vision and a conversation with the dead, you learn about the plans of the "five"  that is, Bhaal's five children. Wait, five? Yes, because the fifth child is Balthazar. You're going back to Amkethram. The gate of the monastery has been shut down, but you find a way to break through (maybe even with the help of your good friend Saemon Haevarian...).

You stand before Balthazar. The monk worked with his siblings and was recruited by... Melissana, who was working with her siblings from the beginning. Balthazar plans to eradicate Bhaal's legacy from your world  and, in the end, take over the power of the god, perform a ritual with which he will kill both himself and the Lord of Murder. The idea isn't the stupidest, but you're finding his plan somewhat problematic. It assumes that you would have to die. An unpleasant option and the monk doesn't want to hear any explanations. Time for a deadly battle. The brother, perhaps one of the few potentially righteous, dies. You move to the Pocket Plane for the last time.

There Solar lets you confront Melissana. She turned out to be the most trusted priestess of the Lord of Murder, and she wanted to take the power of Bhaal for herself  which she told to the god right in front of everyone. Your father should choose his co-workers more wisely. With that knowledge, you are heading for the final showdown.

You land on a big, flat ring that's surrounded by a huge pole of energy. The souls and power of Bhaal's children gather in this place. Now all this power belongs to Amelissana. There is no great philosophy here  only one of you will come out of this clash alive. You are in for a long, multi-stage battle, in which you slowly cut off the ambitious priestess from the source of power. When you finally defeat her, Solar shows up and explains that you actually have only two options. You will either accept Bhaal's essence  or reject it and hide from the rest of the world. What will you become? How will you change the fate of the Forgotten Realms? Will you do it as a god or mortal? You've finally made your decision...

And the saga is over.

The saga is over, but the story of Gorion's Ward continues.

Before Baldur's Gate 3 gets released, you can play the Murder in Baldur's Gate campaign. It takes place just before the events of BG3, one hundred years after Baldur's Gate 2. The uniqueness of this scenario is that it is intended to match several recent Dungeons & Dragons editions (3,5, 4 and Next), not just the latest. It includes a guide to the eponymous city with descriptions of important characters, neighborhoods, and factions.

The story itself contained in the adventure tells of the conflict between the factions that rule Baldur's gate and the Bhaalspawn (yes, some are still alive, and the dead-though-not-quite-divine father himself may be involved in this plot). Larian Studios claims that it will be based on the Murder in Baldur's Gate and reflect the events from that campaign. So there is a good chance that we will see some familiar faces in the game.