As we speak of the good old Baldur's Gate series, it's hard not to weep with nostalgia as we remind ourselves about all the references made to the paper-based role-playing systems.

RPG ( role playing game) - is a game in which players assume the roles of characters in a fictional setting. The gameplay is arranged by a game master - he is a narrator who controls the world, events, and creatures that emerge in the path of the player characters. Sometimes we play the game according to the rules set and decided by a game master, while other times we can use a ready-made system during the RPG session.

Among the most popular RPG systems are Warhammer, Vampire The Masquerade (and the universe created by White Wolf Publishing)  and one of the titans of RPGs, namely Dungeons & Dragons. Such systems regulate how and from which components we can create a character (race, occupation, characteristics, etc.), how we can interact with the environment created by the game master's narrative, how combat looks like  is the outcome of a battle determined by the use of skills, is it based on the player's description, is there any roll of a dice, or maybe it's a combination of all those things? Systems such as DnD tried to cover as much of these topics as possible in order to create an organic environment that stimulated imagination of the participants. 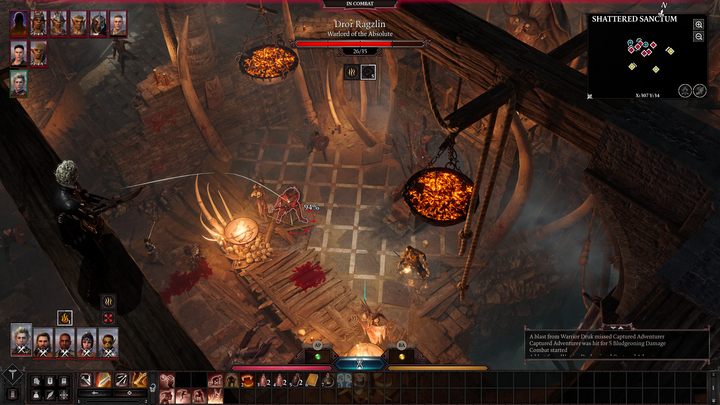 Sounds familiar? Of course, the role-playing game is as old as society, a game in which we share a common story, like a children's role-playing games, where you could meet a Pokemon Trainer, A Warrior Princess, Goku and Garfield (by the way, that would be an interesting team...) played by your friend. The RPG took this natural human instinct to participate in an adventure, gave every story a proper framework and some shape - all these features provide a sense of progression and a satisfying reward system. The characters grow in strength by acquiring more powerful equipment, increased number of stat points, and higher experience levels, often to reach the power of a divine being.

The first edition of Dungeons & Dragons was published by TSR (Tactical Studies Rules) in 1974, and was designed by Dave Arneson and Gary Gygax  the latter co-author is one of the writers of the classic adventures called The Temple of Elemental Evil, which later served as the basis for the video role-playing game of the same title. The game evolved from the Chainmail battle system, where players sent troops to battle against enemy forces on hexagonal boards. Dungeons & Dragons does not deviate entirely from this tradition, as publishers and manuals offer the ability to carry out battles with the help of boards and figurines, rather than using just the pure imagination with a few dice rolls.

Over the years, even more elaborate versions of the DnD system have been created. Baldur's Gate 1 and 2 were using a modified version of the second DnD installment, that is, Advanced Dungeons & Dragons. Baldur's Gate 3 Baldur's Gate 3 is using the modern and more flexible edition of Dungeons & Dragons 5.0 ,which allows players to have many combinations of multiple professions at once and offers a more difficulty-balanced gameplay. Even the first part tried to adapt this form of gameplay and let players to assume a specific role in the most unconstrained way. At the same time it offered a unique visual representation of the Forgotten Realms universe.

Forgotten Realms is one of the most popular settings created for the Dungeons & Dragons role-playing games. Over the years it received such a popularity and acclaim that most adaptations of the DnD system used this universe, among other things, such series as Baldur's Gate, Neverwinter Nights (and Neverwinter Online), Icewind Dale.

Faerun can be considered as the high and heroic fantasy as it includes all the conventions of that genre. It means that players experience adventures in a quasi-medieval land, where magic is a quite common phenomenon, there are dragons flying all over the sky, and in a roadside inn a half-orc bartender serves a mug of ale to an elf, a dwarf and a few human thugs. Also, in the corner we can find a mysterious figure in a hood that surely has some sort of work for us.

The world has been constructed in such a way that even when we encounter some really dark issues (as depicted in Baldur's Gate 2, for example, human trafficking, poverty, gang crimes, corrupt government) we can make a difference, that is, have an impact on various things and make the local environment slightly better. Or make the surrounding world even more devastated place. After all, we play a role and we don't always have to follow the path of righteousness. 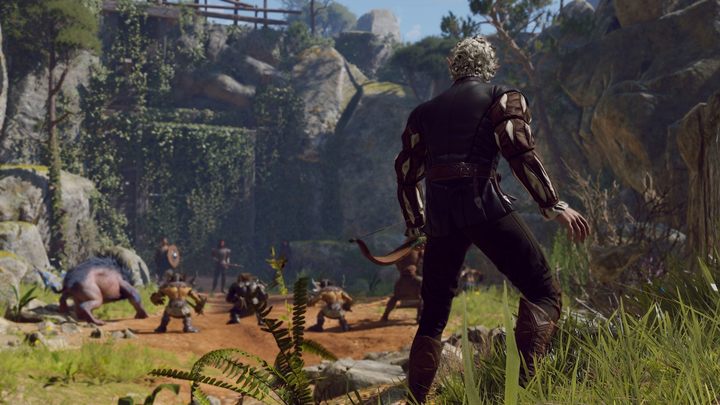 This land is populated by various magical and humanoid races  apart from the mentioned ones, there are halflings or gnomes, as well as fruits of mixed races, including such beings as angels or demons. Goblins and undead await players in the dungeons and vampires can walk among mortals (sometimes). Some dungeons lead to mysterious lands covered by darkness such as the vast Underdark inhabited by dark elves (Drows) and Duergars, also known as gray dwarves.

In general, Forgotten Realms universe is dominated by European accents mixed with a variety of creatures from Scandinavian, Slavic, Germanic or Greek fairy tales, myths and legends. Faerun also contains some exotic elements of Near East and even Far East. For example, a dwarf can carry a genie in a bottle that is being hunted by a mysterious warrior of the desert.

Various gods play a very important role in the philosophy of this world, its myths and beliefs. These ultimate beings can be good, bad and sometimes neutral. Forgotten Realms works a bit like Marvel's Multiverse. This means that there are different dimensions and similar versions of the same reality. The one we will get in Baldur's Gate 3 may differ from the story we know from Baldur's Gate 1 and 2. However, it refers to the canonical ending of Baldur's Gate 2 Throne of Bhaal, chosen by Wizards of the Coast.