In the Atlas game there are dozens of different resources to collect, which can then be used to create new ones or manufacture more effective tools, weapons and pieces of armor. Before you can unlock firearms and heavy armor, however, you will first need to acquire your first resources - and from this chapter you will learn how it can be done. 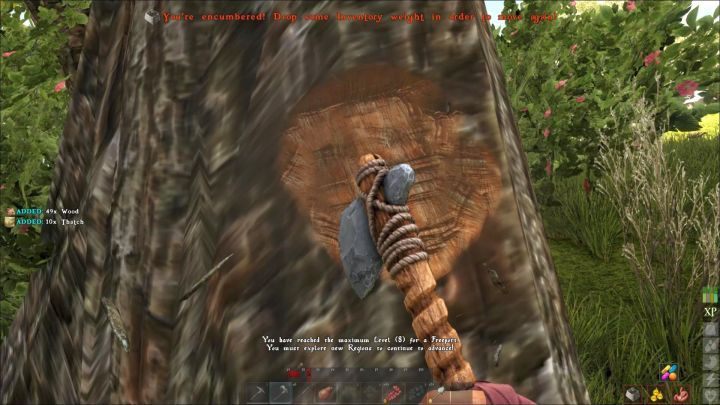 The first thing you need to do is to create the basic tools.

In the Atlas game, the player starts almost naked - without any tools, weapons or clothing - and is thrown into deep water, without the game explaining what to do. First things first, you should craft the most basic tools, such as the Stone Pick, Stone Hatchet and Spear. However, you will need components to create them. To acquire your first resources you must, just like in Minecraft, punch things such as trees and stones - this will allow you to acquire Wood and Stone. This is not the most effective method of acquiring resources, as it damages the controlled character with each strike and allows you to gain a small amount of resources, but this is the only method available at the beginning of the game.

At the beginning of the game, you should focus on acquiring the following resources:

As it was mentioned, you start the game in Atlas without any tools, causing the acquisition of crafting materials to be very limited. Check the following chapter of this guide - "How to create your first tools" - to learn how to create them.