The following page of the Astro's Playroom guide describes the boss fight in the Raytrace Ruins. 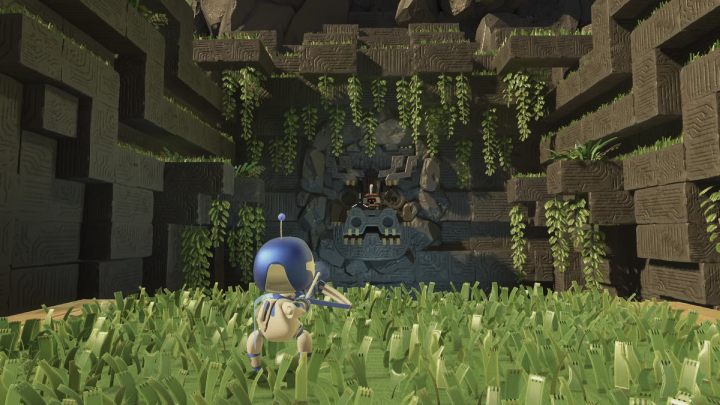 Before you complete the Raytrace Ruins level, you will fight a boss - a stone dragon. Fire the bow at the dynamite on his nose to start the fight. 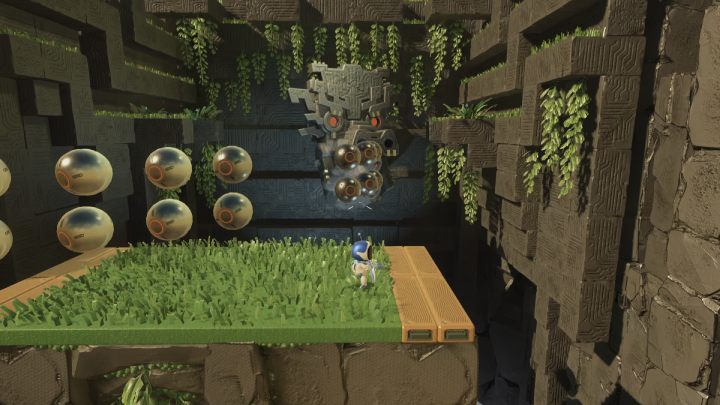 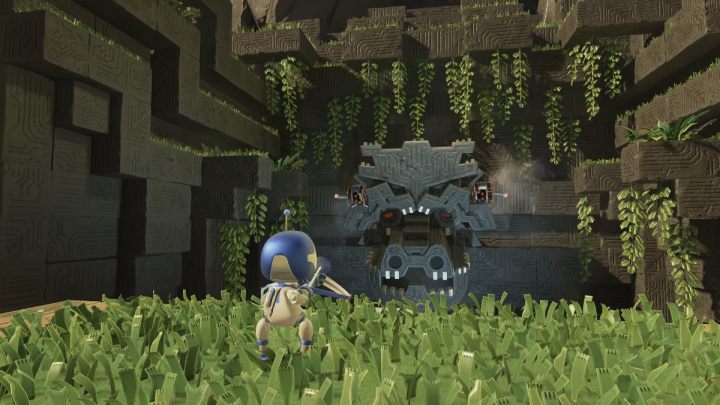 Once you survive the attacks, the dragon will get tired for a moment. Use this moment to shoot down one of the dynamites on his head. 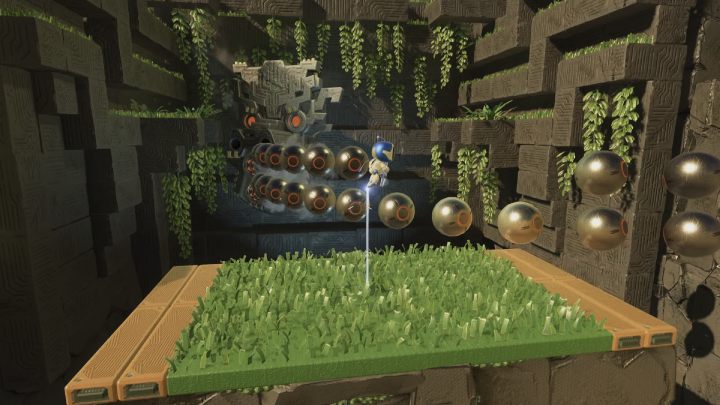 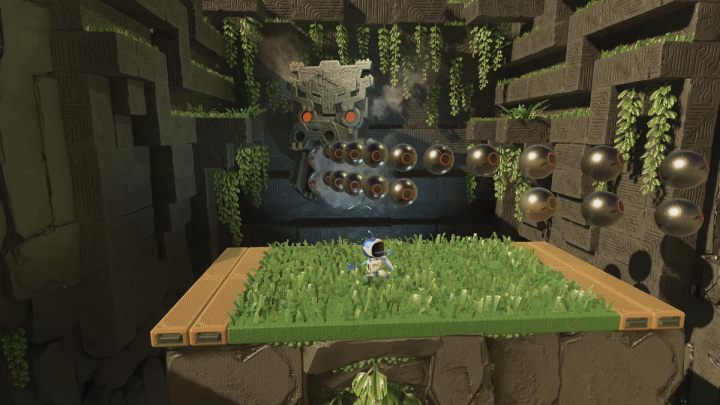 The second round is a little more difficult. This time you will have to fly over the bullets or slide under them. After 3 volleys, the dragon will again get tired for a second. Shoot the second dynamite off his head. 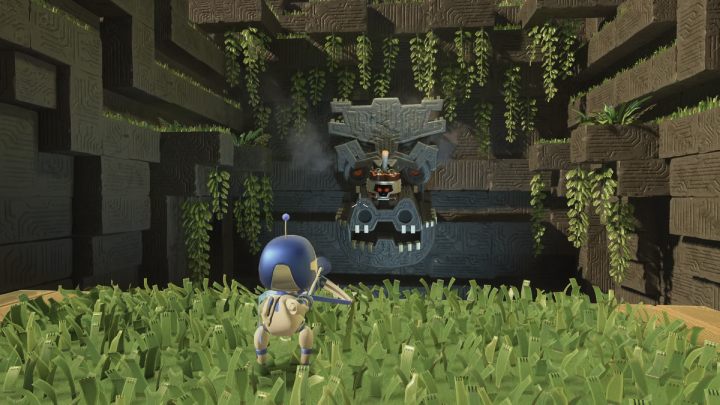 Once again, run away from the 3 volleys of cannonballs and wait until the enemy gets tired. Shoot down the dynamite on the boss's head to finally finish the fight.