This page of the Astro's Playroom guide contains information about the boss fight that occurs in the Orbital Obstacles level. 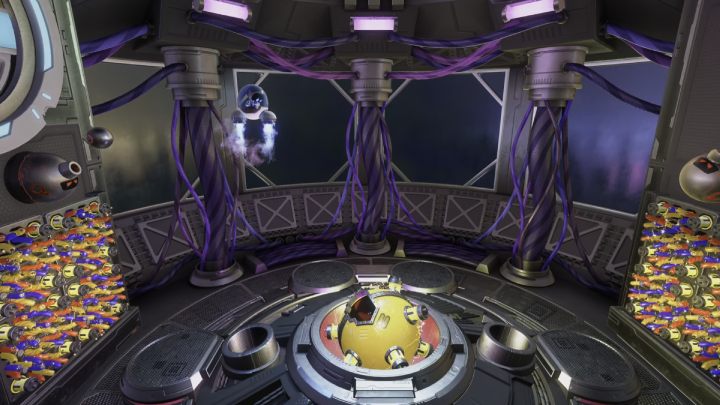 At the end of the Orbital Obstacles level, you will encounter a yellow cannon firing laser beams. An additional obstacle in the fight may be the two enemies located on the walls of the room. They'll be spitting lead bullets. After colliding with such a ball, you can accidentally fall on cables sticking out of the wall or into a laser beam. 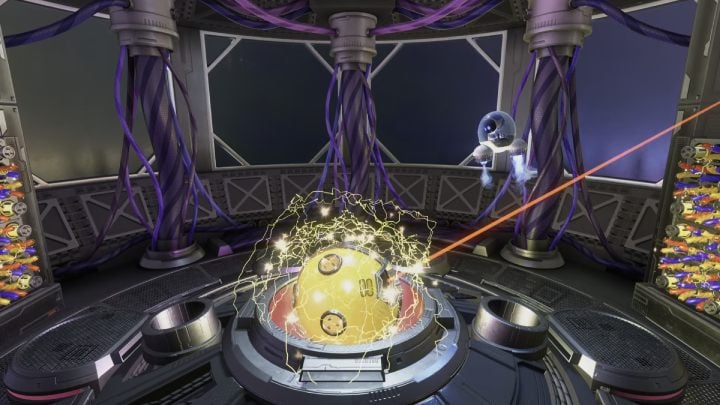 The enemy will aim a red beam at you. If you see an electrical discharge above it, move away quickly because it's a sign that it's about to fire a beam. 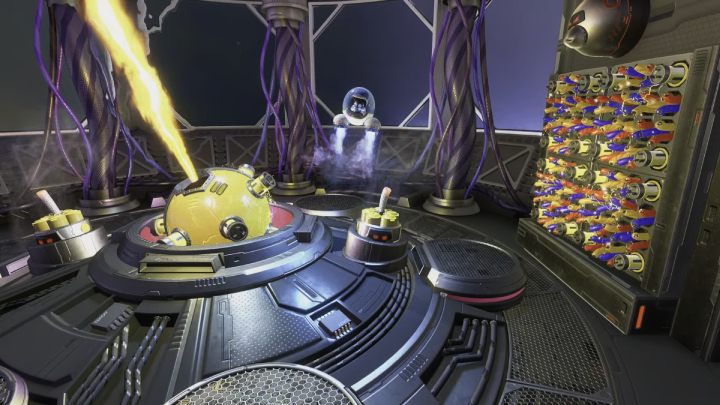 After the beam is fired, dynamites will pop out of two holes in the floor for a moment. Light the fuse on one of them and the explosion will deal damage to the boss.

When one of the dynamites explodes, try to fly directly over the boss. Wait until the boss points a red laser at you and electrical discharges appear around it, then head towards the second dynamite and ignite the fuse. 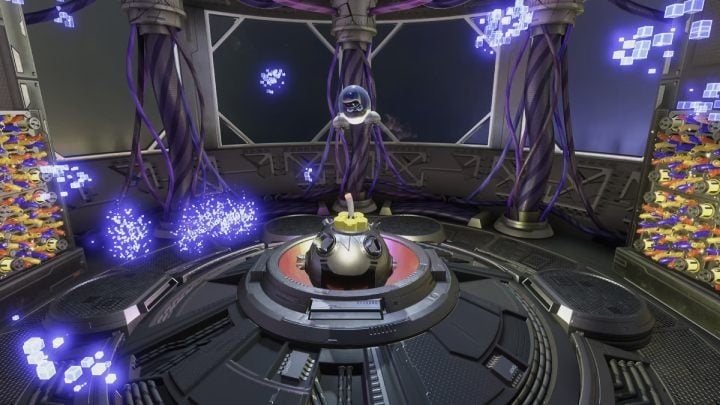 After piercing the armor, another beam of dynamite will be revealed on the boss's head. Light the fuse to finally eliminate the enemy.