The following page of the Astro's Playroom guide contains a walkthrough of 1994 Throwback. Here you will learn how to defeat the final boss T. Rex and where to find 4 artefacts: PULSE 3D Wireless Headset, HD Camera, Dualsense Wireless Controller and PlayStation 5. 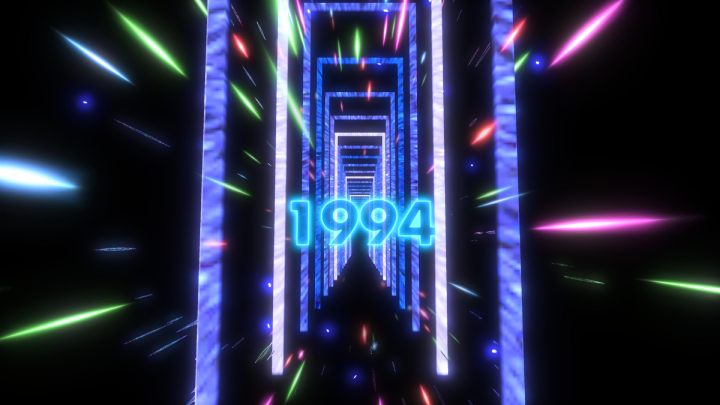 After completing all 4 locations in the game, a message will appear on the screen about mysterious noises coming from the lower level of the CPU square.

Go down the stairs and approach a huge block surrounded by all the bots. Enter through the portal to the last level in the game. 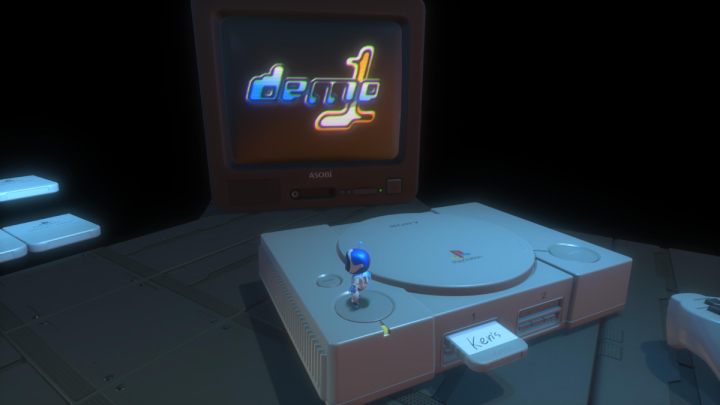 Get on the PlayStation and jump on the button to launch the disc. Memory cards will slide out next to the TV. 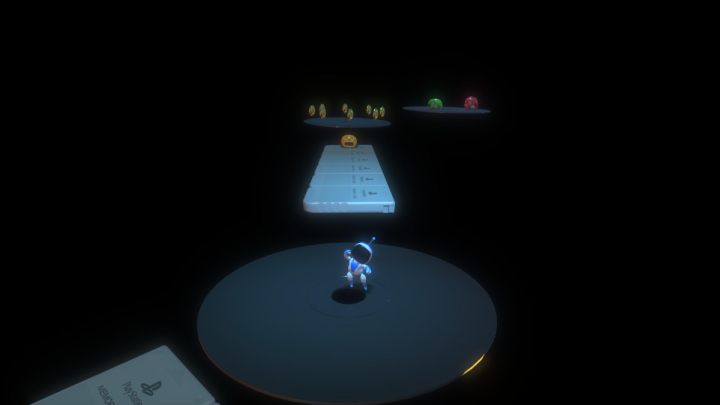 Follow the path, revealing next cards and defeating all the enemies along the way, until you reach the checkpoint. 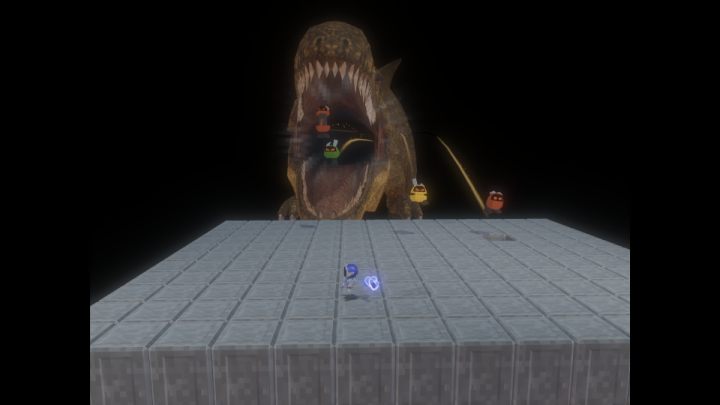 Upon entering the platform, you will receive 2 hearts. This means that Astro will only be able to take 2 damages. After receiving the 3. damage, the game will take you back to the checkpoint and the fight will start from the beginning!

You will face the boss in a big arena. T. Rex will spit out a few ordinary opponents and CDs towards you. Defeat the enemies and avoid incoming CDs. 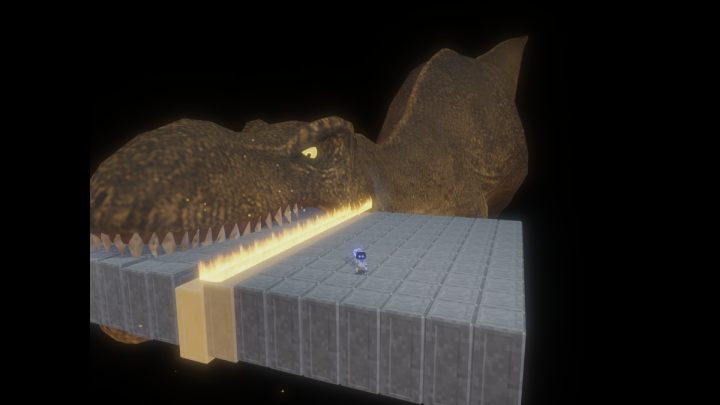 Then T. Rex will start biting the arena. Red and yellow spots indicate the place where he will sink his teeth.

3. bite will trigger a shock wave. Jump over it, being careful not to fall off the platform. 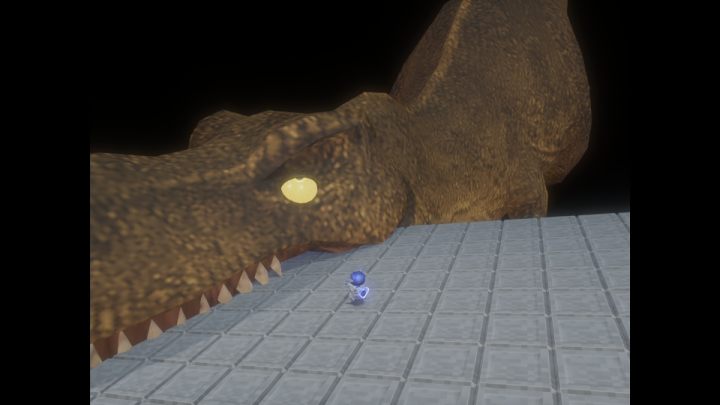 If you survive all of his attacks without taking any damage, T. Rex will get tired for a while. Run up to him, jump up and hit his eye.

Repeat all the steps and hit him in the other eye. 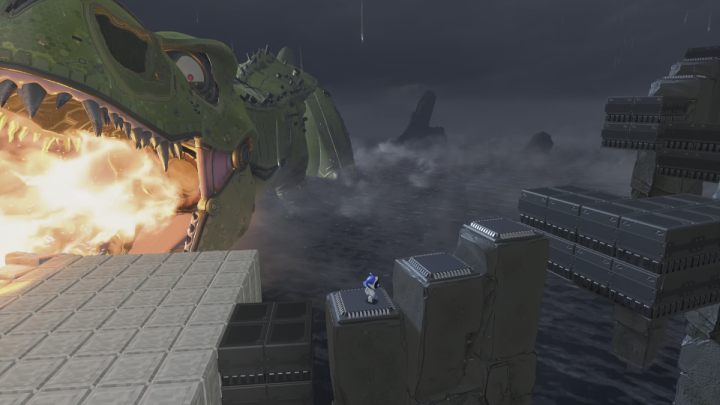 After defeating the old version of T. Rex, the second stage of the fight will begin.

A boss will emerge from the ground in an updated graphic style. Go to the right to the gray steps to escape the fiery breath of T. Rex. 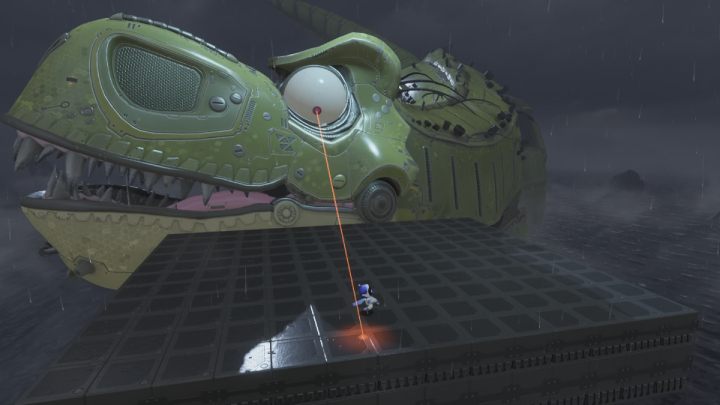 When you get to the second arena, the boss will start the attack with a laser beam. Run from it until the boss makes another attack. 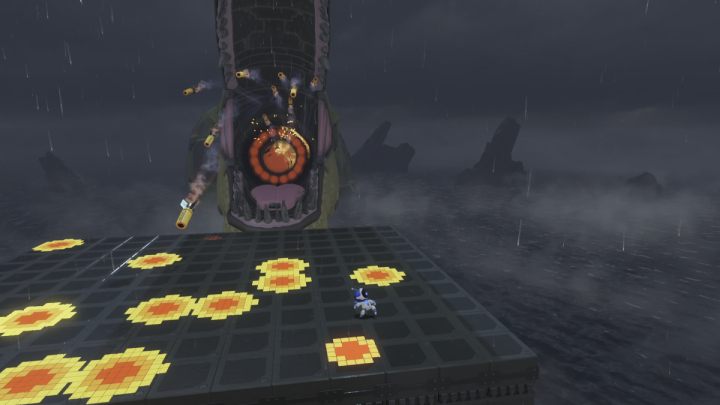 The next part is a little more difficult. The enemy will begin to spit out a series of missiles. Orange-yellow circles indicate the area of the explosion. Be careful not to get stuck in the corner of the platform and not to fall on an incoming missile while using lasers in your legs. 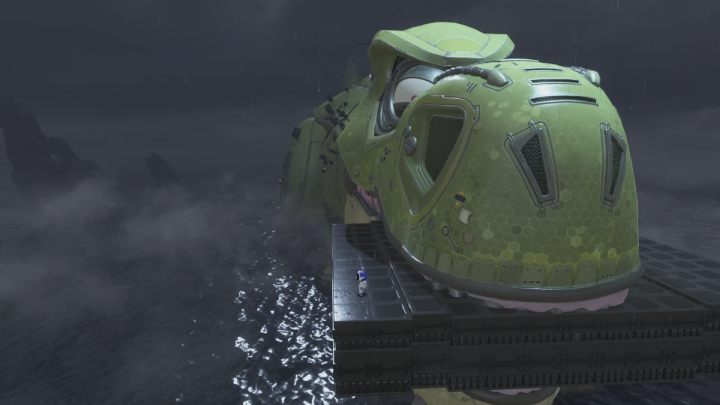 Then T. Rex will start biting the arena again, throwing opponents and DVDs towards you. 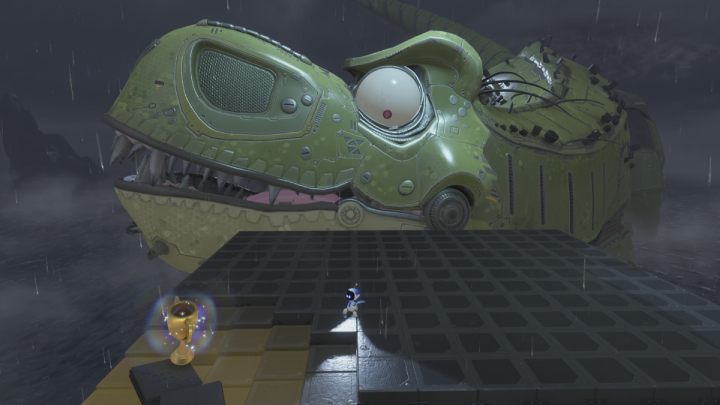 Once you've survived all of his attacks, T. Rex will use the laser beam again. Run from it like before.

The last of the lasers will take longer to locate than normal, causing a larger explosion and revealing a hidden object beneath the tiles. Quickly pick up the cup by pressing square and throw it at the enemy. Then run up to him and hit him several times in the eye.

Survive the second series of attacks and throw the platinum cup at him. Run up and hit him in the other eye a few times. 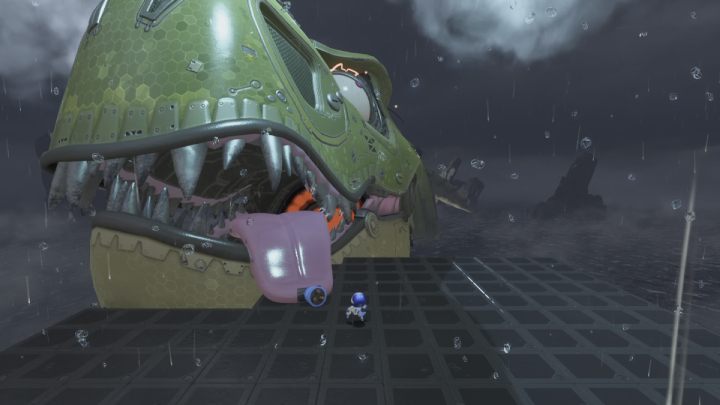 When T. Rex sticks out his tongue, grab the cables and pull them, finally ending the fight. 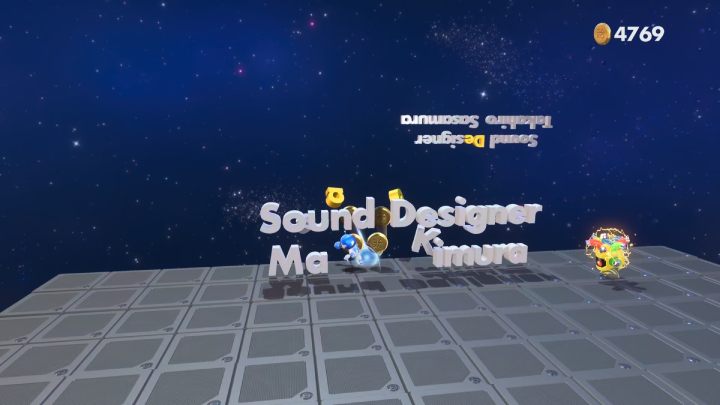 After defeating the final boss, enemies will begin to arrive at the arena. Defeating them will earn you a few coins.

Subtitles will also float through the arena. Hit the yellow letters to collect extra money.

Artefacts of the latest generation 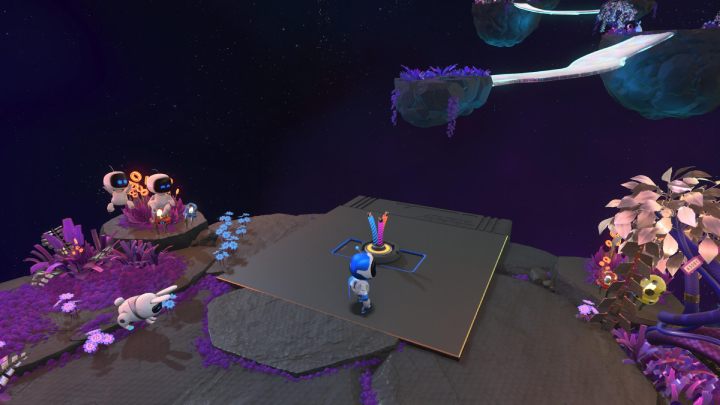 After defeating the last boss and seeing the end credits, Astro will land on the final level.

Follow the road until you find the cables sticking out of the rock. There is a new-generation artifact hidden under them: PULSE 3D Wireless Headset. 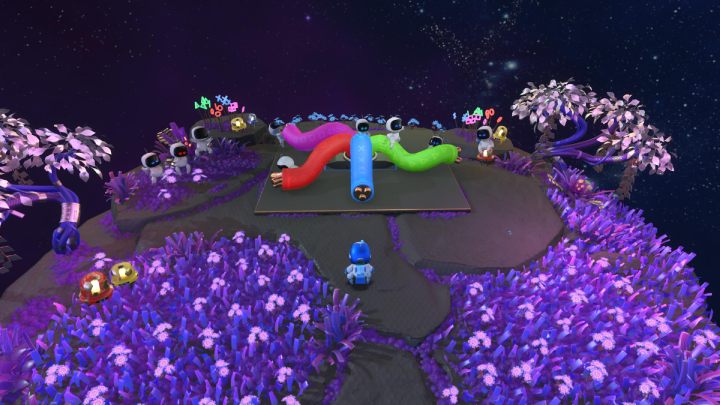 At the end of the level, pulling out the blue wire will get you a PlayStation 5.