This page of the guide to Astro's Playroom contains a walkthrough description of the Frigid Floes level in Cooling Springs. Our tips will help you collect all 4 puzzle pieces and 2 available artifacts - PS Move Navigation Controller and PS3 Game Disc. 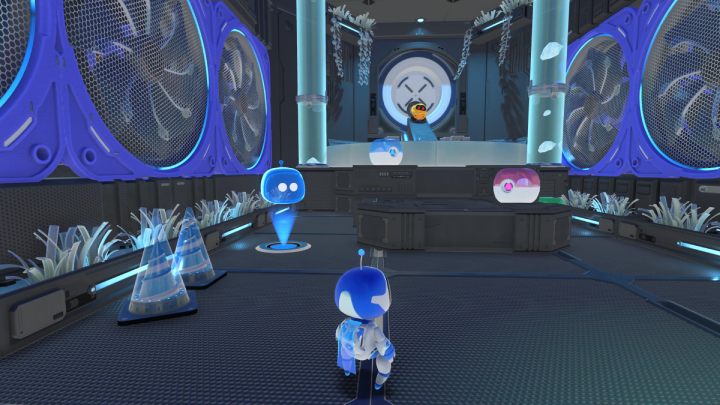 You will start the level in a room full of fans. Turn around and smash the coin Canisters. Then, go towards the checkpoint and jump up a few steps to get on a platform. 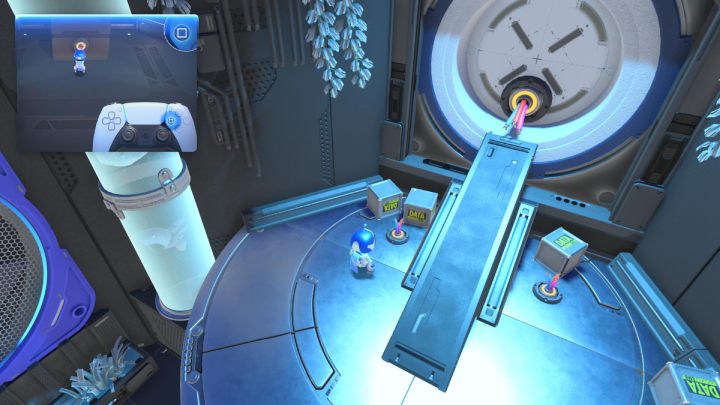 Next to the ramp, you will find 2 sets of wires under the boxes. Pull them out of the floor to get some coins.

Then, pull the wires out of the wall and slide down the tunnel. 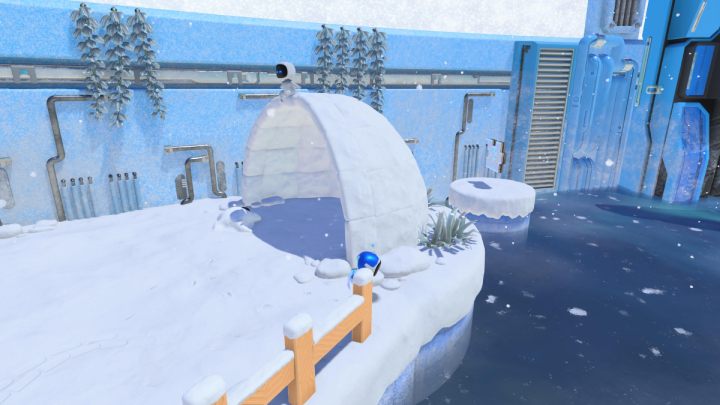 You'll end up on an ice island. There's an igloo to the left. Behind it, on a small island lies the 1st puzzle piece. 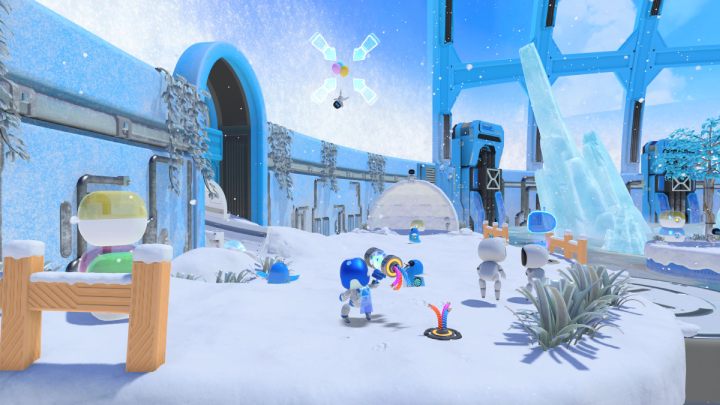 There are penguin-looking bots walking around the island. Hit each one 3 times, which will reward you with a few coins. Then, pull the wires in the snow and throw the element you find at the balloon bot. 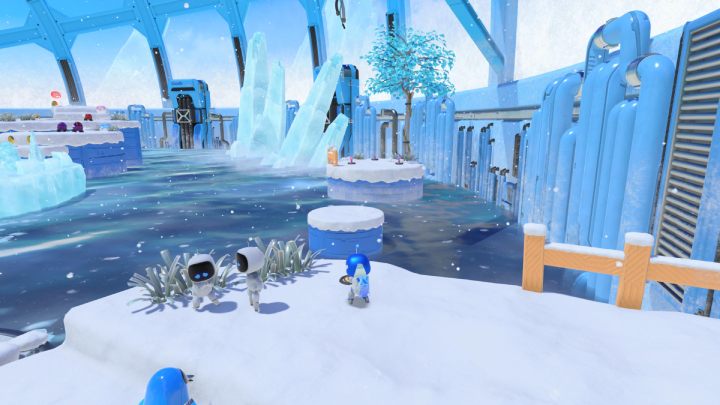 Pull the wires in the snow again and throw the element at the blue object suspended above water. Jump to the island with the tree and pull out all the wires to get the 1st artifact - the PS Move Navigation Controller.

Go back to the checkpoint. 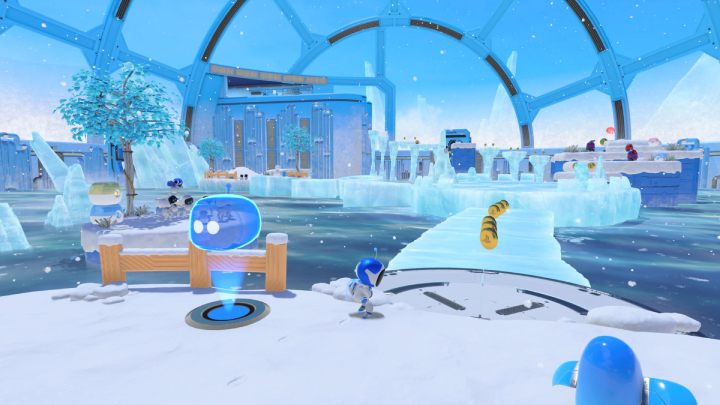 Enter the ice bridge and then jump to the small island on the left and pick up coins from the canisters. Go back to the bridge and enter the round ice rink. 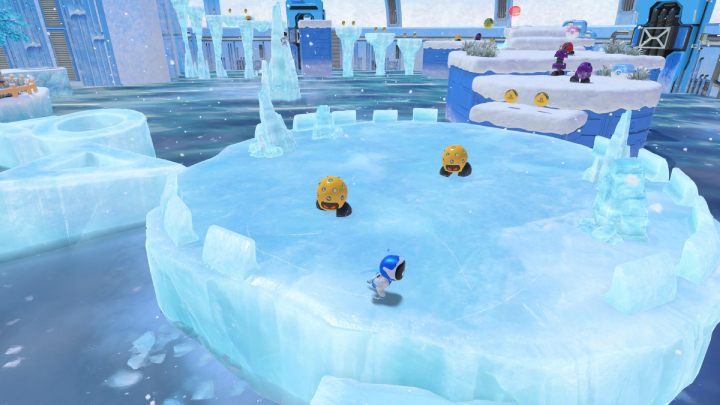 Take out the enemies and smash the ice cubes which hide coins.

Charge a strong attack by holding Square. When Astro starts spinning around, jump 3 times to unlock the Twisted Metal trophy. 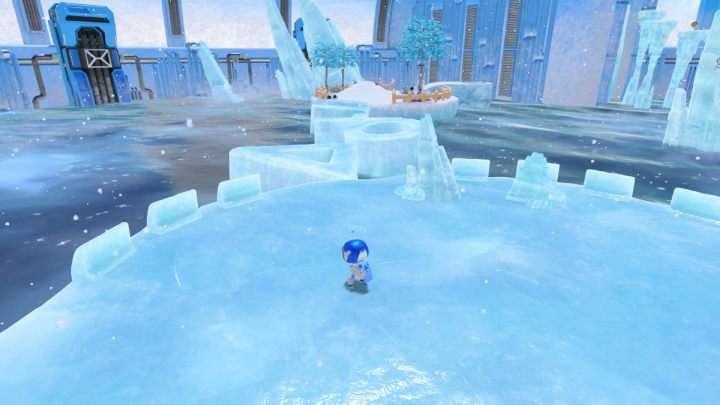 From the ice rink, jump over the ice blocks to a small snowy island. Kill 2 enemies and tug 2 sets of wires. More wires will pop out of the snow. The 2nd artifact - the PS3 Game Disc - is hidden underneath.

Push one of the snowballs and roll it through the snow. When the ball reaches the right size, you will receive the Little Rolling Star... trophy.

You will find a blue trampoline nearby. Smash the glass using the lasers in Astro's legs and jump back onto the ice. 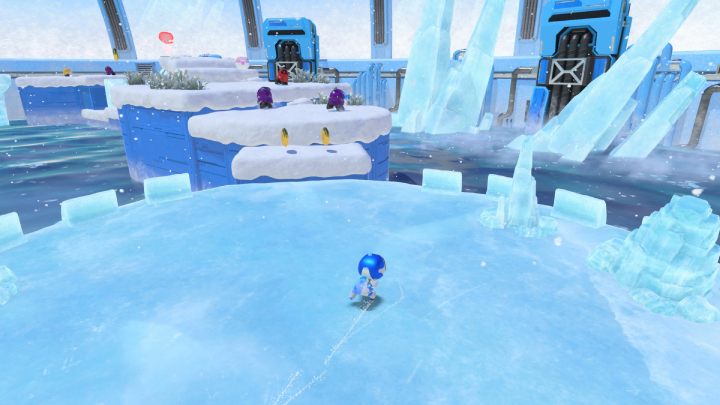 Jump from the ice rink to the snowy platforms. Go to the next checkpoint, defeating enemies along the way. 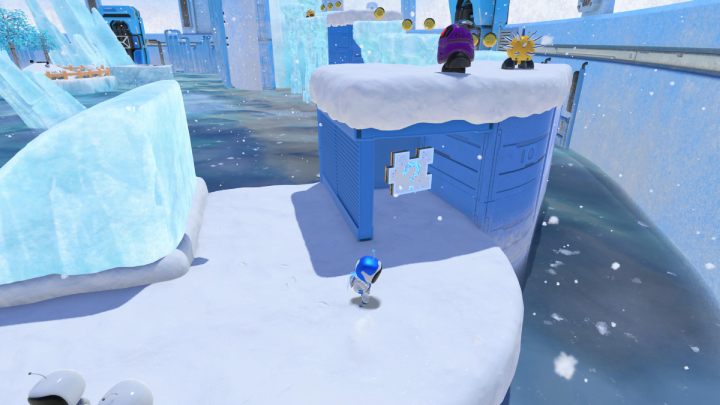 Slide down the ice ramp into the snow. The 2nd puzzle piece is hidden under the roof. There is also a coin canister nearby. Return to the top using the blue trampoline and jump over the ramp to another set of platforms. 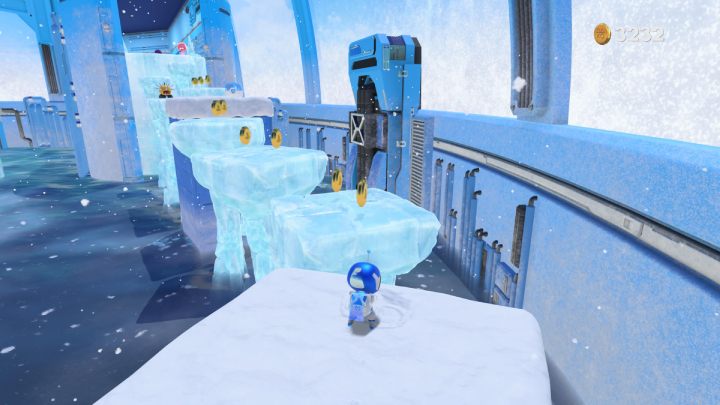 As you jump from one ice platform to the next, remember that they will start falling apart as soon as you land on them. Get to the top quickly, passing or taking out the spiky enemy along the way. 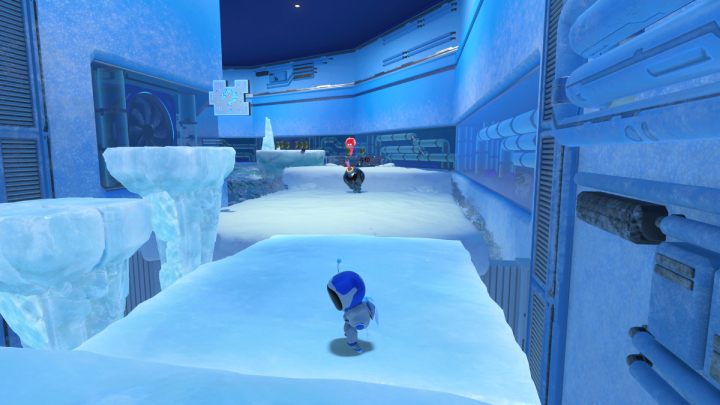 Slide down. On the left side of the tunnel, jump across the ice steps and grab the 3rd puzzle piece.

Go forward to the next checkpoint. 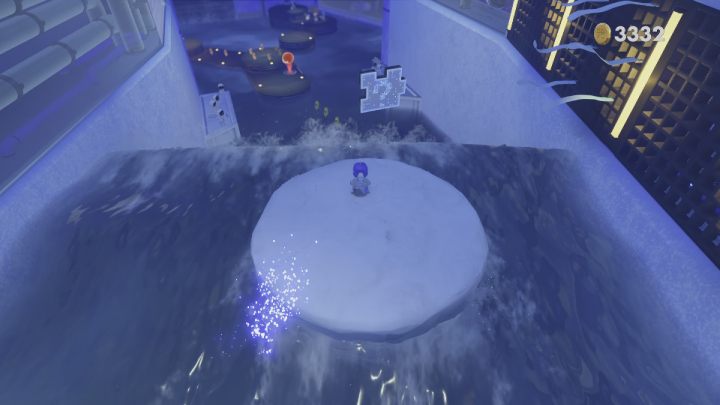 Jump on the round ice platform and turn on the fan. As you move forward, defeat the enemies that will appear and jump to the next ice block. Along the way, just before you reach the waterfall, jump up and take the 4th puzzle piece.

At the checkpoint, jump down to the platform and follow the walkway to the next level.