This page of the Astro's Playroom game guide contains a walkthrough of the Deep Dataspace level in SSD Speedway. We will help you gather all four of the puzzle pieces and the two hidden artefacts - the PS2 Game Disc and the EyeToy Camera. 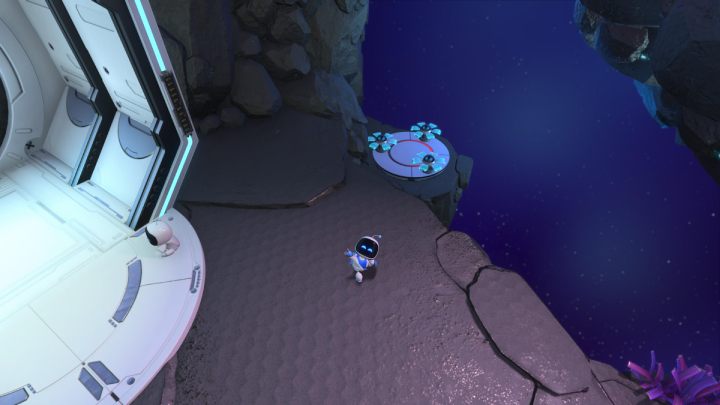 Step off the white platform and defeat two enemies. To the left, you will find a small, protruding rock with three flower-like objects on top of it. Jump on it, hit the flowers with a powerful attack and grab the first puzzle piece. 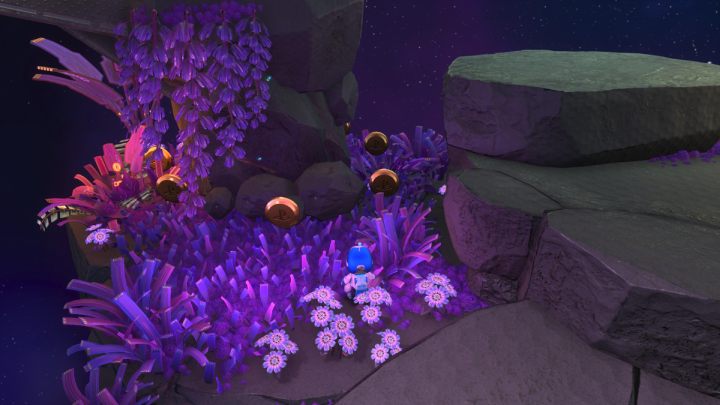 Stepping on the purple grass will cause coins to appear. Circle around the rocks and collect them all until you come across the second puzzle piece.

Climb the stone steps to the top. Pull on the controller's protruding wires. This results in firing a projectile that will hit a nearby rock, rewarding you with some coins. 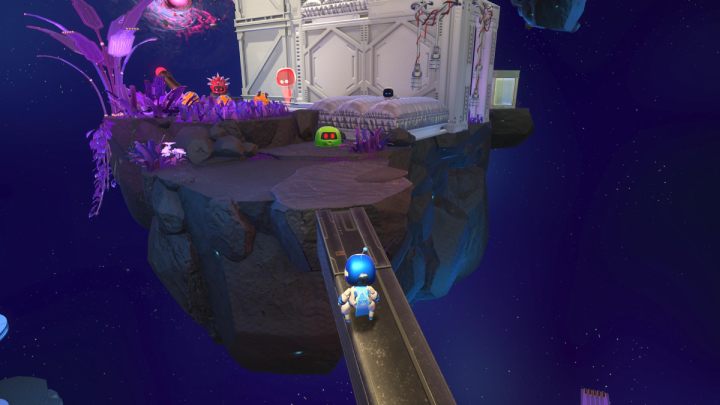 Head to the next rock by crossing the metal bridge and dispose of all the enemies. Next to the checkpoint, you will find another launcher in the shape of a motion controller. Pull on the cables and shoot from it to get some coins. 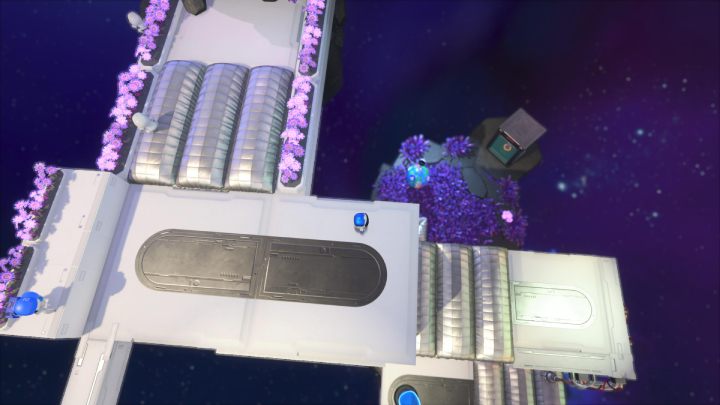 Jump on the trampolines to reach the white platform. Moving the camera will help you spot the small island on the right side of the platform. 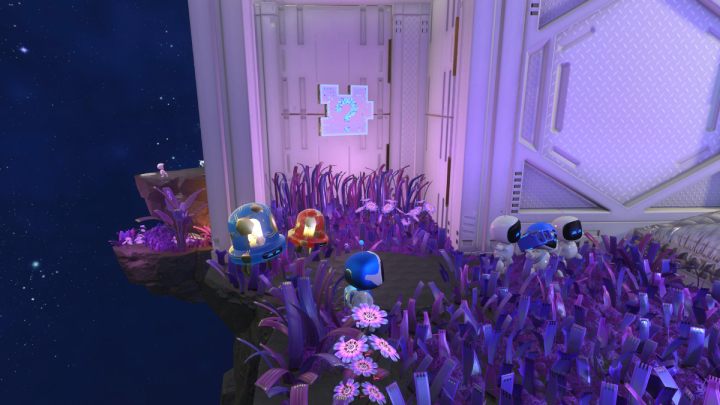 Jump down and grab the third puzzle piece. There is another item nearby, but for the moment you don't have a way of breaking the glass. Go back to the top and proceed to the next checkpoint. 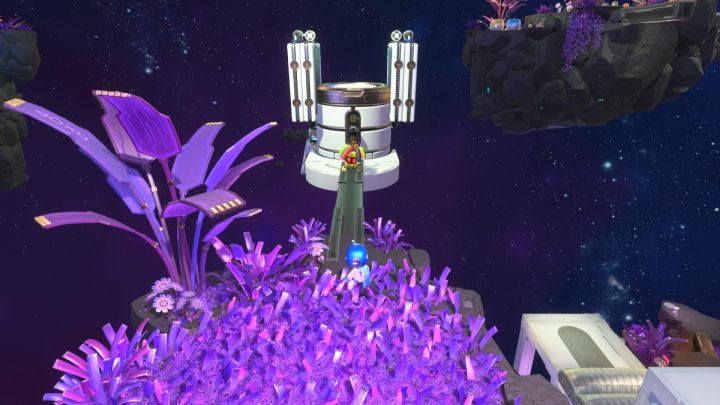 Collect all the coins from the purple grass, then cross the metal bridge. Defeat the opponent with cables protruding from their head, then start the satellite. Jump on it, grab the large coin and jump over to a nearby rock. 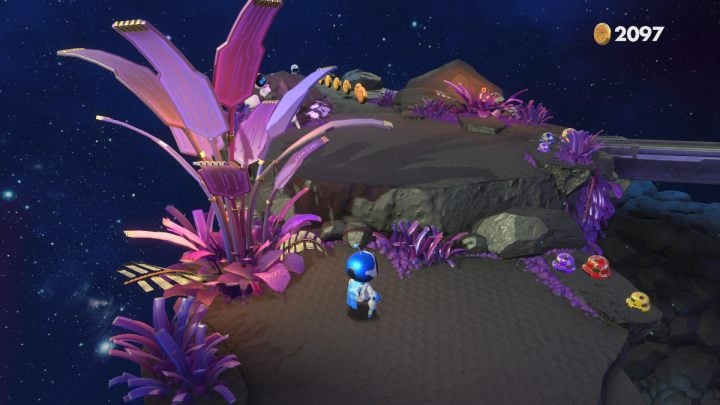 Collect all the coins and pull on the cables. In the asteroid, you will find the first artefact - the PS2 game disc. Jump off the rock, collecting all the coins along the way, and return to the top by means of the trampolines. 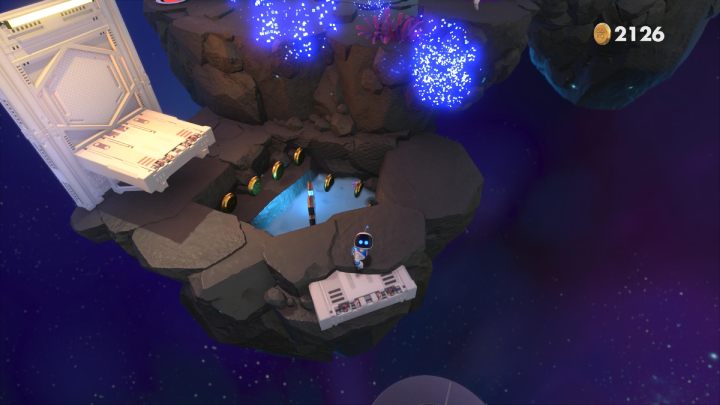 Use the circular platform to jump over to the next rock. You'll find a new type of enemy there. Use the lasers in your legs to light the fuse on their head. The explosion will shatter the rock on which it is standing and reveal the location of the fourth puzzle piece. 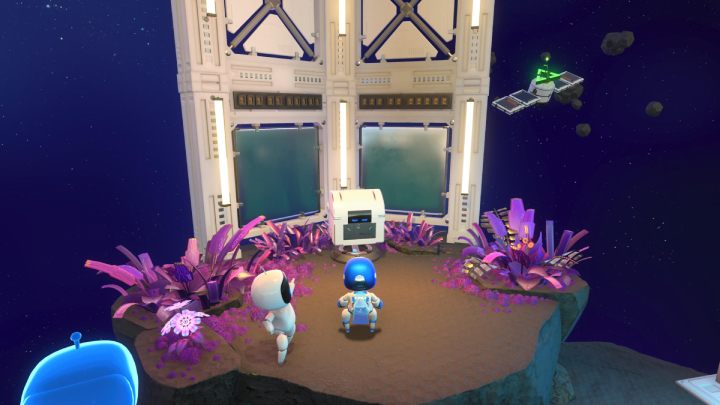 At the next checkpoint, under the cables embedded in the rock, you will find a white chest. Open it and get the machine gun. 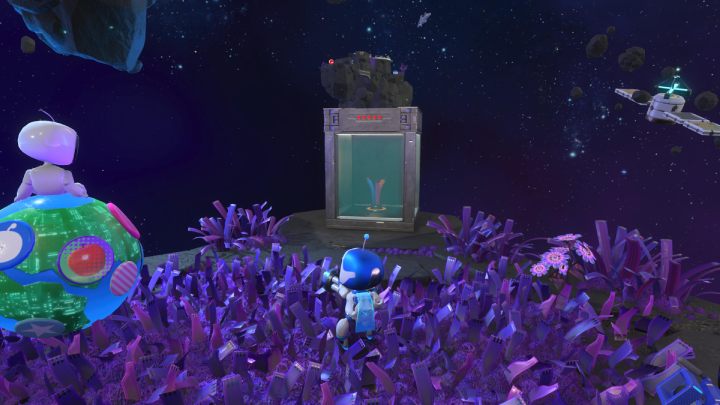 Go back down to the small island next to the silver trampolines where you found the third puzzle piece. Hold R2 to fire the weapon and smash the glass. Pull on the cables and grab the second artefact - the EyeToy camera. 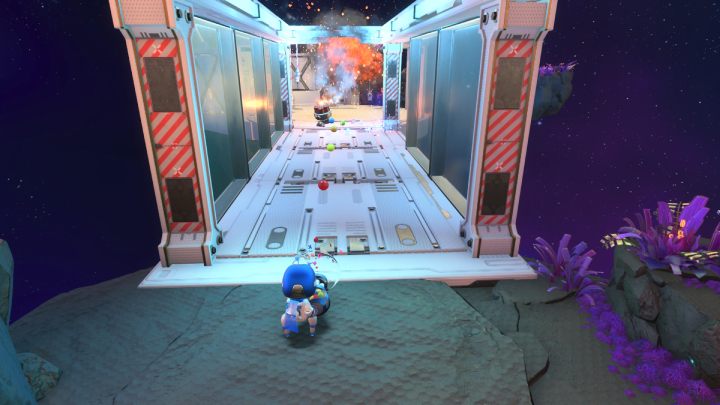 Go back up, open the chest, and get the weapon once more. Smash the glass and kill all the enemies.

When you get the weapon, hold Square and charge a powerful punch. Let go of the button while holding R2. Astro will release a series of missiles, which will unlock the Wild Arms trophy. 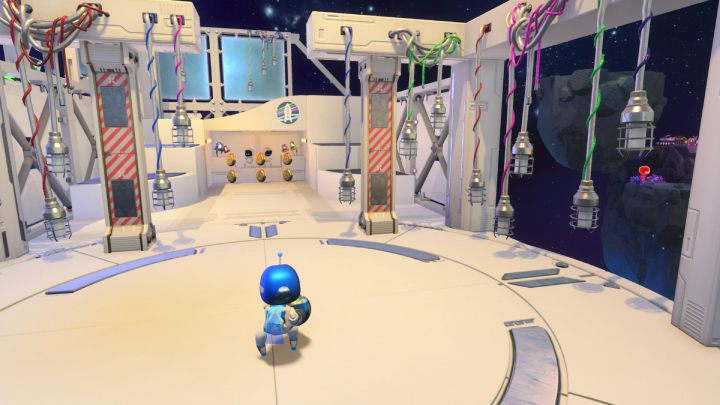 Deal with the next wave of enemies and smash the glass between the stairs to collect the coins. Go up the stairs and jump on the small stone. 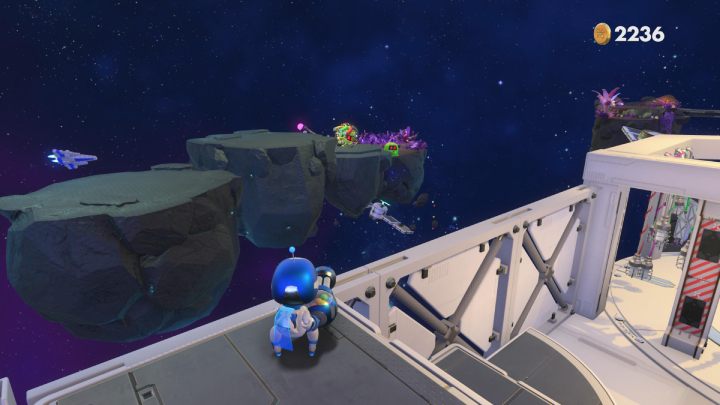 Once you jump on a rock, some opponents will appear. You can jump off the rock back into the white room, allowing you to shoot all the enemies from a safe distance.

Jump from rock to rock until you reach the end, then pull on the cables. Proceed to the next checkpoint. 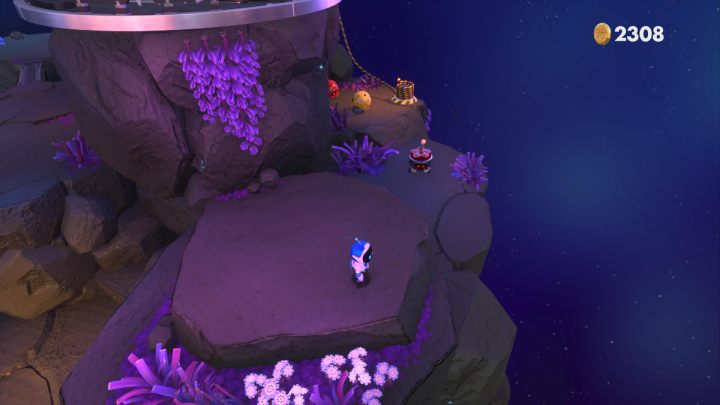 Walk around the rocks and defeat all the enemies you encounter. At the end, light the fuse to break the stone wall. Go up the stairs to reach the next level.