This page of the Astro's Playroom game guide contains a walkthrough of the Caching Caves level in SSD Speedway. We will help you gather all four of the puzzle pieces and the two hidden artefacts - the PS2 multitap and the PS2 memory card. 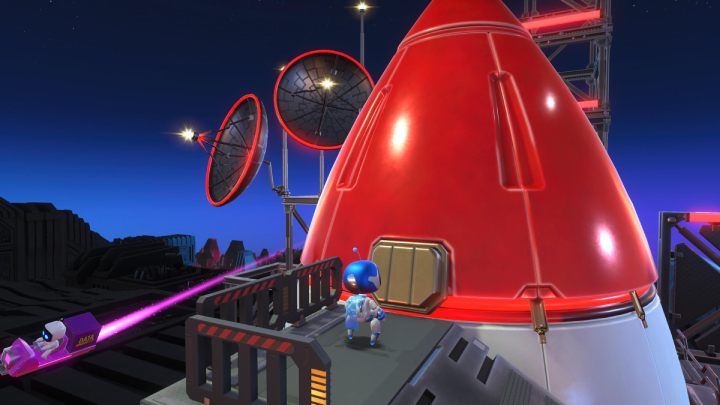 Hit the hatch on the top of the rocket to open it. Pull the wires. Below them, you'll find a new costume - the astronaut suit.

Start the engines by pressing the L2 and R2 buttons. The engine power depends on how hard you press the buttons. Each engine can be controlled independently. Control your character's movements by tilting the controller to the right or left. 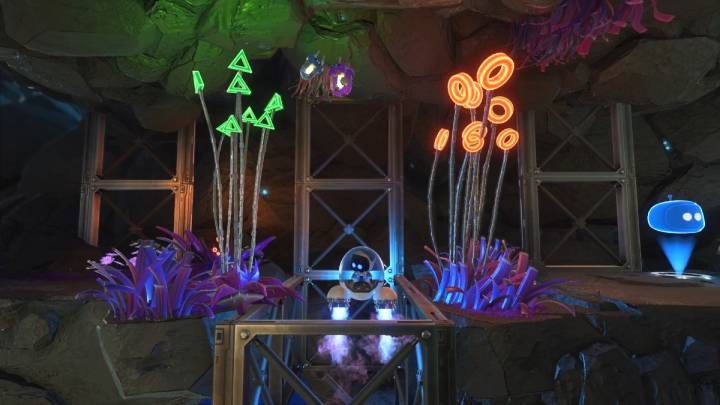 Press the L2 and R2 buttons with force to launch into the skies. Once you reach the top, tilt the controller to the left and land near the checkpoint. Then fly the rocket below. 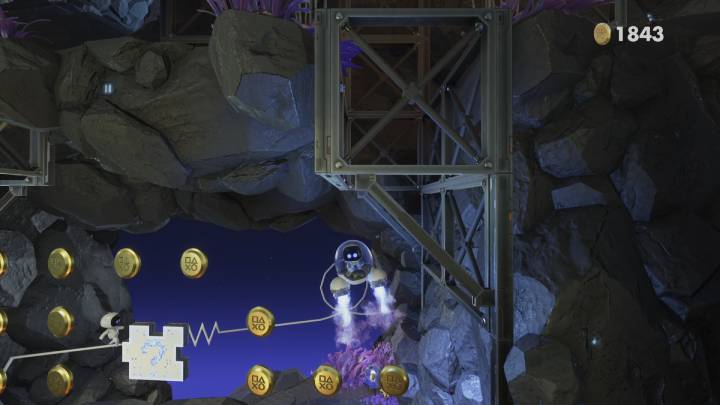 Collect all the coins and grab the first puzzle piece. Fly back up again. 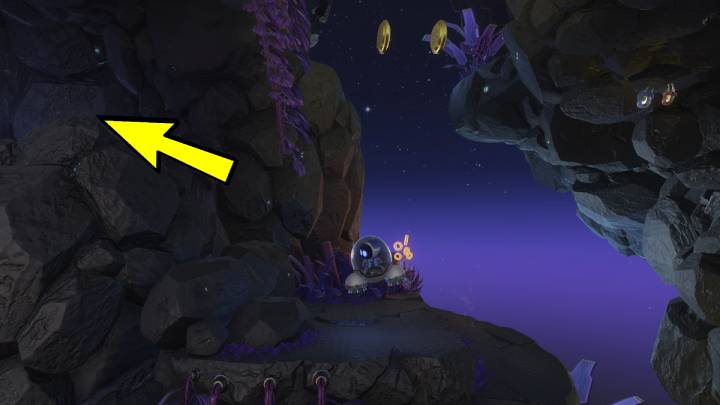 Follow the stones and don't miss the cave on the left. 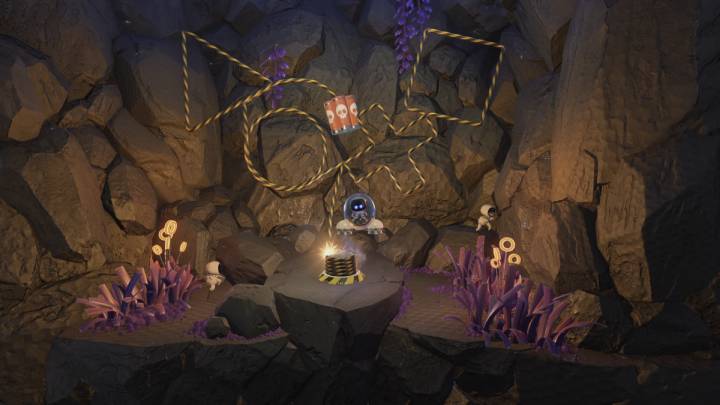 Fly lower and light the fuse using one of your engines. Wait until the spark reaches the dynamite. Don't worry, the explosion won't hurt Astro.

Under the stones, you'll find the first hidden artefact - the PS2 multitap. Leave the cave and head upwards. 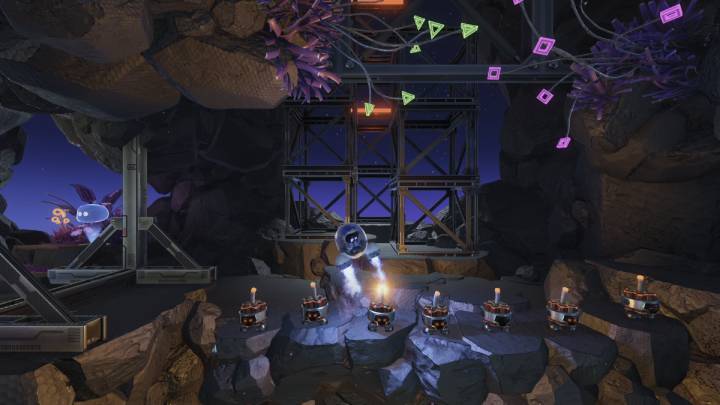 Fly to the next checkpoint, then ignite all the dynamite enemies standing on the stones. Afterwards, fly down below and grab the second puzzle piece.

Be careful not to touch the cables in the walls while flying up. 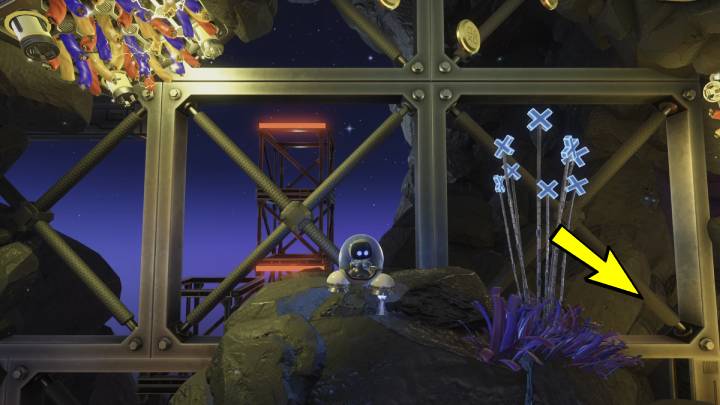 When you reach the coins forming a circle pattern, fly into the tunnel on the right. In there, you'll find the third puzzle piece. 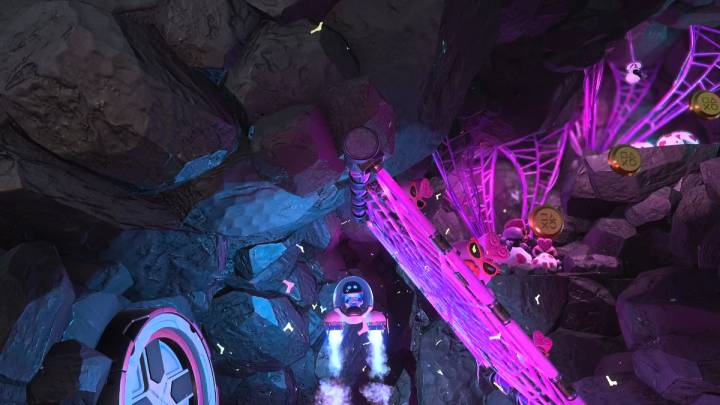 Shoot up straight upwards to break through the pink cobwebs. At the end of the tunnel lies the second artefact - the PS2 memory card. 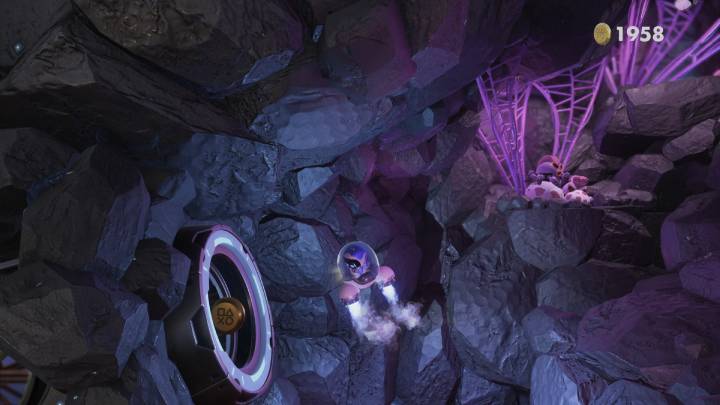 On your way back, fly through the hole with the coins. 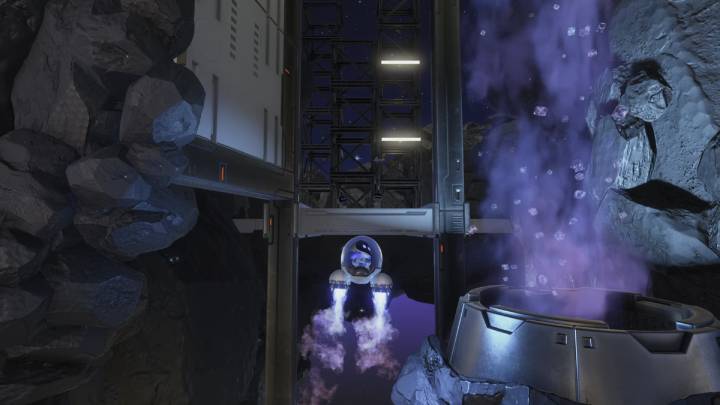 Keep heading up the tunnel. Use the windmills to move faster, but beware of the cables sticking out of the walls.

When you reach the end of the tunnel, avoid the enemy spitting lead orbs in your direction. Then fly through the white door into the space station. 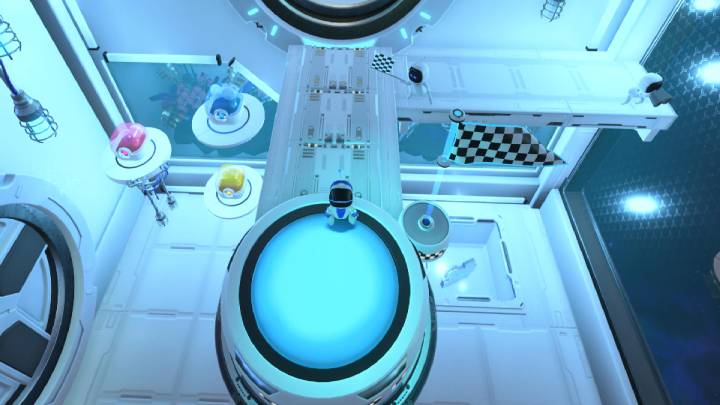 Once you land on the platform, Astro will take off his costume. Jump down. On the right side, smash the glass with the lasers in your legs and grab the fourth puzzle piece.

Head back up using the three circular platforms, grabbing the coins from the containers as you go. To reach the next level, go through the round door.