The following page of the guide for Astro's Playroom contains some tips for getting started, which are aimed primarily at novice players. Here we also describe a few elements that you might have overlooked. 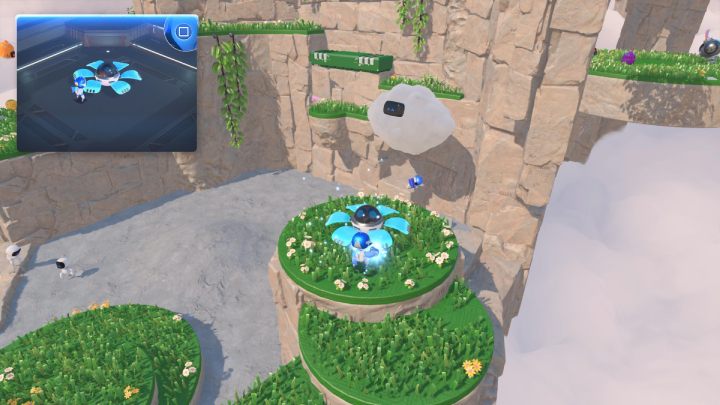 You can make a normal attack by pressing the square. Holding the square for a long while will charge a special rotating attack. Astro then for a few seconds begins to rotate and hit everything in reach.

Such an attack is useful not only when fighting against opponents. Thanks to the rotational force, you can activate hidden mechanisms in elements of the environment.

Laser in the legs 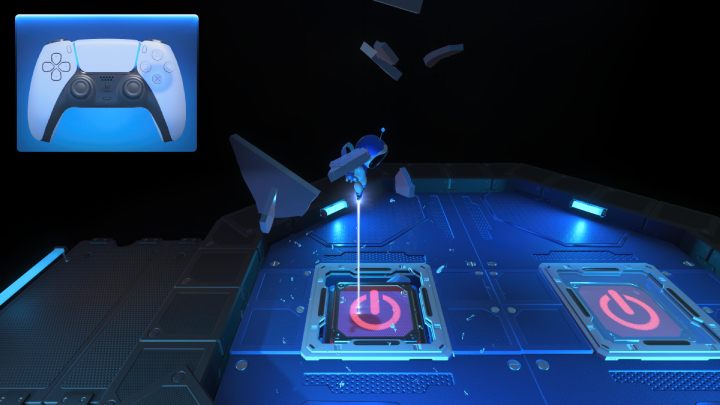 Holding the cross, Astro will launch lasers that will allow him to soar into the air. They will serve not only for performing long jumps. The laser can also break windows on the floor or kill enemies, especially those that are better left untouched. 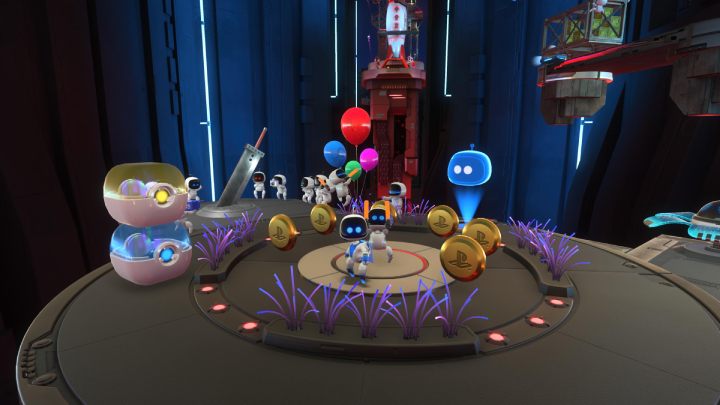 It is worth collecting all the coins scattered in the game. They are also available in colored containers. So search every nook and cranny for more money.

If you want to own all the collectibles in the game, you'll need up to 6,000 coins to win prizes in the PlayStation Lab's prize draw machine.

You can also go through the levels from the start and collect the coins that are renewed there.

In this game, you can stroke some animals, or so... 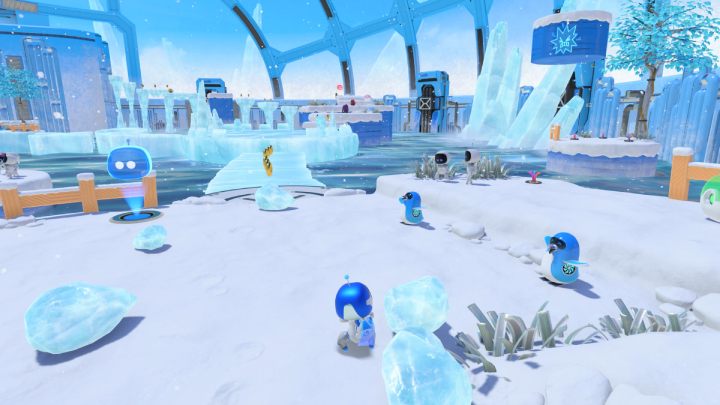 During the passage of the next levels of the game, you will come across a lot of bots. You can stop them in their tracks by attacking them with fists or lasers in your legs.

If you notice animal-shaped bots, go up to them and hit each one 3 times. For one animal you can get up to 7 coins! So it's time to pet these happy penguins!

Collect items for the price of death 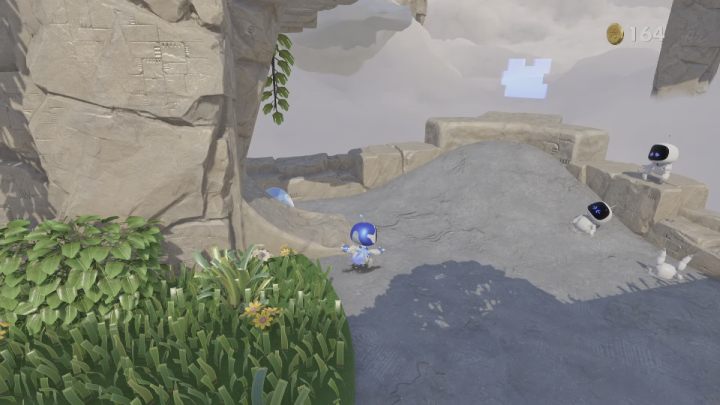 Each level of the game has at least a few checkpoints, so do not worry if Astro is accidentally killed. Especially if he's grabbed a collector's item while performing a difficult stunt.

It is worth mentioning that if you accidentally die by picking up an earlier piece of the puzzle, its place will be replaced by a transparent piece of the puzzle. After touching it, you will receive a few coins. Also, all coins and coin containers are renewed after your rebirth or after starting the level anew.

Turn off the microphone 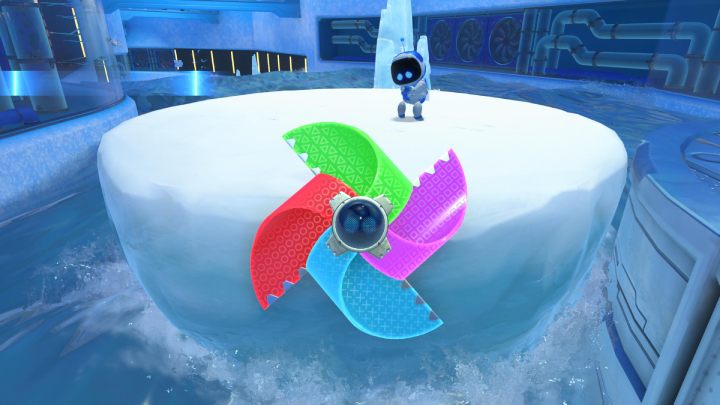 If for some reason you don't like blowing into your controller's microphone, just turn it off. When you encounter a windmill in the game, the interaction will start automatically.